10 Apps For Slowing Down Solos

No matter what instrument you play there's nothing quite like the satisfaction of working out your favorite solo by ear. Here's 10 apps to help out with those tricky bits!

Working out riffs and solos by ear is an essential part of learning your craft as a musician. Not only does it train you ears to recognize intervals and chords that you hear on record but it also serves a much greater purpose, it helps you work out and deliver what's going on in your head! Your ears are your biggest asset as a musician so putting them through their paces by transcribing is good practice.

I can vividly remember sitting at my tape player working out some Gary Moore solo and thinking, "I wish I could slow this down to half speed". A couple of years later my younger brother (who also played guitar) got a Marantz PMD201 (which could play at half speed) for his birthday. Needless to say he didn't get to spend a lot of time with it! 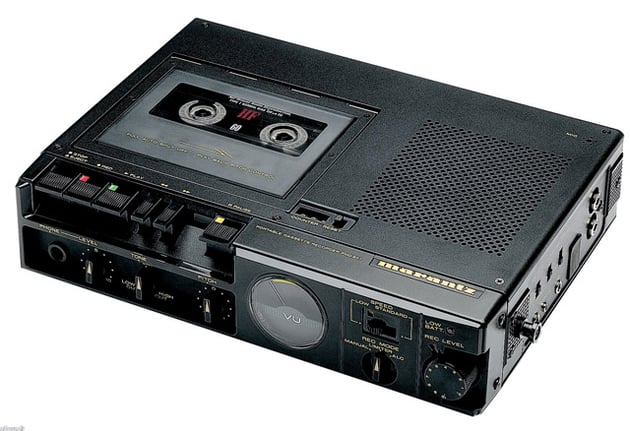 Being able to slow the music down makes transcribing fast passages a whole lot easier. The only drawback with tape based systems was that the music was now an octave lower.

Now technology has moved on considerably and it's now possible to slow the music down to a managable speed 'without' changing the pitch. Here's 10 applications that do exactly that!

Here is the original recording so you can compare:

First up is Quicktime. It's free for Mac and PC. Although the quality is bit shabby (lot's of artifacting) it does the job! Just go to Window -> Show A/V Controls and adjust the playback speed.

Guitar Rig comes with the 'Tape Deck' component. Load in the audio and adjust the tempo. Although the quality is good it doesn't get near to half speed, although it should be fine for less speedy phrases. Mac and PC.

The stand alone version of Amplitube features a file player that can be slowed to half speed. Quality is not so good but again, workable!

Propellerheads new Record software has a pretty awesome time stretch algorithm. Import your file and either adjust the master tempo or Alt (PC) or Option (Mac) click on the clip and drag it out to stretch it. Mac and PC.

The Amazing Slower Downer is made by Roni Music. Costs $49.95 (demo allows you to play the first 3rd of the file!) and what you get is a pretty darn good time stretch algorithm with the ability to loop sections. The example clip is slowed to '25%' of it's original speed and still sounds intact! Mac and PC.

Logic Pros new 'Varispeed' function will do the job pretty well for slowing down complex passages! Mac only.

Audacity is a free audio editing application for Mac, Linux and PC. Comes with timestretching capablities. 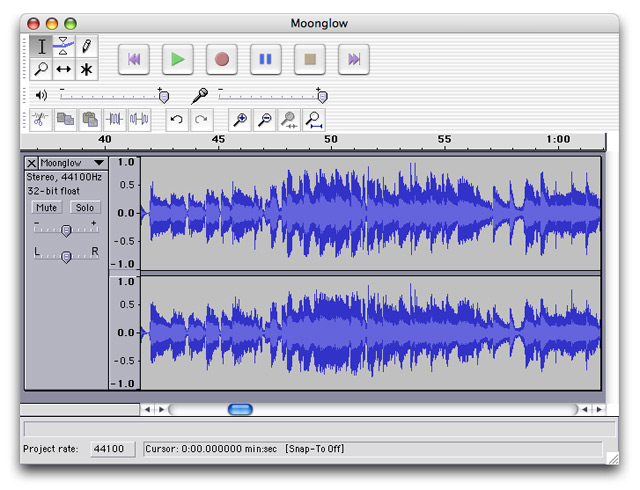 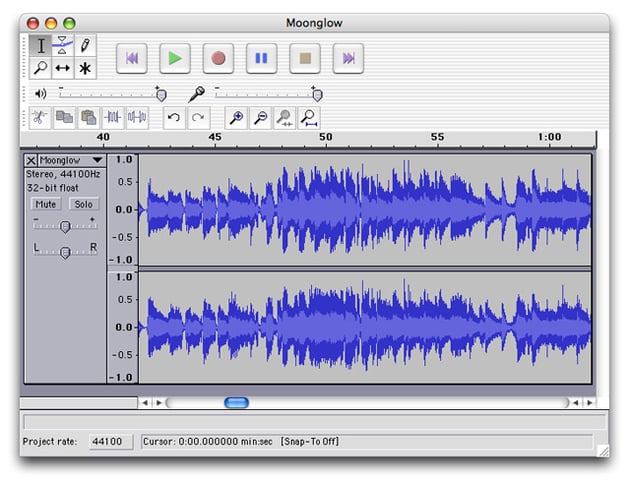 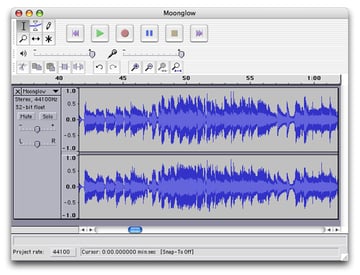 Transcribe by Seventh String Software is a nifty piece of software for transcribing chords or single note lines. Has a built in 'note guessing' feature which works by analyzing the frequencies of the file. The algorithms sound pretty good too. Mac, Linux and PC.

I haven't had the opportunity to try Capo yet as I'm still on 10.5 on my Mac but I have to say it looks pretty cool as a transcribing tool. Besides the ability to slow down the track it also has another pretty cool feature. "By simply drawing atop the spectrogram, Capo will generate tablature automatically for you". Nice!! Mac 10.6 only. 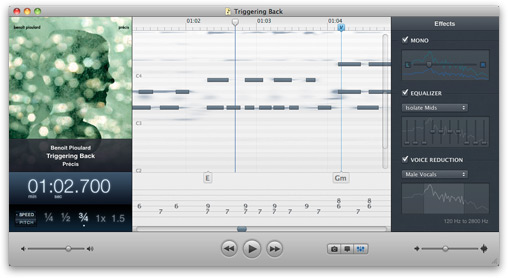 Guitar Shed by Astoundit Software is a one stop shop for all your guitar notation needs. Chord Library, TAB organiser, Tuner and track slow down feature too! Mac and PC.

Transcribing music yourself is a great way to train your ear. Analyzing the music first and creating a blueprint is a really good exercise too. Having worked as a transcriber I can tell you that the more you do it the easier it gets. It will not only help you pick up songs, chord progressions, chords voicings, scales/modes (and their positions) and musical phrases a lot faster but also help you as an improviser too.

If you have any other suggestions on this kind of software or the benifits of transcribing in general don't hesitate to leave a comment.

So the next time you hear a cool solo don't reach for a TAB, try and work it out for yourself. Lot's of people are doing it, I mean where do you think TABs come from? Happy transcribing!

Instruments
Did you find this post useful?
Yes No
Would you like to provide feedback (optional)?
Cancel Submit
Want a weekly email summary?
Subscribe below and we’ll send you a weekly email summary of all new Music & Audio tutorials. Never miss out on learning about the next big thing.
Sign up