Get your hats sounding like a “ticka ticka” action sequence. We’ll do this by varying the volume of hits. This is particularly useful for Drum N Bass and Hip Hop. I’ll be using the default drum sounds from FL Studio, but this is transferable to any DAW.

First, set your DAW to about 175 bpm and paint 16th notes. FL Studio’s step sequencer permanently displays 16th notes so that's what I’ll be using, but feel free to use a piano roll or other type of MIDI editor. Alternatively you could use 32nd notes if you’re doing something downtempo like Hip Hop.

It sounds much like a machine gun, which might get tiring to listen to in a whole song. We can improve the sound by making the velocities alternate between loud and soft. 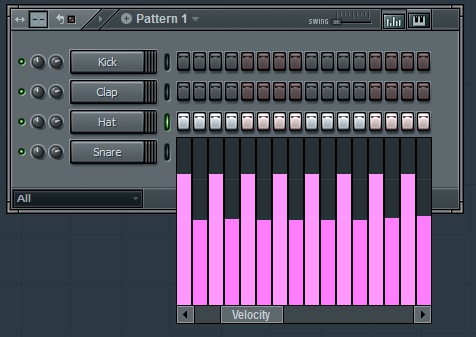 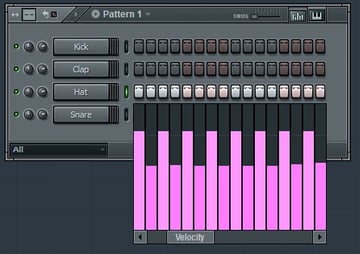 Let’s adjust the length by giving it a tight envelope. Find the ADSR envelope of your sampler and shorten the Decay.

Lastly, we can make our pattern “roll” by emphasizing or demphasizing some of the hits even more, based on what sounds good with the particular track you’re working on. It’s generally a good idea to emphasize the first hit of the bar, but everything else is fair game after that. For this example, I emphasized the first, third, and fourth beats. 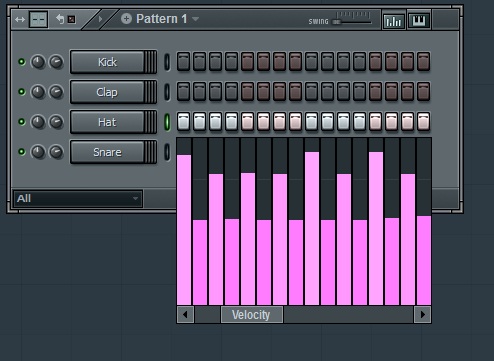 I’ll add a kick and snare for context and play the before and after of our hat adjustments in the audio file. The first two bars are with a flat hat velocity, and the second two bars are the pattern we made in the tutorial.

Sean Duncan
Sean Duncan is a sound design tutorial writer and producer of House and Drum N Bass under the name Vibe Rinse.
Looking for something to help kick start your next project?
Envato Market has a range of items for sale to help get you started.