10 Ideas That Will Get You Playing Music Outside Your Bedroom

Many of us learn to play our musical instruments in our bedroom. Too many of us keep playing them there, too nervous to play in public, or just lacking the opportunity. Here are 10 suggestions to become musical in public.

Audiotuts+ has a very broad group of readers. This article is aimed at those starting out in music by spending time in their bedroom learning the rudiments. But it's also aimed at experienced music producers slaving over their DAW without experiencing the joy of playing live in front of real people.

I'm also really keen to hear about your experiences in the comments. When did you first play in public? How did it go? And what advice do you have to those who are starting out? 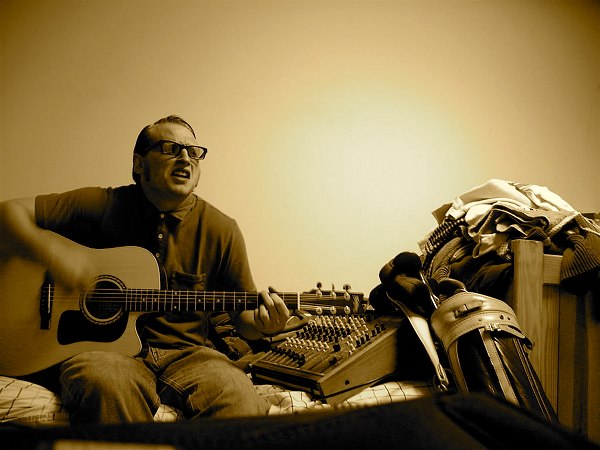 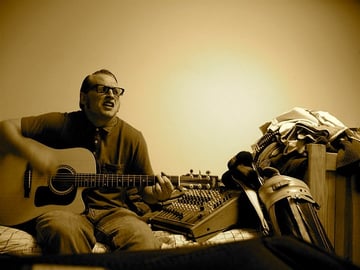 1. Play In Someone Else's Bedroom

Do you have a friend or relative that plays a musical instrument? Get together with them and have a jam. Strictly speaking it doesn't need to be in their bedroom, but that's as good a place as any.

If you can play guitar and know a few songs, take your guitar along to parties, barbecues, picnics, or anywhere you get together with friends. You might find a few people keen to have a sing-along with you, especially as the night goes on and the empty cans start to pile up.

I have friends who are in the habit of taking an instrument with them everywhere they go, just in case the opportunity arises. One friend kept his drum kit in the back of his car, and you'd be surprised at how many gigs he got to sit in on. It was a great learning experience, and got him started in the industry. Another friend brought his bass guitar to my sister's wedding, but that was because he was worried it would get stolen if he left it at home. He lived in one of those neighborhoods.

You don't have to be the official gig of a party to play there, especially if you're among friends. But as you get good, you never know how many paid jobs you'll be offered.

If you're getting lessons, many teachers organize a concert at least once a year where there students get a chance to show off their skill to adoring relatives. If you get that opportunity, take it! The opportunity of playing in front of a crowd can teach you a lot about yourself.

If you're not getting lessons, organizing a concert might be too difficult, though you never know what opportunities are around until you look. And check out the Talent Competition and Open Mic ideas below.

Over the years I've spent a fair amount of time playing music on the street, usually in busy shopping centers during the prime times of the week. It's quite an experience, and I loved it. I don't think there's any better way to get instant feedback on your music - good or bad - from total strangers!

A friend of mine spent many years living on the street of Kings Cross in Sydney with nothing but his guitar. He had to play well if he wanted to eat, and that was a musical education he still tells stories about to this day.

Be aware that in many places in the world you need a license before you can busk. Check this out before you get arrested for disturbing the peace. And remember that you don't have to busk alone. Even just taking a friend along to sing with you can make your experience a lot more fun. And that way you'll only get half the eggs thrown at you.

5. Play In a Nursing Home

If you're keen to try busking but don't think you could handle the rejection, play somewhere that you know you'll be appreciated. There are plenty of places that people are starved for attention, and will appreciate your music no matter how bad you are. Well, almost. And nursing homes and retirement communities are a great place to start.

Quite a few times over the years I've played music in nursing homes. Sometimes on my own, other times with a friend, occassionally with a whole band. Some times I went back monthly, other times it was a one-off gig. But every time it was much-appreciated. Schools and preschools might offer similar opportunities.

Not all types of music lend themselves to nursing home visits, though. When I lived in the Blue Mountains I had a teenage friend who wanted to start a punk rock band to play in the local nursing homes. I'm sure the elderly folk there are glad they never got past the rehearsal stage.

If you're playing with a friend regularly and things are starting to cook, consider pulling a few more friends together and starting a band. Bands don't have to start big - three or four people might be enough - and it's probably easier to set the direction of the band and develop a distinctive sound when there's only a few of you.

If you've been in a band you probably know that it can take a lot of time and practice for things to come together. This isn't a bad thing, and you'll learn a lot even if you're just a garage band for some time. Choose some songs and stick at them until you know them back to front and they sound great.

If you get to this stage without killing each other you can then start to think about gigging. You might become a local hit and go on to bigger things!

This suggestion isn't for everyone, but church is one place that normal people get the opportunity to play in front of a crowd week in and week out. And this usually comes with a sense of commitment and achieving something for a higher cause.

I've often noticed on Australian and American Idol that there is a fairly high number of people in the top 12 who sang in church. That would have to be partly because of the opportunity to perform in public on a weekly basis for much of their lives, not to mention the endless practice sessions.

I'm using "church" in a generic sense here, and churches vary as much in their musical styles as anything else. Many of them have quite contemporary music these days. After playing music in church for several decades, I can certainly say it's helped my playing and given me the opportunity to play with some amazing musos.

8. Play At a Christmas Carol Event

Every year like clockwork I see dozens of Christmas Carol events in schools, parks and shopping centers. Some of these are very professional events, while others (while not necessarily sounding any less professional) feature the talents of musicians from the local community.

I've had the privilege of organizing quite a few of these types of events, and one of my favorite parts of the job was discovering the local talent. A guitarist would know a bass player up the road. The keyboard player lived next door to someone who played dobro on some bluegrass albums a decade ago. Someone would introduce me to a professional opera singer who lived locally. Musos would come out of the woodwork.

Try to find out who is organizing your local carols, and see if you can get involved. At worst, wait until they are on this year and grab someone in the band after it's finished to find out how to get involved next year.

9. Try Out In a Talent Competition

From huge TV events like American Idol or Australia's Got Talent a talent quest at your local club or karaoke bar, there are plenty of opportunities to get to sing or play live, and get some helpful - and possibly painful - experience.

Not long after I started playing keys my teacher entered me in a talent competition run by a local music store. I hated him for it! But I went anyway. The pressure made me practice all the harder, and learn the song to perfection. My family (who had never heard me play before) came to support me.

I nervously got on stage and did my best, which I think was pretty good - though I was severely out-classed by some of the other contestants. And I still remember the written comment made by one of the judges: "You looked awful, pal."

Your local pub may host some open mic nights for up-and-coming talent. These are usually more relaxed than talent quests, and without all of the hype. But you won't want to try one until you're fairly confident of your playing and/or singing. If you feel comfortable and do well, you might want to try out for a more permanent gig.

Well, there are my 10 suggestions about how you can ease your way out of your safe bedroom and start playing in front of others. Take it slow, enjoy the experience, give yourself permission to make mistakes, and learn from them. You might even bring some joy into the life of a stranger.