In Part 1 of this tutorial we had a look at the very useful Ableton Live Utility device and also at a few examples of its use. In this part we are going to look at some more involved uses of the device that may come in handy in your production.

A number of great effects can be achieved with the bottom two switches of the Utility device. Remember, if you were to mix the original audio signal with its inverted one you would essentially get silence on the Master channel. In my Side Chain Compression in Ableton Live 8 - Part 1 tutorial, I describe how to sidechain multiple signals using the Utility device's phaze inversion capability to cancel out the original signal and keep only the sidechained one. In Part 2 of the tutorial, I explain how to duck a frequency range using EQ and the Utility plugin.

Another great use of the inversion technique is when you want to extract and listen to the audio that is being removed after an MP3 conversion. Just take any track from a commercial CD and extract it to a lossless format (WAV, AIFF, etc). Convert the resulting audio to an 128 kbs MP3 file. Create two audio channels in Ableton Live and drop the high quality and the mp3 track into those two channels. In my case, the mp3 conversion created a small empty space at the beginning of the MP3 file. In that case, I had to remove the empty space by zooming in really close into the sample adjusting the beginning of the clip to vertically line up exactly at the same sample with the other file. Also, make sure that both files are unwarped.

Both files lined up correctly and unwarped.

You can, of course, use an audio editor of your choice to remove the preceding empty space but make sure that you save the edited MP3 file back as a wav or other loseless format to avoid any further data loss compression. You can then import both files in Ableton Live and make sure the waveforms line up and that both files are unwarped.

Now, drop a Utility plugin to one of the tracks and activate the Phz-L and Phz-R switched at the bottom.

Press Play at the transport control and listen to the file's frequency information that has been removed from the MP3 conversion!

As you can see here, the same technique can also be applied for removing vocals from a mix. Obviously the original vocal recording needs to be available for this method to work so that its "inverted" version can be mixed back to the full mix.

Another trick we can achieve with the Utility's phaze inversion function is to create a send that won't affect the master level output. Whenever you send an audio signal to a return track through the track's send knob, there is always a signal amplification on the master fader. We can avoid that if we want by dropping our desired effect on a Return track, set the Dry/Wet value to 100% as normal then group the effect into an Audio Effect Rack and creating another Chain inside the Rack's Chain List with a Utility device added. The Phz-L and Phz-R switches of the device should, then, be activated.

Return Track: The first chain of the Audio Effect Rack with the Utility Device set to invert the signal.

Return Track: The second chain of the Audio Effect Rack with the actual effect's Dry/Wet value set at 100%.

Now, by sending audio to the Return track through an audio or midi track's send knob two things happen: The signal passes through the first Audio Effect Rack's Chain where it gets cancelled out by the Utility device. The signal that passes through the second Audio Effect Rack's Chain, though is fully affected by the effect. In this case, the track's Send knob acts as a dry/wet control between a clean signal and a fully wet signal. Also, on the Return track, the Chain's volume control where the Utility plugin is located could act as a control to re-introduce the dry signal back to the mix without reducing the level of the actual wet signal coming out from the second Chain.

The track's Send knob all the way to the right results to a completely wet signal coming out of the Master channel.

By reducing the first Chain's volume, we re-introduce some of the dry signal back to the mix.

Don't worry if you don't get it the first time, it's pretty simple really. I've attached a project file with this tutorial in case any of you feel a bit lost.

And this is it! I hope that you learned something useful out of this two part tutorial and that from now on you will see this great device under a new light! 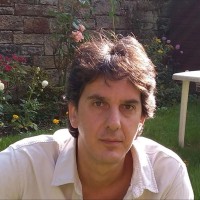