Nashville, like every other music center on the globe, perpetuates its share of myths. These well-meaning misconceptions get handed down from one person, trying to appear in-the-know, to another all-too-eager-to-believe fledgling, ad infinitum. A lot of times, these notions seem to make perfect sense and are quite easy to swallow in one optimistic gulp. Unfortunately, music is all business at the professional level, and utopian sensibilities simply do not apply. Here are six servings of baloney to ponder (and remove from your plate permanently), in the hopes of increasing your chances in this difficult field. 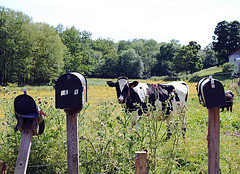 Let's face it, a boatload of us to not reside in music centers, nor do we have any intention of leaving the security of Hometown, population 2845. So, no biggie, that is what the mail is for. Major publishers and record labels alike receive thousands of unsolicited submissions every week. Naturally, they are thrilled to have so much material to choose from! All we songwriters have to do is be patient for a week or two until Mr. Music Biz VIP eagerly rips open our 9x12 envelope and pops our CD into his trusty player. Fame is imminent.  Right? Uh, sorry.

The fear of infringement lawsuits add to the reluctance of bothering with mailed in submissions to boot.

The reality is that even the kindest professional simply does not have the time. The vast majority of such submissions are not of the same caliber as what the local pros are producing, so the needle-in-a-haystack approach is just not very efficient. It is safe to say that 99% of the time, your submission will either go unheard and unanswered OR you will receive the package back unopened.

The fear of infringement lawsuits add to the reluctance of bothering with mailed in submissions to boot. If you have received a lot of encouragement solely via the mail, you most likely are dealing with a small fish who isn't really in the game, or far worse, a shark.

Now if you have a legitimate connection, that is quite a different story, but such relationships are next-to-never made through the mail. The same holds true for mp3 submissions. If your name is not recognized, it's a huge crapshoot, and most likely a waste of your time.

"Moving to a music center says a lot about your commitment to the endeavor."

The songwriters you are hoping to compete with, as well as the folks on the business side of the business, all took the gamble and moved there. I recommend a few trips to feel out the landscape and decide whether this commitment is one you can live with.

WARNING: This is one very addictive "game" and I have seen countless people move away out of frustration, only to move right back again!

2 - The Demo You Made In Your Bathroom Shower is Fine 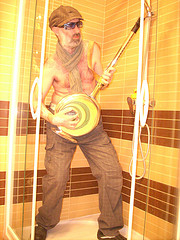 Okay, you are certain your latest song is a killer, and for the sake of this myth buster, let's assume it is indeed a stone cold smash. The reverb in your shower sounds almost like a studio and besides, you can't afford a real demo. The kids need new shoes and the rent is due. So, you figure, just make a simple home rendering and anyone with a good ear will spot your song for the hit that it is. Right?

Would you submit a resume hand-scrawled on the back of your grocery list??

Uh, sorry, wrong again. You are giving the powers-that-be way too much credit. Would you walk into a job interview at a bank wearing a dirty white undershirt? Would you submit a resume hand-scrawled on the back of your grocery list?? Not if you really wanted the job.

The trick is this: Eliminate as many reasons as possible to be turned down. Your professionalism is on the line here. If you have budget concerns, a professional guitar vocal will usually suffice for a ballad. Uptempos generally call for a fuller demo. Simple is one thing, but amateurish is quite another. Remember what the aforementioned competition is submitting.

Ask around for good studios, musicians, and singers in the closest big city. Ask to hear samples of their work before you spend your hard earned money. Most of all, be sure your song is worthy of the gamble. Is it strong and unique enough to outweigh your lack of name credibility? I recommend a long runway before taking on a professional demo.

"Take your time, pay your dues, play out, get feedback, and practice extreme self-honesty when comparing your songs to those of professionals."

Moving right along, let's take a look at the songwriter who has written three, count 'em, three whole songs! This latest one is not anything new, but its way better than numbers one and two. Sure, the melody is kind of like a watered down version of number six on the charts, and the lyrics are predictable and frankly, weak.

Not to worry. You have six hundred bucks to invest on a great singer, a rockin' studio, and some ace pickers. When they are done working their magic on your creation, it will be downright undeniable, no longer uninspired, and oh, so professional sounding! Your little gem will bedazzle and fool those industry folks into believing you have presented them with a true copyright. Right? Again, soooooo wrong! 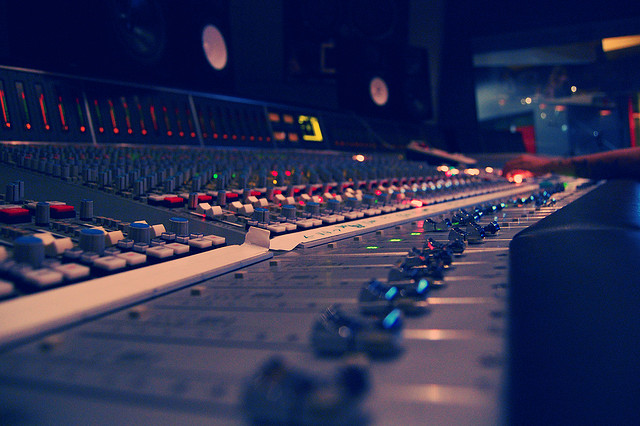 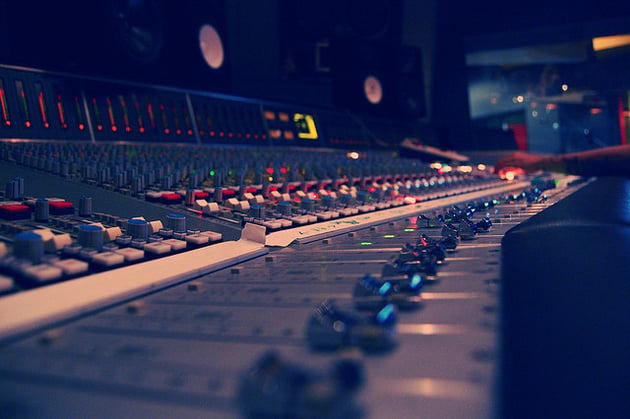 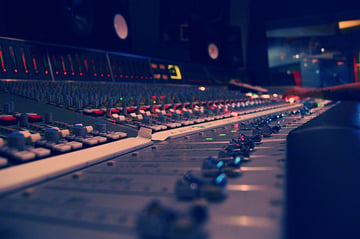 Granted, a good song with a great demo will more closely resemble a great song, but a lousy song looks as ridiculous in a high dollar demo, as a pig in a tux. Dollar store mustard can never pass for Grey Poupon, regardless of the label. Don't kid yourself into making this costly mistake. It only lowers your credibility more in the eyes of those you are trying to impress. Tread slowly. Wait until you are are certain you have the goods.

"Sure there is some junk on the radio, but it got there via a different, more inside, route. That's a whole 'nother article."

Avoid taking the stage at prestigious industry hangs until you are writing at a close to professional level.

Dragging your bones out to perform at various songwriter venues has an upside. You get to meet other songwriters and hopefully will be inspired by the ones who are currently leaving you in the dust. You can also hone your performing skills and find potential co-writers.

One caveat though is this: avoid taking the stage at prestigious industry hangs until you are writing at a close to professional level. People's first impressions of us have a way of sticking like bubblegum in such a setting and you most definitely want to put your best, gumless boot forward.

Is it possible to get noticed by an insider and possibly get a writing deal by playing out? Absolutely! But the scenario is not typical.

"It takes a while to gain a great reputation and no time at all to gain a bad one." 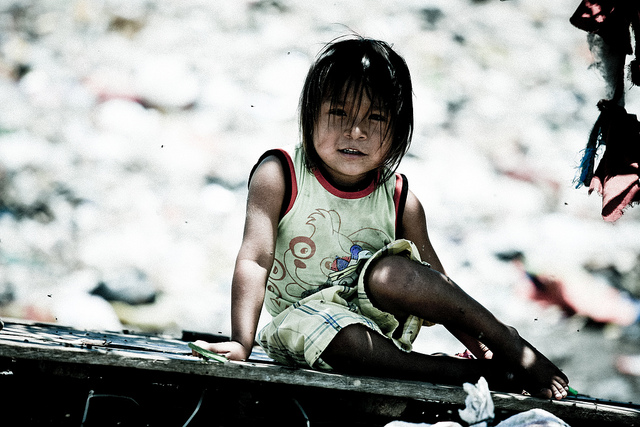 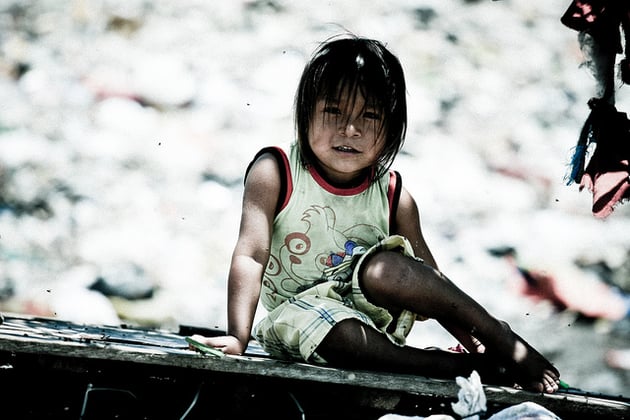 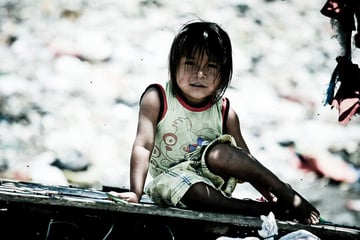 The Bluebird Cafe, for example, which is a true songwriting venue in Nashville, is not the place to perform until you are on top of your game writing-wise. Open mike nights would be the exception but I still would take it elsewhere.

On the other hand, nobody seems to mind a mediocre vocalist strumming along in a less than virtuoso capacity as long as the song is great. It can even be rather endearing. I once had the pleasure of seeing Alan Shamblin perform his Bonnie Raitt hit "I Can't Make You Love Me" and the gentle simplicity of his performance absolutely knocked me out.

High exposure is not anything to count on unless you have the catalog to back it up. It can do some real damage by branding you as a clueless amateur. Be humble until you're too good not to be, and then be nice!

5 - Songwriting Events Are Where It Happens

Fantasies ensue and you may find yourself rehearsing your Grammy acceptance speech as you pack.

Every year there are countless songwriting conferences held all over the world. When one lives in a small town out in the middle of nowhere, it is natural to feel excited about attending one of these events. The thought of rubbing elbows with professionals in your chosen field feels exotic and stimulating. Fantasies ensue and you may find yourself rehearsing your Grammy acceptance speech as you pack. Whooooaaaa!

While you can learn a lot at these functions, the reality is they are more of a way of getting your feet wet than anything else. Best case scenario, you may make a decent contact and thereby have someone you can actually have a sit down meeting with somewhere on down the line. Once again, the Lana Turner in the drugstore story remains a very isolated incident!

6 - Getting A Writing Deal Will Launch Your Dreamship

Scoring a writing deal with a legitimate publisher is something to be proud of.

Scoring a writing deal with a legitimate publisher is something to be proud of for sure and harder to achieve than stacking BB shot. What this honor means is that an individual thinks you show promise and is willing to invest some money in you in the form of a modest weekly draw and demos. Your songs are already good and having them professionally demoed and promoted by a songplugger sounds like a no miss situation.

Sorry to say, wrong, once again. Countless signed writers, with excellent catalogs, never get a single cut and end up being dropped after a year. Frequently they sign on somewhere else only to repeat the same scenario. I can also think of many songwriters who score one hit and never get another cut. Sometimes it is just a case of bad luck and sometimes one of inconsistency on the part of the writer.

If you are lucky enough to become a signed writer, pat yourself on the back briefly, and get back to work. It guarantees next to nothing.

I guess what it all comes down to is the fact that the ugly B word in music business is one that just isn't going to go away. Like all artistic and/or glamorous fields, songwriting at the professional level is fiercely competitive and difficult. There aren't any real shortcuts. You just have to want it bad enough!