7 New Products to Drool Over from My Inbox

I discover some amazing products—both hardware and software—in my email inbox and on Twitter. They get me drooling like Pavlov's dog. Here are seven of my favorites—some new Roland products and iPad apps and accessories.

Which of these products get your interest? Or have you been drooling for some totally different gear? Let us know in the comments.

This piano was announced just a week or so ago. Weighted keyboards are expensive, so I love this more affordable version (around $2,000). For me, the most important thing is that the keyboard feels good to play. Most other features and additional sounds can be done with software on my laptop. 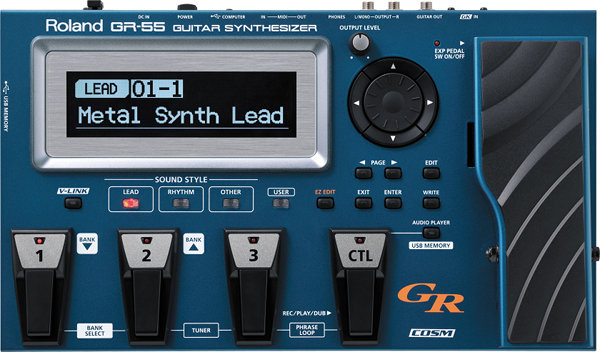 This new guitar synth was announced last month. I owned the first Roland guitar synth way back in the 80s, and although they're not for all guitar players, I'm glad they continue to make them. They give guitarists access to a host of synthesized sounds that can't be created with a guitar alone. Price is around $1000 (or $1200 with pickup).

The GR-55 puts guitarists instantly in touch with a huge library of sounds, with no editing required. The onboard lineup of ready-to-use presets, from pop to rock and beyond, takes the pain out of the process with quick-access category buttons. Creating and editing sounds is a breeze with the large LCD display, simple front panel, and intuitive EZ Edit features. Also, onboard is a phrase looper that lets players capture on-the-fly recordings with unlimited sound-on-sound overdubs. 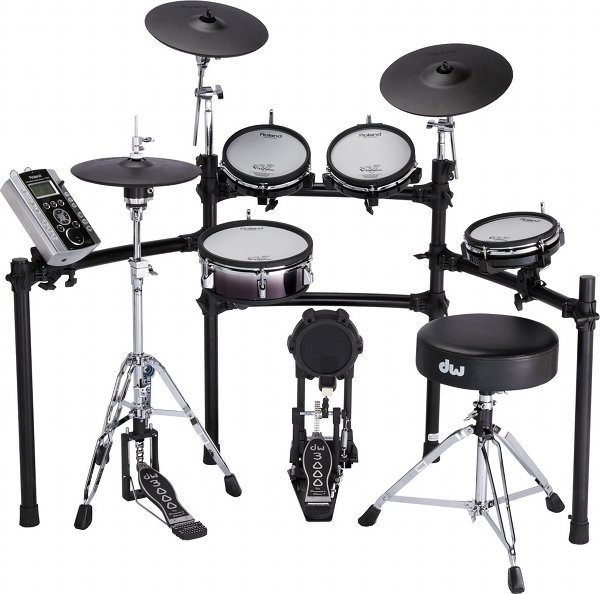 These new drums were announced just a couple of days ago. While many real drummers prefer real drums, electronic kits feel more natural each generation. And they're great to have when you have fussy neighbors! Kits are available around the $2000 and $3000 price points.

Both the TD-9KX2 and TD-9K2 feature Roland’s patented multi-layer mesh heads for the snare and toms, with rim triggering available on all pads. The new KD-9 Kick Pad includes a new cloth-designed bass drum head and provides extremely accurate triggering with a natural response and feel. The improved design and simple, solid mechanics of the KD-9 makes setup quick and easy. The new lightweight CY-13R ride (with three-way triggering) and CY-12C crash V-Cymbals® offer a more natural swinging motion and playing feel. The TD-9KX2 also now includes the VH-11 V-Hi-Hat®, which mounts on a standard acoustic hi-hat stand. 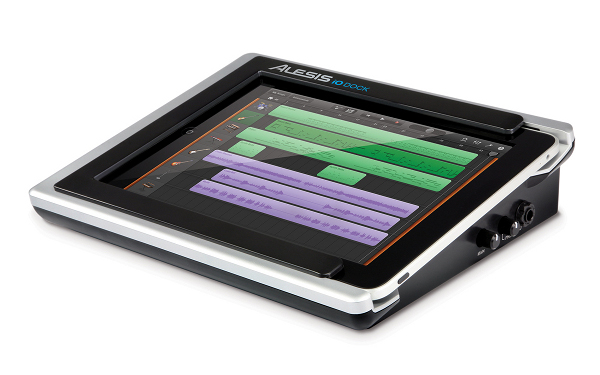 I have to admit, this amazing bit of gear has me salivating more than anything else on the page. And it isn't even available yet—it's "Apple Certification Pending". But Alesis describe it as "coming soon". As long as all goes well with Apple.

Plugging external devices into an iPad to make music can feel very fragile. This device looks much more appealing. Two line/mic inputs with phantom power, MIDI in/out/USB ports, a jack for a footswitch, a video out, and decent phono line out jacks make this very appealing to me. I'd feel much less crippled using GarageBand on the iPad than I do now.

Here's a video that explains what it can do. For me it makes creating music on an iPad seem much more appealing. What do you think?

And to go along with the iO Dock is KORG's iMS-20 analog synth studio—a great alternative to GarageBand. It's a software recreation of the MS-20 synth, including an analog sequencer, drum machine, and Kaoss Pad technology. A new version came out today that fixes some bugs and adds stability. And it's almost half price ($15.99) if you buy it before the end of May.

iMS-20 is a complete music production app for iPad. It consists of a complete recreation of the legendary Korg MS-20 analog synth with the patching capability, plus a 16-step analog sequencer based on the Korg SQ-10, a six-part drum machine which can create drum parts by simply tapping the buttons, and a seven-channel mixer with 14 types of effects. 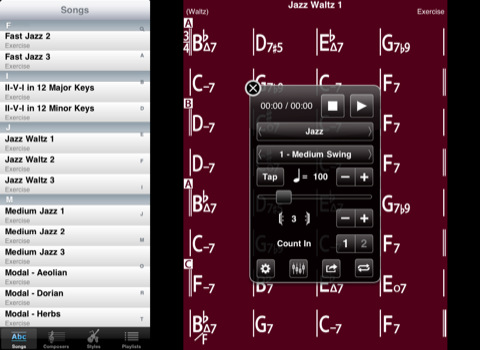 There are a few chord chart apps for the iPad that I really like. The iReal Book is a chord chart app that plays the accompaniment for you in various styles. For copyright reasons it was renamed to "iReal b" and no longer includes songs when initially installed, though there is a heap of songs you can grab from their forums.

A new version came out recently that adds new styles, support for copying/pasting audio, and the ability to export charts as PDF. The price of the app dropped in April down to $7.99, and so far it's staying there.

Create, edit, print, share and collect chord charts of your favorite songs for reference while practicing or performing. A professional tool for musicians and music students of all levels. 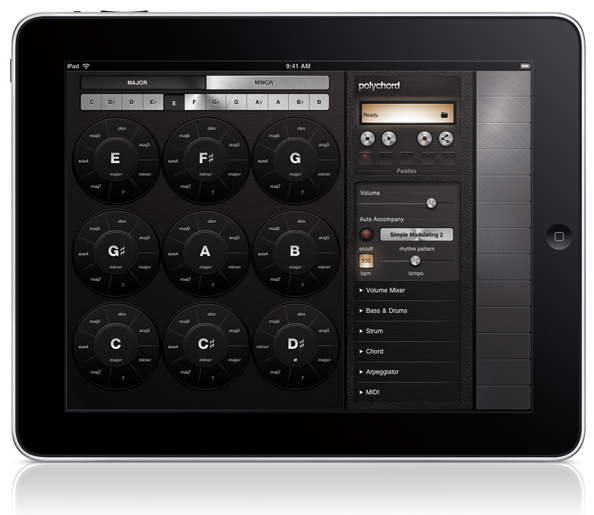 Polychord turns your iPad into a MIDI controller which can do drums, bass, chords, and accompaniment. It's great for performing and recording. Version 2 has just been released, and still costs around $10.

Polychord, the iPad music app which rose to #6 on the iTunes music top 10 list in its opening weeks has been improved, and is available as a free update to all existing users. In the newest release, polychord can now be used as a MIDI controller for numerous audio environments (like Logic, Pro Tools, Ableton Live, etc) offering a truly new way of composing and performing music. It uses WiFi MIDI, a brand new Apple technology in iOS 4.2, so musicians can play chords, arpeggios, bass lines, and more -- all live, and effortlessly.