52 songs were chosen for this study, as determined by the Kent Music Report, archived by the National Film and Sound archive and also the ARIA Music Charts. The songs chosen are seen below. 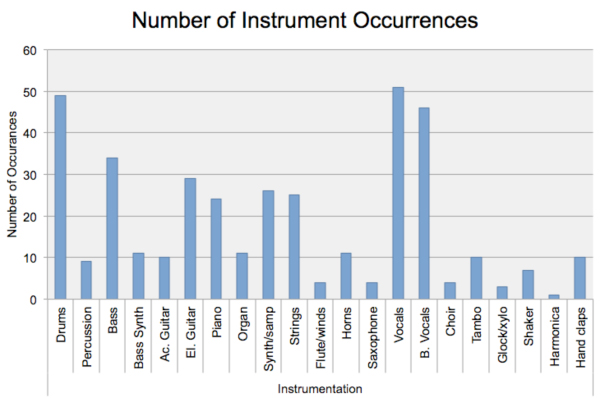 To give you an example, here is 10 seconds of four songs that feature the seven instruments, they are Bill Medley and Jennifer Warnes, 'The Time of My Life' from 1988, Bryan Adam's 'Everything I Do' from 1991, Wet, Wet, Wet's 'Love Is All Around' from 1994 and the 2003 hit, 'Angels Brought Me Here' from Guy Sebastian.

It is probably no secret to many of us that rhythm and melody are the key to most styles of music. Even without vocals, there is generally always an instrument that takes over the melodic limelight of a song, just listen to Skrillex! The data presented in the above chart reinforces this with Drums (rhythm) and Vocals (melody) being by far the most common instruments.

So when you are writing that next big hit, keep in mind the instruments that have been most commonly featured over the last 52 years. In Part 2 we will look at tempo and song length. Stay tuned, and remember that no matter what you create, let statistics only be a guide. 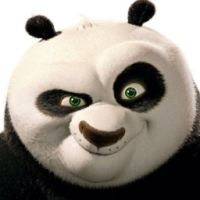 Brandon Davids
Brandon Davids is a freelance recording/mixing engineer from sunny Perth, Australia. Along with engineering duties for some of the west coasts most promising new acts, he lectures audio production at SAE Institute.
Weekly email summary
Subscribe below and we’ll send you a weekly email summary of all new Music & Audio tutorials. Never miss out on learning about the next big thing.
Advertisement
Translations