"Fly Away" is an introspective and fairly dark composition about a difficult and depressing time in a person's life. I chose this song for my critique because it seems the writer is performing some self-help on his or herself and having a catharsis at the same time. This creates movement and gives the lyric and melody something to evolve around. It is possible that the song's voice is advising someone else, but I don't think so and it could work either way anyway.

This is a critique of "Fly Away" by Once, Nevermore. You can check out the original workshop here.

The song has an almost formless stream of consciousness feel. To a degree this is desirable given the subject matter, but I think the song could use some tightening up form-wise.

I would prefer to see two A sections followed by a B section and I would add a fourth line to each A section. It is desirable for the first three lines to have the same or near end rhyme and I don't mind the repetition of the word "you" occasionally but not every time.

The fourth lines need to be written to a different melody over a different chord structure and with different phrasing to alleviate monotony. Also, I would match the phrasing of the third line more closely to the first. The fourth line could be a repeated phrase like this one:

Though your wings are broken, so battered and broken.

Build and then come back down.

This could lead into the "Fly away" of the second A section. It would be subliminally pleasing to the ear to pick up the same end rhyme on each fourth line of your A sections. They are far apart, but the ear has a good memory.

The lengthy instrumental section preceding the first B section occurs too early to me. With the addition of the melody change in each A section, the song is not in need of that departure just yet. My suggestion is to move straight or nearly straight into your B section. The tone of it is much too similar to the A section anyway. I would create some melodic tension here. Build and then come back down.

Lastly, consider placing your one instrumental break (other than your intro and outro) after the third A section. You can then follow it with either and A or B section depending on which provides better melodic closure after your rewrite. The song will end up shorter and it needs to be. A good length for most songs is between 2:45 seconds and 3:30 seconds. 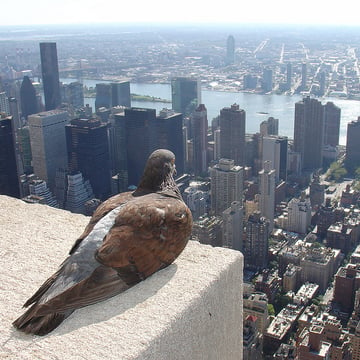 There is little that is still new...

The metaphor of flying is a good one though it has been used many times before. There is little that is still new under the sun so go ahead and work it more you have than, but with your own spin.

Wings, wind, nests, and the like all make for lyrical fodder using this metaphor. The strongest lyrical flaw I see in this song is the lack of developing the emotional catharsis.

Try to gradually reveal that the singer is her own worst enemy rather than revealing it so early. I wouldn't mind some slight reference that shows the singer is speaking to herself rather than someone else about two thirds of the way into the song. Allow the listener to be misled or at least to question for a bit. When you drop your clue, be subtle.

The eyes in the mirror" might do the trick.

The real revelation however is the self-blame. This creates hope and growth. Build towards it and save it for near the end. Make sure your early lyric shows the singer as lost and not having figured it out just yet. Maybe the first A section advice is simply to get away without knowing exactly why. It is okay to acknowledge that something is missing but don't let on that you know what it is until later.

This lyric has some over-crowding that detracts from the melody. The monster line is too heavy on the syllables and is a bit of a contradiction anyway. Flying away from the pain and facing the monsters are two different reactions.

The middle line of the B section has the same crowded issue. Make sure your lyric flows conversationally and naturally in relation to the melody. Songs need to breathe.

At the song's end, I am not sure I like the ‘idiot' and ‘bitch' references. Both feel less sensitive than the rest of the song. I would rather hear, "the killer is you, the victim is you" or something that is more of a dichotomy. 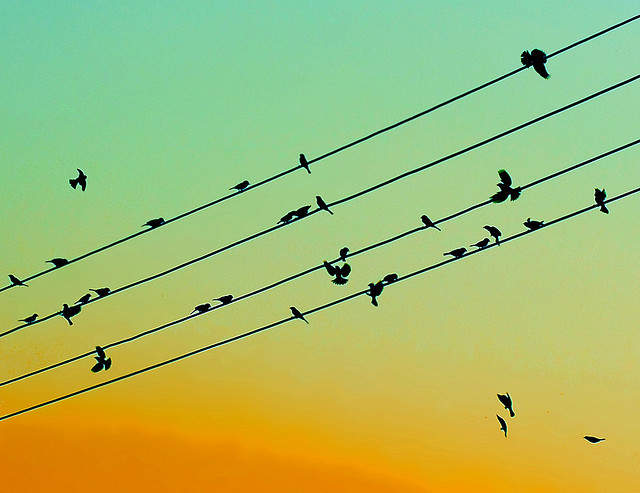 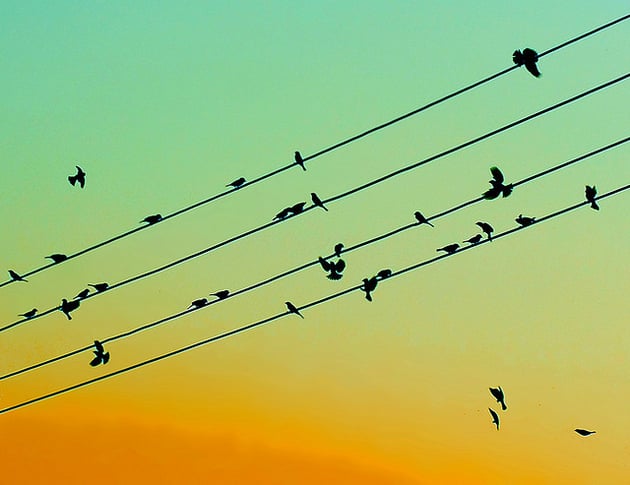 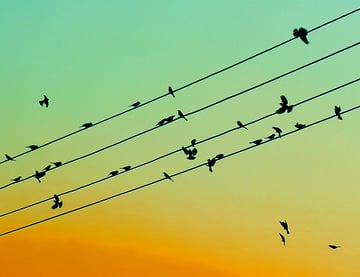 Some of my melody suggestions were covered in the form section. I very much like the tone of the initial melody but after three bouts of it I wanted to hear something different in the newly added fourth line. Even on the third line, try to vary the melody by a note or two.

I would like to see a very different melodic structure on the B section as well. Contrast is badly needed here in not only melody, but phrasing, and chord structure as well. I could see a six-line form with lines 3 and 6 rhyming. Line 6 would be the length of your current line 4 and 5 put together, so your line 3 would balance accordingly.

I know it can all sound way too mathematical, but form, however loose, feels good to the ear, and is so much more memorable.

If you can rework your lyric to achieve a gradually evolving self-help session, I think you will have a very original piece. I love the idea of referring to the enemy and finally coming around to the realization that the enemy is you, the singer. Nothing is more typical of human nature and yet it takes most of us so long to see it. It is the last place we look to place blame! In this style of song, I don't think it is necessary to reveal what the actual issues are.

I have my own name for this style of lyric: watercolor. It mutes the facts but creates subtle layers of feelings instead. 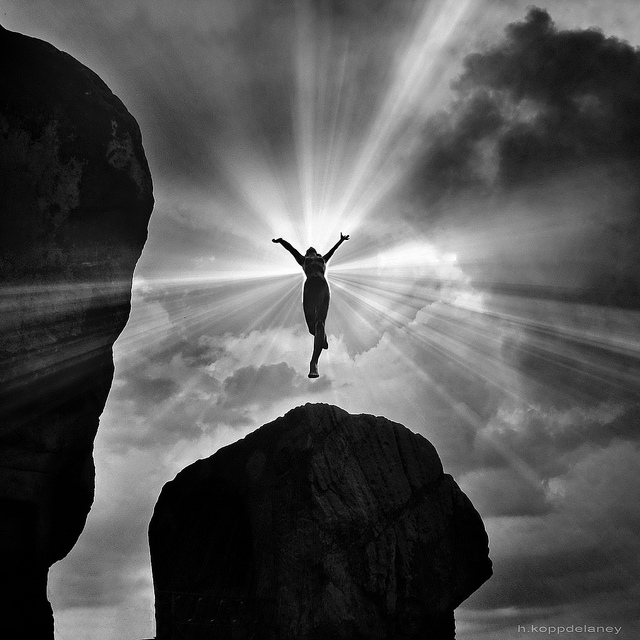 The gentleness is appealing but in this case, it is too much of a good thing.

This song fits into the alternative or alt-rock category in my estimation. I can imagine it done with a very light hand or with a much edgier, rocked-up feel.

Everything comes down to the writer's ability to inject some strong memorability into the B section.

There are many ways to achieve this but they are difficult to articulate. Study the greats in this style of writing and note how they achieve contagious departures in their choruses and B sections. If you can, by all means finish with a B section after your instrumental break, and simply tag out. At present, in spite of the angsty chords preceding it, the B section is just way too similar to the verses in feel. The gentleness is appealing but in this case, it is too much of a good thing.

Admittedly, this is a work tape and should be judged as such. The finger-picking is a little out of pocket but the vocal is appealing and puts the song across enough to get what the writer is trying to accomplish. It might be fun to rock it up but add something unexpected like a cello.

The second B section should begin to fill in the sparseness of the first and have a more liquid feel. Definitely avoid long intros in demos. Get to the song. The trick is to get the listener's attention quickly and hold onto it.

Also avoid long interludes between sections unless the track really begs for it. A writer achieves a certain momentum and then just gives it away with unnecessary fills. Whenever possible, keep it rolling.

Don't give them any reason to zone out with one of these groove busters.

We all settle too easily when we are excited about finishing a composition.

Thanks to the writer for an enjoyable and interesting track. I for one am happy to see this style of writing thriving again. There is a fine line though between self-indulgence and smart emotional writing. The pitfalls are that we risk coming across as a sad sack, or at the other extreme, writing a preachy lyric laced with advisory clichés. It is so much easier to advise a friend than to advise ones own self.

In this song, the writer, I think, is speaking to her own heart as a separate entity. She needs to softly break a harsh truth to that heart. This is not an easy subject to write and I would expect it to be a lengthy and painstaking endeavor. The writer has made a good start in this direction.

So often lyrics could be so much more affective, if we songwriters would simply take more time. I have certainly proven this true to myself more times than I care to count. We all settle too easily when we are excited about finishing a composition. Map out what you want to say and at what pace you want to say it. Add just the right amounts of irony and sensitivity. Finally, wrap it in form and rhyme and give it the backdrop of a supremely evocative piece of music.

What could be easier? Almost anything!

Critique
Did you find this post useful?
Yes No
Would you like to provide feedback (optional)?
Cancel Submit
Want a weekly email summary?
Subscribe below and we’ll send you a weekly email summary of all new Music & Audio tutorials. Never miss out on learning about the next big thing.
Sign up