Joel H. Hinojosa's submission "Only Love" is the subject of my critique for November. This song was chosen because it provides a good platform to discuss a very traditional song form. I like to focus on songs with lyrics and I will pay more attention to the song than I do to the demo. Lyric sheets are always appreciated along with full song submissions because frequently I cannot understand every word. Please take the time to listen to the song before reading this critique. It will make a lot more sense that way!

This is a critique of "Only Love", produced by Joel H. Hinojosa. You can check out the original workshop here.

This song is written in a very typical and effective form and flows by easily and naturally. It basically follows a VERSE CHORUS VERSE CHORUS BRIDGE CHORUS pattern with each verse and chorus having six lines. Usually in this form the verse has an AABCCB rhyme scheme, but while parts of this scheme were practiced, overall it was a missed opportunity.

I hate to be too much of a stickler because many unique forms work wonderfully and interestingly, but in a very stylized song such as this one, I would definitely recommend going with this scheme in the verses. In the chorus however, I would try to avoid repeating the six-line pattern.

Note when you listen to your favorite songs how verses and choruses are often structured differently from one another. It adds so much interest. 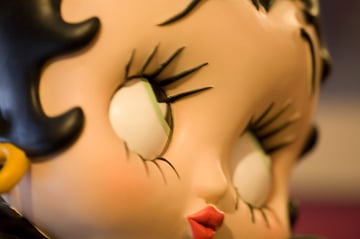 The melody of this composition is quite old school and does not break a lot of new ground. That being said, it has a cutesy, kitschy quality to it and could be produced in a very kittenish retro fashion. Some of the vocalist's stylings, such as singing single syllable line-end words in a broken two syllable way, suggest to me that a retro feel was what the writer was going for.

Even beyond this realm, there is certainly a film market for new songs written to sound like another era.

I found the three sections of the song to feed well into one another and to be different enough melodically and chord-wise from one another. A fresher more unique style of melody might pull the song out of the genre intended by the songwriter. It all depends on the goal.

There were a few spots where I could not make out the entire lyric, but I think I got the gist of it. The first verse focuses on the couple's first date but gets off track and confuses the listener. Stating that the fellow was wearing green trousers serves no purpose in the song even though it paints a visual.

Also, why state that he "came over unannounced" unless you are making a point about his character. The date went well and they had an enjoyable time, so why go there?

Make sure every line is propelling the listener in the direction you want them to go.

It would be better to focus on the whirlwind quality of the day and how the girl was swept away unexpectedly. In songwriting, make sure every line is propelling the listener in the direction you want them to go. When I first heard the line, I was ready to hear about how the gent continued to be inconsiderate. It didn't happen. Even the word "date" makes one think this was a pre-agreed upon visit and not unannounced.

Also the repetition of the word "talking" could have been better replaced with more visuals and examples. Writing a line is so much more than just filling it up with the proper number of syllables. There is a very noteworthy American songwriter who tends to repeat words just to achieve the desired length, but her melodies are so incredible that her ‘weakness' is overlooked!

Once I arrived at the first chorus, I was a bit jarred by hearing the words "bye bye" so soon. No indication was given that there was a problem of any kind and certainly not that he had broken her heart. A double verse preceding the first chorus would provide an opportunity to set up what went wrong. Nevertheless, I thought, okay, the writer is throwing out a teaser and making us stay tuned till the next verse for an explanation. That can work.

The second verse, however, just painted more pictures of all the pleasant experiences the couple shared on what I assume were subsequent dates. As far as my ears could detect, there was still no suggestion of anything but a positive experience. Still, I found myself thinking, okay, the dastardly deed will be revealed in the bridge or even a final and different chorus. Not to be. 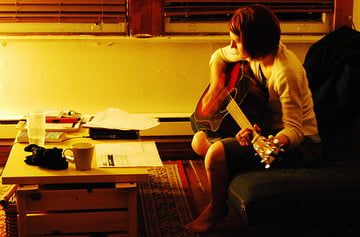 I like the singer's desire to remain "partially sane" in the beginning of the bridge. It injected a little tongue and cheek humor into the song. I would not come so close to repeating it again though. Move onto more information and unfolding and with new end rhymes. "Be gone on your way" is a little redundant and is said twice to boot. More color and sarcasm would spice the song up a bit.

Still, the listener, at the end of a three-minute novel, has no idea what this guy did that broke the girl's heart. We hung on, waiting with bated breath, and we deserve to know!!! This is the pay dirt of the story and an opportunity for some juicy details. A little irony is never a bad idea either. Remember a good lyric-driven song, needs a purpose. This one simply needs more of a plot.

To me, if properly rewritten, this song's best chance at commerciality would be in a film positioned in the 50's or early 60's. I could imagine a female trio, decked out in ponytails and poodle skirts, embellishing it with fun harmonies from that era. Can you not imagine the cartoon icon, Betty Boop singing this song?

Another possibility would be to posture it against a punk rock backdrop with an outrageous video! Stranger things have happened. I had to write a piece for 50s-ish film several years ago and enjoyed the experience immensely. Shania Twain's "Nobody Knows But Me" almost falls into this category and I believe she made a couple of bucks from it!

Make it interesting, unique, and tell a fairly common tale in an uncommon way.

This song is one of those that makes you feel as though you had heard it before. I say this not because any part is just like another song, but because it is firmly seated right in the middle of a specific genre and era. Twelve bar blues are a good example of the kindredness I am talking about. As I said earlier, to venture too far from this feel would compromise the nature of the song.

For what it is, I am fine with the melody. The lyric could be much stronger and laced with more of an original and complete story. If a story has been told in basically the same way many times, why does it need to be told again? Make it interesting, unique, and tell a fairly common tale in an uncommon way. Even the "uninvited" line in the first line could work if the story had more of a "why-did-you-come-barging-into-my-life-just to-make-me- love-you-and-then-break-my-heart" message. To offset the cuteness, I would definitely recommend some attitude, even revenge!

I believe there is a place for every kind of song if it is well written and original. This means going well beyond what is simply dotting i's and crossing t's. In this critique, I wanted to point out that any genre from any era can stand out and have a potential home if it is special enough. Many a current star will have a hit with a song that is a complete departure from what they usually do in both style and era. The trick is to write a song that says it and does it so undeniably that they would risk the leap!

Good luck with your writing!