Essential Listening - The Sounds of Jazz

Welcome back everyone for another round of Essential Listening. Last time we took a look at some of the famous rock drummers to grace the world with their presence. Today however, we are going to take a little detour and move into the smooth and swinging world of Jazz.

Being a foundation from which rock and funk came from, understanding Jazz can help us better understand the more mainstream modern genres. So for those of you with little to no Jazz experience you are in for a treat!

Of course being such a well-established genre of music, there are too many famous musicians and styles to put forth in one article. So if you do not see your favorite artists do not worry! So with that in mind let's get ready to swing! 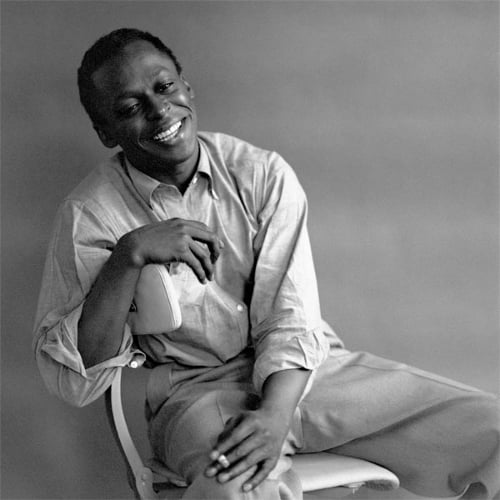 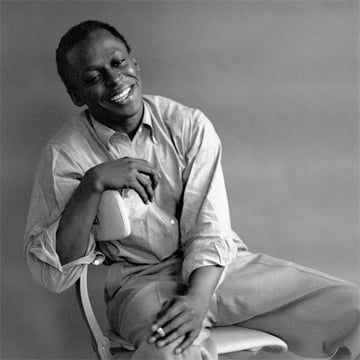 As one of the greatest trumpet players of all time, Miles Davis was paramount in the creation of multiple styles of Jazz. Everything from Bebop to cool to fusion had Miles fingerprints on them even when the style was not something Davis relished in. Miles was never one to stay in one musical genre too long and constantly was reinventing his sound.

What is important to notice about Miles is how reactionary he was as a musician. He always changed himself and style to reflect what had already happened in music and what was currently happening. Complacency was not his thing. 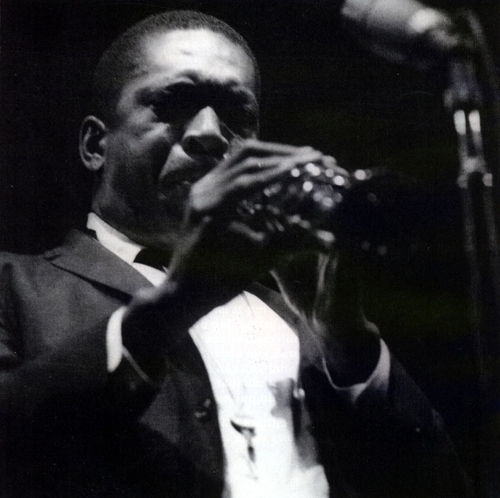 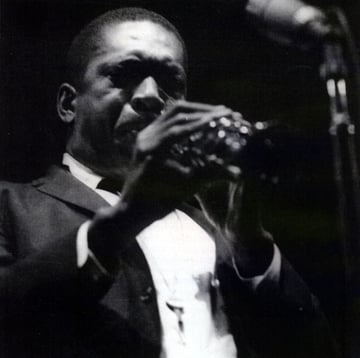 If there ever was a saxophonist to change how people looked at and heard the instrument, John Coltrane was that saxophonist. Coltrane first arose during the bop era as a contrast to Miles.

Where as Miles was introspective, Coltrane would hit you with waves of notes; sometimes referred to as his "sheets of sound". Coltrane is most notable for his pushing of the genre to its musical limits especially during with modal jazz and into free jazz and the avant-garde; these more exotic genres were also influenced by Coltrane's experience with Indian music as well.

It was his ability to push the music structurally and during the solos that has given him his enduring legacy. No doubt also that his long and intense solos left an impact on the rock jam band ideal of long solos. 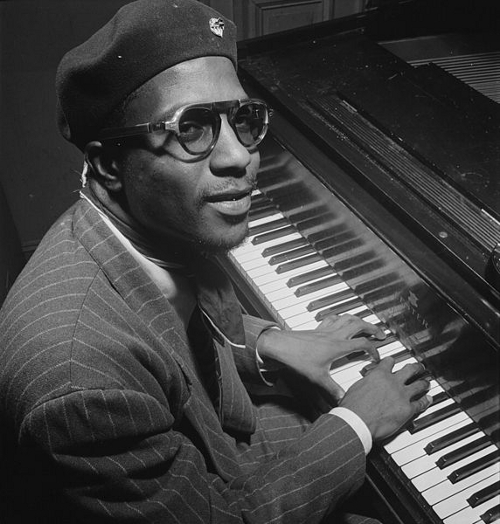 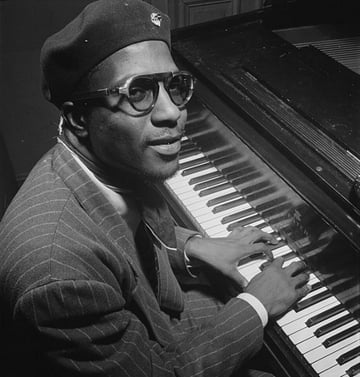 Thelonious Monk brought to jazz an odd but incredibly effect mixture of harmonies, rhythmic complexity, and classical tendencies that created his uniquely intelligent but quirky style.

Harmonically, Monk loves to play with our emotions and their musical associations by swinging back and forth between the sad and depressing to the light and playful. But he keeps a beautiful impressionistic quality to it all at the same; very much in the vein of Debussy. And he really stands out when he adds the odd rhythms that range from short quick notes with unexpected silences to the smooth longer graceful passages.

Listening to his music for the first time reveals how good he was with playing with our expectations. 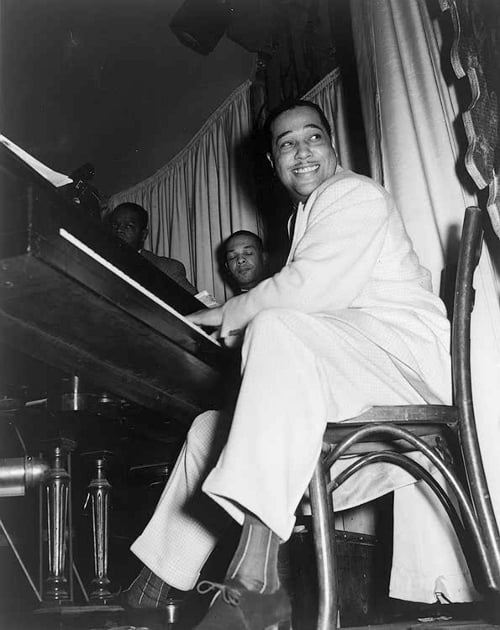 Duke Ellington at the Hurricane Club 1943

As one of the most prolific jazz composers and players of all time, Duke Ellington was a power house in defining the genre and sub-genres. While a force on the piano, Ellington's real influence came from his over 1000 compositions he wrote over the course of his lifetime.

Because of Ellington we have the big band as we know it today. Also, it is through his songs that Jazz was elevated to the art form we see now and transcended its dance roots. Duke was also a good business man which helped him early on to get gigs when his repertoire was minimal at best.

What is really important to remember with Ellington is that as a composer, he constantly was writing and keeping up with the times.

As stated before there are countless famous jazz musicians that helped shape the swinging genre but not all of them can be covered in one article. But for those of you new to jazz and looking to experiment with the style these are great players and writers to start with.

For the audio engineers out there pay close attention to the old tracks and how they compare to the new tracks. Even the modern tracks, which are more in your face, still have a air and breathe to them that the style needs.

Find your perfect jazz music on Envato Elements now, to amplify your next project!