How to Work in Audio: Careers in Sound Part 1

Interested in working in audio? Do you love music and wish you could work with sound? Did you go to audio production school because you thought it was cool, only to find out that you had no idea where to start looking for a job when you graduated?

Audio and sound related careers are varied and diverse, with many different industries needing qualified (or at least interested) sound engineers. This ranges from the obvious recording studio work to lesser thought of sound design, foley recorders and game design. In the next few posts I'll guide you through the different careers you can hope to achieve with your audio enthusiasm, from big commercial studio work, entrepreneurial business endeavors to creating sound effects for video games.

The most popular place for many audio engineers is to work in music. Everybody wants to have their hands in the next hit, and there are certainly many positions to be had in a big recording studio.

The various phases of a production can be broken down into their respective job titles. As you may well know, there are different stages of a production, the recording and production phase, where tracks get recorded and music gets produced, the mixing session where the multi-tracks get mixed together into one cohesive and well blended mix and then finally a mastering session where the mix gets finalized. Therefore, there are dedicated audio engineers that like to specialize in a certain aspect of the production process. 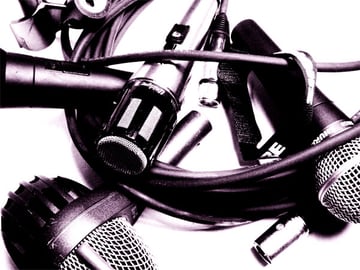 Do you like mics? Do you like the technical aspect of the production process, all the various sounds you can get by finding the correct pre-amp, the right microphone and the perfect position? Then being a recording engineer is definitely up your alley. Experimenting with various recording equipment and getting a great source sound is the pride of the recording engineer, and is great for those who like working around musicians and artists in the studio.

However, the downside of being a recording engineer can be odd hours and tedious recording work as you try to punch in that last vocal phrase for the fiftieth time at two o'clock in the morning. The payoff of witnessing an amazing performance from a brilliant artist may outweigh the cons of working weird hours, and might not even be considered a bad thing if you are a B person who likes working nights anyway. 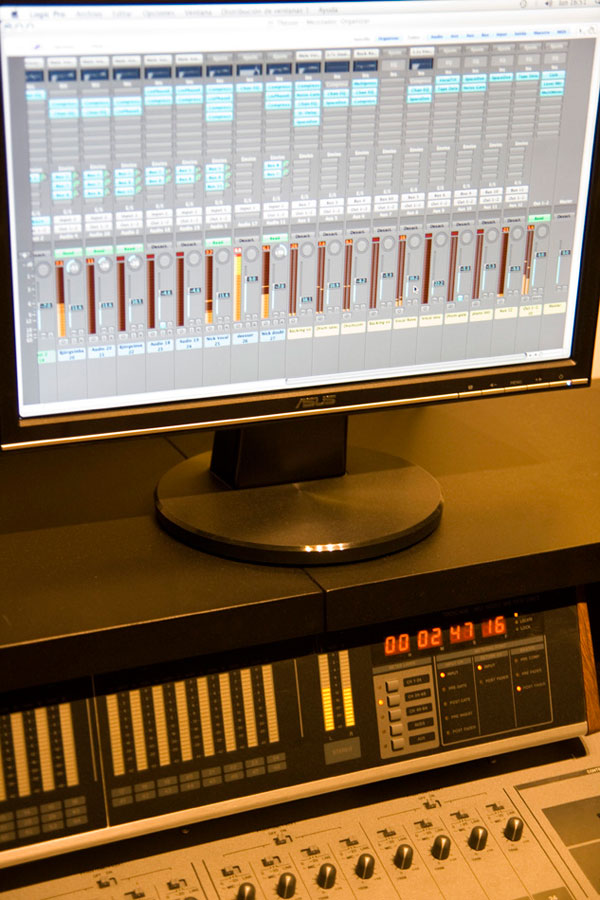 When the production process has been finished, every instrument has been recorded and all the musicians have gone home it's time for the multi-track to be mixed. If we take a typical multi-tracked recording that's been recorded over the span of a few weeks or months (or God forbid years!), there can be severe inconsistencies in levels and sounds that each particular instrument has.

We can't go and put all the faders level with each other can call a track mixed, since the instruments were all recorded at different levels. Some instruments that were meant to be in the background might have been recorded much hotter than a lead element therefore dominating the mix. So it's the mixing engineer's job to square off these tracks and create a consistent and exciting mix out of the recorded multi-tracks he gets from the recording engineer.

If you like working with pre-recorded music, and like fiddling around with EQ and compression alongside effects processors and reverb, being a mixing engineer can be a great vocation. It can be nice to immerse yourself in a mix without having to deal with the actual artists until the mix is done. It enables you to work the hours you want and it can also get very inspirational and creative trying to mold a consistent and flowing mix out of randomly recorded tracks. So when you've finally drained your creative spirits and ended up with an amazing mix, you can call in the artists to get their final comments and ultimate approval.

The final link in the production chain is the mastering process. Working as mastering engineers, it's our duty to make the master sound better than the mix, and also make multiple songs sound like a complete whole.

Ever wondered how CDs that were recorded in 10 different studios can be made to sound similar to one another? A lot of it has to do with the mastering process, as the mastering engineer goes over every track that the artist has recorded and tries to make it sound like a complete package.

With subtle compression and EQs, a mastering engineer shapes a mix into an exciting an aurally dynamic package. If you like using subtle compression, EQ and limiting to put the final touches to an already great sounding mix, but making it sound better, then being a mastering engineer can be a good idea for you. It's their job to take an exciting mix that might be too dynamic or needing a repairs in specific frequency regions and really make it shine. 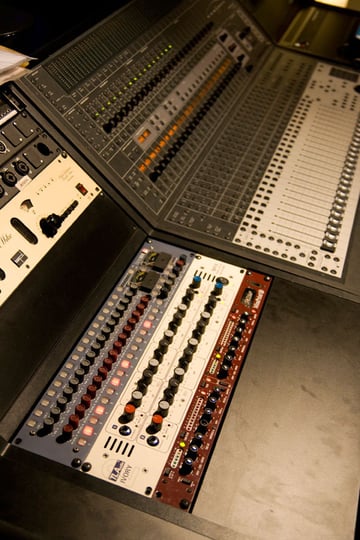 Barring the fact that you just create your own studio and become a no holds barred jack of all trades, recording, mixing and mastering everything yourself, you're probably not going to start your career in a big studio being the big muscle mixing engineer. Starting as an assistant or an intern is usually the way to go.

Assisting under skilled and professional engineers, regardless of which facet of the production process they work in, can be an invaluable learning experience. Learning the trade first-hand from someone with plentiful experience can be a quicker way to learn the craft since you can tap into the wisdom and experience of someone who has gone through hundreds of songs and recordings.

I highly recommend interning or assisting for experienced engineers as they can give you quick productive answers based on experience in a heartbeat as opposed to you leafing through hundreds of pages of books, blogs or forums to get a trustworthy answer to audio related questions. Experienced engineers can be a pool of knowledge and experience, and the payoff of taking a minimal, or non-paying job working for them is the immediate access to experience that can help you in the long run.

The music industry is a popular one. Many of those who dive into the world of audio engineering do so with the intent of wanting to work with music. It's the industry that first pops into our heads and is one of the more exciting and glamorous ones to work in, with the Lady Gagas and Justin Timberlakes of the world. Who doesn't want to have “Recent clients include Lady Gaga” on their resume? C'mon! Don't lie! The fact is that the amount of artistic and creative juice flowing in the music industry is contagious, and everybody wants a piece of the cake. So if you can handle the incredibly competitive nature of the music industry and have the talent to make a name for yourself, you could do worse things than putting your passion for audio into the music industry.

What's your career in the music industry? Do you currently work as one of these, or are you planning on pursuing a career as an audio engineer in music? Stay tuned for the next installments of careers in audio as we talk about broadcast and film work, recording foley, supervising radio broadcasts or mixing film scores.