Ever since I started playing music I've carried notebooks around with me to write lyrics and chords in. These days I'm just as likely to type then onto my laptop. I've finally got hold of my own iPad (now I don't have to "borrow" my wife's), and thought that it's a great size both for both carrying and reading chord charts. So my search for the perfect app began.

This is our third look at the iPad. You can see the previous two articles here:

We've already touched on the idea of using iPads for reading sheet music, and listed a few apps. But chord charts are a bit different to sheet music. They're simpler. They give you just enough information so you don't clash with the band, without telling you every note to play. And you'll definitely prefer chord charts if you can't read music. (Though I say it's definitely a skill worth working on.)

Not everyone collects chord charts - or sheet music. Some people prefer to play by ear, and become very talented at it. (By the way, watch out for a great Basix series on playing by ear coming real soon.) But as I searched the Net I came across story after story of grateful musicians. Musicians who have been lugging folders full of music around with them for years. Now they just carry their iPad.

Sounds tempting! So my search for the perfect chord chart app began. Here are 8 apps that might do the job. They include two general apps that handle PDFs and other relevant file types, two iPad chord chart apps I've bought and am trying out, one other iPad app I haven't tried yet, and three iPhone apps - they look interesting, and work on the iPad too. 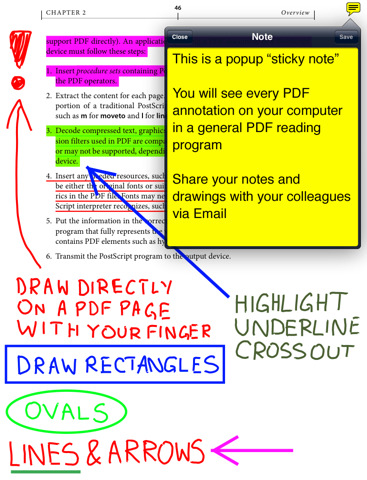 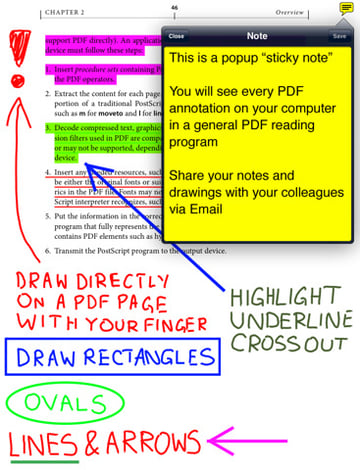 I quite like GoodReader. It can read a variety of file types, including types I have chord charts in - PDF and DOC. What I really love is the way that it displays everything in my Dropbox, and lets me view them from within the app. That makes things very easy to get all my chord charts onto the iPad.

In a recent update, GoodReader now allows you to annotate, highlight and mark up PDFs, and save these within the file. That can be really handy when wanting to remember some particulars about how the song goes, or highlight where that tricky chord goes you keep forgetting.

This is quite a good option. The app is flexible and cheap. It might suit many of you, though doesn't have some of the features included in apps particularly focused on chord charts. 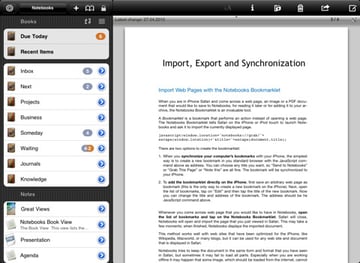 This is one of the handiest and most flexible iPad apps I've found. It's my iPad Swiss Army knife:

I've been using the app for weeks, but only recently realized how useful it is for storing my chord charts. But again, it doesn't have all the features of the apps that are designed specifically for handling chord charts. 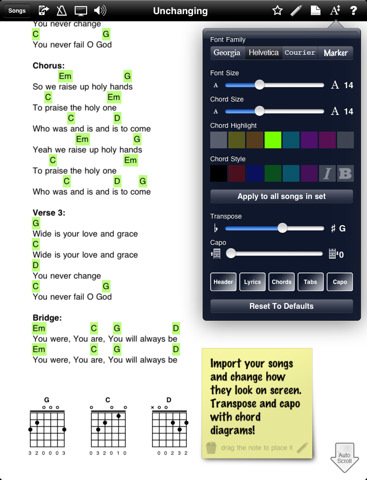 This app looked interesting enough in the app store for me to buy. Here are some things I like about it:

Overall it's a fairly solid app. 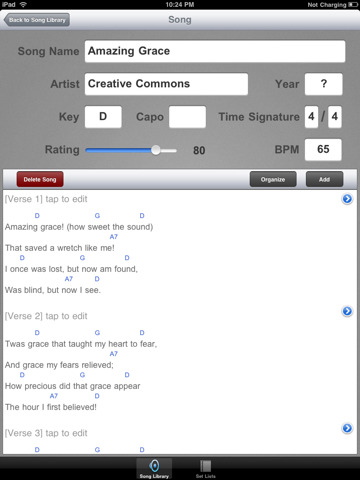 Overall I enjoy the app, but find myself turning to OnSong more. iChordChart also lets you share chord charts with other band members, and people around the world. But its implementation doesn't compare with being able to import from a huge existing base of songs on Ultimate-Guitar.com. 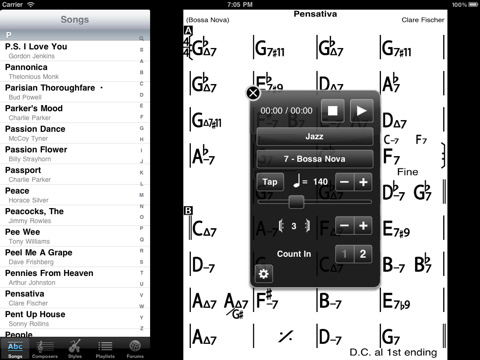 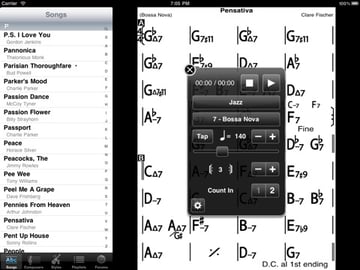 iReal Book is the ultimate chord chart for Jazz musos. I don't know how many Jazz fans read Audiotuts+ - give us a shout out in the comments if that's you.

iReal Book stores chords, but not lyrics. I love that it displays bar lines, and has a broader range of notation than the other apps. And iReal Book comes with a long list of 900 chord charts, including Jazz standards and pop songs.

But where the app really stands out, is that it can accompany your playing with its own piano, bass and drums accompaniment. It comes with the Medium Swing Jazz style included, and at an extra cost you can purchase the Jazz Styles Pack, which includes another 10 styles. Even more styles should become available in the future.

I can imagine a Jazz guitarist taking this app along to a gig - not just as a chord chart, but as the band! 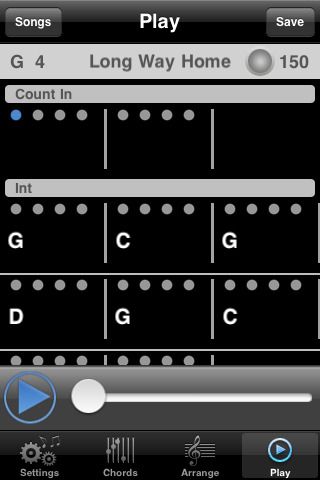 This is a chord chart app for the iPhone that offers rapid entry of chords, as well as providing a metronome and playing the guitar chords you entered. It's probably more of a practice tool than gigging tool, and looks very useful.

Here is a video of it in action: 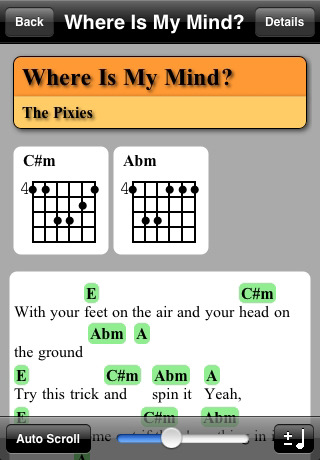 This app looks a little similar to OnSong, but for the iPhone. It allows you to import songs from the Net, displays lyrics and chords, and allows you to transpose.

This is another iPhone app that displays chords with bar lines. When you tap the chord symbols, chord and scale diagrams pop up at the bottom of the screen.

The app is designed with jamming in mind - instead of playing mindlessly, the band can all follow the same chord chart. It's a more basic app than some of the others listed.

Which app appeals to you most? For me, it's OnSong. It's clear display, easy navigation, and huge library of charts to import won me over. But some of the other apps also look interesting, and I may end up buying most of those listed above.

I haven't covered all of the iPad apps that can do chord charts. Which do you use? Which do you recommend? Which aren't worth bothering with? Let us know in the comments.