Last of the Romantics: Justin Durban Transports Listeners to Another World

When film score composer Justin Durban was starting out, he often gave away his compositions for free, posting them to his website. That early sharing helped connect him to budding filmmakers who needed music to accompany their visuals.

It also eventually led him to one of his most unusual and enjoyable gigs: composing a score to accompany the exhibits at the Admiral Nimitz National Museum of the Pacific War in Fredericksburg, Texas.

“They were getting ready to renovate the museum and they wanted to have a full orchestral score to accompany the exhibits,” Durban says. “One of the guys who worked at the museum had downloaded a lot of my music and he used some of it when they pitched the project to investors.”

The pitch was successful and the museum director went to work building a 32,000 square foot exhibit that would allow visitors a historical walkthrough of the pacific war. He also hired Durban to make an original score, 45-minutes of music that would accompany visitors as they strolled through the exhibit space.

Durban’s task was to depict the build up to the war, the battles, the soldiers and the eventual surrender of Japan. The songs, named “The Pacific War Suite,” are a mixture of the bold and the subdued, Durban says. “The music is patriotic, big and energetic,” he says, “but it also features solemn and mournful cello solos.”

Durban says fate may have had something to do with him getting the picked to create the score. “I was born on Dec. 7,” he says, “so I’ve always had an interest in the pacific war.”

Durban composed the Pacific War Suite on his PC, gathering music samples (piano, strings, brass, percussion) from a variety of online music libraries, and then using the software program Gigastudio to store and organize them. Once he had the sounds he needed, Durban used the program Cakewalk Sonar as his MIDI sampler, creating and recording a template of sounds that would eventually become his songs.

After creating 16 songs, Durban emailed the MP3s to an orchestrator, who translated them into sheet music. Finally, Durban traveled from his home in Austin, Texas to Nashville, Tennessee to record his compositions with a live orchestra, The Nashville String Machine. The experience, he says, was unforgettable.

“I had a wonderful crew all along the way and it’s something I’ll never forget,” he says. “It’s got to be all downhill from here.”

From GI Joe to Tinsel Town

The 32-year-old’s interest in film and technology began in middle school. While growing up in Madisonville, Kentucky, Durban often spent his free time with friends making stop action movies with GI Joe and Star Wars action figures and scoring them with songs from the movie Batman. Eventually he began writing his own music with his electronic keyboard.

Then while attending the University of Kentucky, Lexington, where he was studying graphic design, Durban discovered dvxuser.com, an online site where beginning filmmakers gather. In his spare time, Durban began composing for some of the filmmakers. Not long after, he decided to try to make a career in the film industry. So in 2005, he loaded up his car and drove out to Los Angeles.

In California, Durban landed a job with X-Ray Dog Music, a small company that scores music for movie trailers. Durban says movie houses often hire outside companies to create music for their trailers because they need to have the trailer finished before the film and its full musical score are done.

Making trailer music was good training, he adds, allowing him the opportunity to be involved in a small but important part of well-know feature films such as Avatar, Alice in Wonderland, Harry Potter: Order of the Phoenix and How to Train Your Dragon.

Making the music for a trailer is different from a full-length film, Durban says. Rather than create original music, movie trailer composers take pre-existing pieces and score them together in an original way. “They’re usually short bursts of energetic music,” he says, “that are designed to drive people to the movie theater.”

In addition to working on trailers, Durban began to get paying work from some of the filmmakers that he’d connected with online while in college. To date he has created film scores for more than 300 short films and close to 20 feature films, including the Star Trek fan film “Of Gods and Men.”

“That’s probably my most well known work,” Durban says. “That movie stars a lot of characters from Star Trek The Next Generation and has a pretty strong fan base.”

Durban says he composes his song in layers: one layer might be a minute’s worth of strings, the next 30 seconds of brass, and the next 15 seconds of percussion.

“I like to look at making music like cooking,” he says. “You start by gathering all of your ingredients or your instruments. Then you consider how much time you have. For instance, if you know that dinner needs to be ready at 7 and it’s 5, then you have two hours to make your meal. So you start with the main course or the main instrument first, then you work on the side dishes until you have everything completed in the right amount of time. “

Though Durban mostly relies on online music libraries to gather the right sounds for his pieces, he also likes to make sounds from scratch. A lion’s roar, he says, might be created by scraping his microphone across his jeans, combined with the low thud of an empty water cooler jug.

In addition, he occasionally uses voices on his compositions. “You don’t need any fancy equipment to record simple vocals,” he said, “a home computer microphone, a T-shirt to cover it up, and the right software with reverb and you can just about do anything.”

For the Pacific War Suite, though, he was able to use a 24-piece choir to sing the oohs and aahs that can be heard on some of the tracks.

“The thing about a choir,” he says, “is it adds extra padding to your composition. It fills up the space with additional sound.”

While in Los Angeles, Durban met and married, Nicholle Walton, an actress and budding film producer. Two years ago, they had their son, Myndin, and decided to move to Austin, Texas, a city with a growing filmmaking community they felt was more family-friendly than Los Angeles.

“It’s a good film-making community and lacks the hustle and bustle and weirdness of Los Angeles,” Durban says.

Durban recently joined forces with an independent film director in Austin, who he found through a notice on Craigslist. He is now working as both the art director and music composer for movie called “Book of Babylon,” which is the story of a girl who stumbles across an ancient book that when opened unleashes supernatural havoc on the world. Walton is helping produce the film.

Book of Babylon’s fantasy theme fits Durban’s style. He likes films that offer escapism to another world: Last of the Mohicans, Gladiator, Braveheart. “I would definitely say I’m a romantic,” he says, “a daydreamer.”

Babylon’s producers recently traveled to the American Film Market in Los Angeles with a six to eight minute teaser trailer that Durban scored to show to potential distributors. “Hopefully someone will pick it up and the next thing you know it maybe in your nearest Blockbuster,” Durban says.

In the meantime, Durban is hard at work on his own movie project called “Kings and Kingdoms.” The fantasy story, which he hopes to eventually make into a trilogy of films, started out as a soundtrack.”

“I wanted to sell an album that was specifically geared toward the fantasy genre,” he says. “So I started out with one 10-minute song in which I tried to hit every emotion in the fantasy realm from action adventure to a love scene.

“One track led to another. Then I created a poster for it and after that I drew these characters. The next thing you know, I had 24 tracks of fantasy style music, hundreds of drawings, and I thought, ‘Wow this could be a trilogy of movies.”

Durban says he has the first episode written and he is halfway through the second. He doesn’t know when the filming will begin, but he’s confident that when he’s ready he’ll be able to tap into the connections he began making years ago. “It’s just a matter of time,” he says. 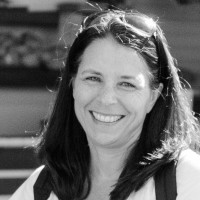