Don’t you hate to see the CPU overload indicator light up? Everything sounds distorted, and vocals resemble like Darth Vader on a bad day. Well, Cubase has an option called Freeze, which will definitely help.

When VSTs are played, they're usually processed in runtime, increasing the load on the CPU. The same with audio tracks that have a lot of processing and plugins on them. Freezing is done by rendering the track to an audio file, reducing the demands placed on the CPU.

In this quick tip, I'll explain the process of freezing a track.

Freezing frees up the CPU, allowing it to allocate its resources to more important processes. Freezing is best effective when your system is under a lot of load, causing your sound to get distorted or making the sound feel like its gurgling water.

When you face these kinds of problems, identify the tracks that have many plugins on them, or VST instruments which are large or using many samples. These tracks are usually the culprits, and they are the ones that need to be frozen.

How to Freeze a VST

The first step in freezing a VST is to set up the track in the way you want it to be played. This includes editing the MIDI tracks associated with the VST, and making changes to the instrument channel related to the VST. If you have added any automation to the tracks, make sure that the Read button is activated for the tracks.

The second step is to select the VST's instrument window from the Devices menu (or press F11). If you're using an instrument channel, open up the inspector of that channel. Then click on Freeze.

Now press OK, and the track will be rendered and the resources freed up. Playback will be the same as before, but less resources will be used, and the CPU will be less loaded.

How To Freeze Audio Track Effects

If an audio track has too many plugins or effects on it, you can freeze that track, reducing the overall load on the CPU. The method is similar to the one above.

Tip: You can only freeze audio tracks, not group channels or FX channel tracks.

Select the Freeze Channel option in the audio track's inspector. Here you can adjust the Tail Time in seconds, which will define how much time is allowed for the effects—such as delay and reverb—to completely fade out. Press OK and the track will be frozen and locked from further editing. You will still be able to adjust the levels, panning, EQ and effect sends.

Remember that the last two insert effects on the track will not be frozen, as they are post-fader insert slots.

In case you want to edit the file again, or if you want to unfreeze it altogether, press the Freeze button again. You will have the option to delete the frozen files completely, or to Keep The Freeze files, which will let you freeze the file again after making the necessary changes.

Freezing is a method that every engineer must know how and when to use. It allows you to reduce the load on your CPU considerably, making it easier for you to perform your job and make better music.

Make sure that the tracks that you select for freezing will not be continually edited, because once the tracks are frozen, you will not be able to make any major changes to it.

Next time you feel that one of your tracks is slowing you down, click on the Freeze button, and go build a snowman! 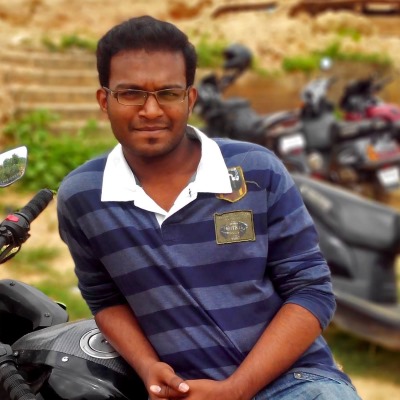 Sudhin Venu
Sudhin Venu is a freelance musician who is also the author of the site www.chordzone.org, which teaches the chords of songs and how to play them on guitar and the piano.
sudhingr8
Weekly email summary