How to Produce a Downtempo, Trip Hop Beat

Recently I have been putting together quite a few downtempo, trip hop style beats for various projects and I thought it might be useful for me to share the basic process I use to get things started.

Be aware this is just the foundation for a beat and only one way of doing it, styles and technique will vary massively from project to project ... but I figured some of you may find the techniques used here useful. I have used Cubase with stock plug-ins and instruments here but the techniques could easily be ported to any other DAW.

Step 1: Load a Groove Agent One and Create a Basic Pattern

Ok, so I started by loading up a Groove Agent One and one of its excellent stock kits. I then played a basic pattern using a MIDI keyboard. This will act as a skeleton for the beat and it's highly likely the pattern will need to be changed as new elements are added. 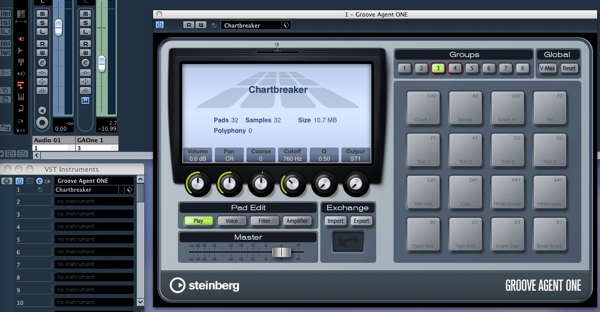 The Groove Agent One is loaded up.

You might notice that the pattern is pretty strictly quantised to 16ths. This seemed to work here but you may want to start with some swing or a custom groove.

The initial MIDI based beat.

Step 2: Add a Break or Loop

A really quick way of filling out any beat and adding some extra groove, is to use a loop. This doesn't always work but it's worth experimenting with. In this case I used a vinyl style break and mixed it at a pretty low level against the original beat and filtered off some low end to ensure the original kick drum could breathe.

The loop is added. 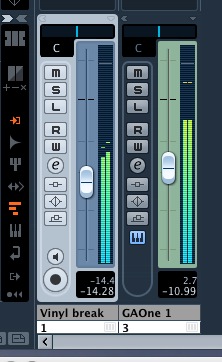 Some low end is removed.

The loop is mixed well but the patterns clash slightly.

The original MIDI pattern is now slightly tweaked to 'fit' with the new break. Essentially all I did was move a kick and a few snares around at the end of the 4 and 8 bars respectively. This felt a little more natural and seemed to flow more.

The original pattern is edited slightly.

The loop mixed without he edited MIDI.

Next up I wanted to add some percussion, I decided that I would cut a few sounds out of a loop. This is a different approach to just loading up a raw sample and can give you a slightly different sound.

A new loop is imported.

I started by loading another loop that contained some percussion elements I liked. You'll notice by the small symbol in the bottom left of the region that this loop contains tempo data and will remain locked at any BPM.

This loop is in musical mode.

On double clicking the loop you are presented with some editing options in the left hand side of the display. Go straight for the sensitivity slider. Increasing this will give you automatically placed markers on each transient, much like Recycle. You can add or remove any markers that have been wrongly placed or missed. 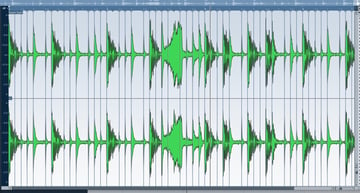 Now hit create slices, Cubase will ask you if you want to exit musical mode, hit ok and move back to the arrange window. Now when you double click your loop you will see it has been cut into slices for you, very handy!

And boom! your slices are created.

I then opened a second Groove Agent One and dragged the newly sliced loop to the first pad. Each slice is then mapped on consecutive pads. This is a god send and an extremely useful workflow feature. Your sounds are now ready to play via keyboard or set of pads. 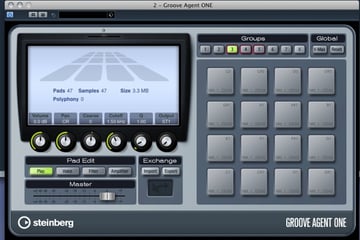 You might notice that in the final project I have bounced the output of this Groove Agent One, this is because the system used for loading custom kits requires and export and import and is not saved directly with your project. Something Steinberg tell me is 'a slight limitation'. Hopefully this will be sorted in a future update.

Next up I programmed a basic pattern with one of the slices from the loop.

The new percussion part in action.

When played back using a straight 1/16th quantise, everything sounded a touch machine like so I decided to add some swing and to o open up the percussion sequence further I added some stereo delay, this gave the whole loop a 'pacey', running feel.

Some stereo delay is added. 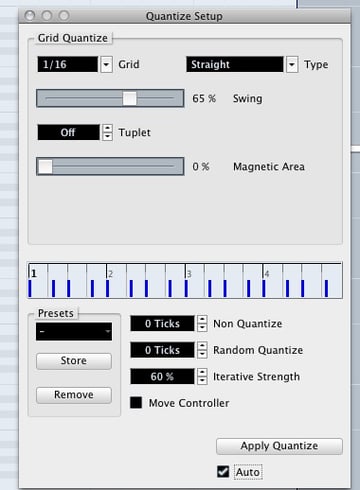 And some swing for some extra groove.

The percussion is greatly enhanced by some effects and swing.

At this point a couple of crashes were mixed for impact at the start of each four bars. I also added a .rex drum fill sample and trimmed it to size. These sounds were then mixed to a good relative level and some low end removed from the crashes.

Some crashes and fill are mixed.

The crashes and fill in action.

At this point all the drum sounds (bar the crashes) were grouped. This meant I was able to apply a vintage compressor and some valve distortion and this added some grit and extra punch to proceedings. 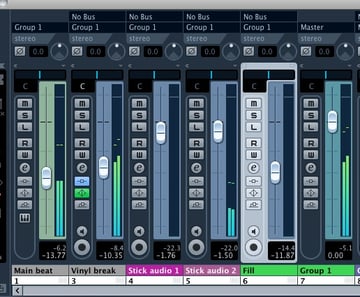 The main drum parts are grouped 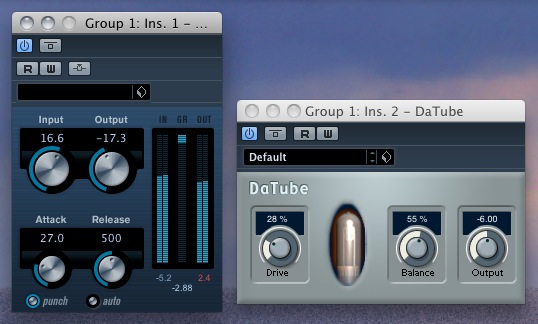 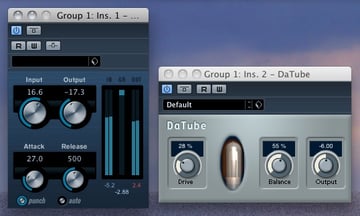 ... and then are treated with a compressor and tube emulation.

The drum group with extra crunch!

Finally A maximiser/limiter and an a dithering plug-in were added to the master buss to represent a light mastering job.

Some light mastering processing is added

Try your own beat and add some extra effects hits and some automation. A beat made in this way can be constructed quickly and easily edited. 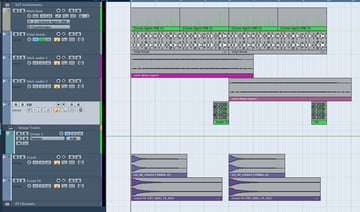 The final loop in the arrange window view. 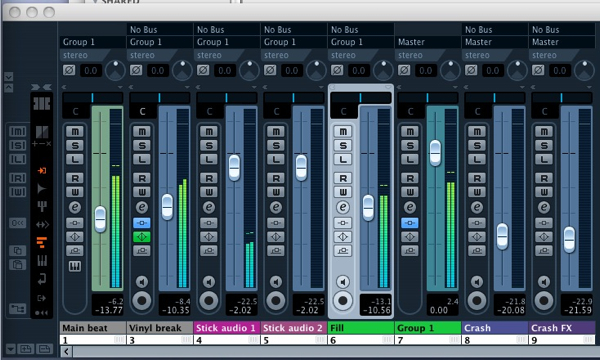 And in the mixer

Audio ProductionCubase
Did you find this post useful?
Yes No
Would you like to provide feedback (optional)?
Cancel Submit
Want a weekly email summary?
Subscribe below and we’ll send you a weekly email summary of all new Music & Audio tutorials. Never miss out on learning about the next big thing.
Sign up