George Strezov Feb 22, 2013
Read Time: 5 min
Audio Production
This post is part of a series called Manipulating MIDI: Setup, Sequencing and Secrets.
7 Ways to Use and Edit MIDI Velocity
A Guide to Ghost Snares in MIDI

As I said in my previous article Making a Convincing Melody with Sampled Orchestral Strings, one of the toughest things when making a MIDI mock-up is the string part. Sadly for me, since my last tutorial, I haven't had the chance to try Hollywood Strings or LASS, so I'll be doing this tutorial with my good old friend East West Quantum Leap Orchestra Complete, without blending different patches, using just one!

Every few weeks, we revisit some of our reader's favorite posts from throughout the history of the site. This tutorial was first published in August of 2011.

So, before going to the tutorial, there is no point in lying to you. MIDI is always a temporary option. For us, the film composer guys, MIDI is a solution till the time we can record a live orchestra.

In my humble opinion, live music can never be replaced by zeroes and bits, mainly because it lacks the heart of the musician. Maybe some of you thing that this is a cliché but it's totally true that even after working for months on a MIDI orchestration, you can't get 40% out of a real orchestra.

Of course, very few of us would be that lucky to afford a real orchestra recording. But if a whole orchestra is expensive for you, why don't you record one single musician? Therefore you'd get that 'heart' feeling in your MIDI orchestration. So, let's get started!

For this tutorial I'll be using a piece of the end credits of a short-film that I composed a while ago. I did everything for free, meaning that I didn't have the budget to record even a string quartet. So after thinking a lot about the situation, I decided to record violins only – because almost everywhere in the movie they played the main melody.

So after composing the piece, I started preparing stems for the violinist. 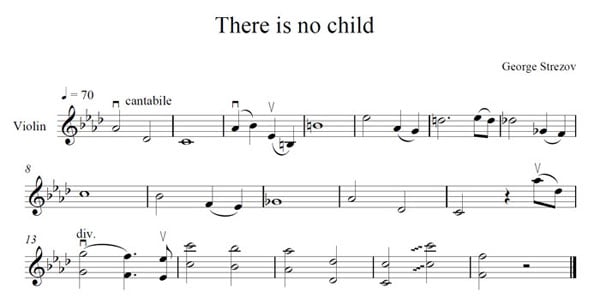 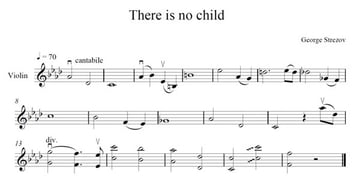 As you can see in the picture above, I wrote not only the notes, but some legato articulations, bowings and some effects like the portamento on bar 16. Of course, these are just my proposals – I'm not a string player, so when we are at the recording session we can change some of the bowings in order to get a nicer sound.

In my case, I was working with my friend Kalina Miteva (who's a virtuoso violinist!); she didn't need time for practicing, she was sight reading. Also, she made some changes to the bowings and I was happy with the sound.

As I've said, before making the stems for the violin, I already composed the piece and worked on it till it sounded well to my ears. I used two patches for the violins, playing simultaneously. In terms of classical orchestration, I have the first and second violins playing in unison, and then at bar 13 – playing in octaves, while the harmony is in brass and woodwinds.

So, I have these two patches – first and second violins – that are playing the melody with differences in velocity and volume curves (CC#7). 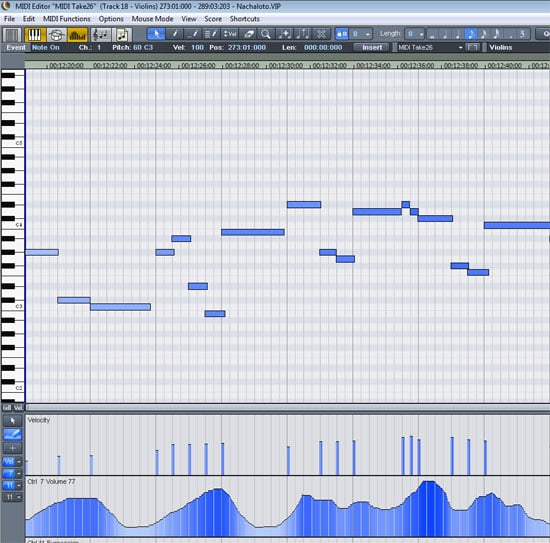 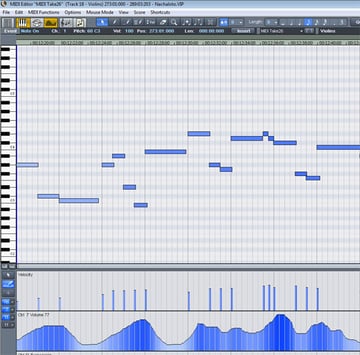 As you can hear, the main problems are when the violins get to the higher notes at bar 13. Because I didn't have spare time, I crossed my fingers and prayed that after recording the live violin this problem would fade away.

I recorded the violins in my home studio with a Rode NTK large-diaphragm condenser microphone. You can read lots about microphones from this collection of articles here - How to Choose and Use Microphones.

Just something to say about my recording process – I was recording mono (obviously, I had only one mic) and I finally use four different recordings – 2 for first violins, 2 for second violins. The difference between the recordings is that I used different microphone positions – a close one and few feet away from the player.

Here's how the recorded violins sound when played in solo mode:

You notice how the violins are out of pitch at some places? Perhaps this sounds terrible to your ears right now, but imagine 16 violinists playing that melody in the orchestra – they won't play the same notes – someone would be slightly away from the exact pitch or rhythm. So, these little “defects” add colour to the music, add the human touch.

Can you notice that at some places the violinist is breathing? Especially when there is a certain phrase in the melody that is very expressive – she's taking a deep breath, as if she's diving into the music itself!

One thing has to come in our mind when mixing live and MIDI recordings. In our case, when the violin has to add colour and feeling to our sampled strings, we must not forget that the live recording must not stand above the MIDI strings. Why? Because in our recording we have one string instrument, and in our sequencer we have 14+ string instruments. I want to hear strings, not a violin solo, therefore I'll mix very, very carefully.

I had this problems in the beginning – I was so much in love with the real recording, that I always put it above everything in the mix... and was wondering why it sounded so thin. 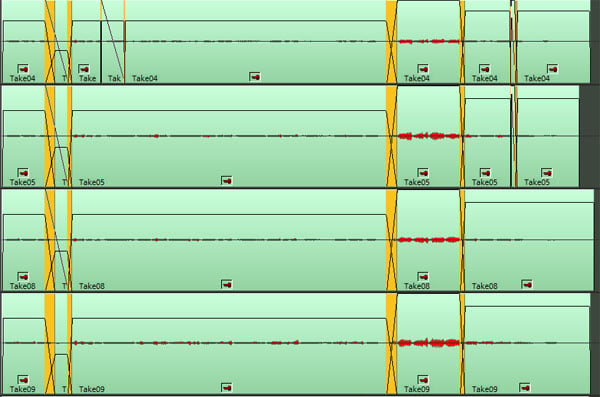 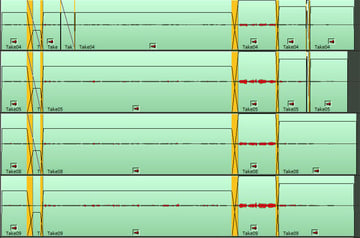 Before mixing, I just did some editing on the live recordings – volume, different takes, pitch editing and etc.

I placed reverbs, made some phase shifting (to avoid phase issues), added gates, removed some noises, added panning and closely listened so that I have the perfect balance between sampled and live strings.

I hope this has been useful for you. Experiment and enjoy making music! Here's the final track.

George Strezov
George Strezov is a student from Bulgaria, studying conducting at the National Academy of Music, Sofia. His passion is composing, and he has made soundtracks for various movies - documentaries, short-films, commercials, TV and radio spots.
Looking for something to help kick start your next project?
Envato Market has a range of items for sale to help get you started.