In this tutorial we’re going to look at a method of arranging the song from the engineer’s perspective, so that when you fire up your sequencer or go into the studio, you know what to do to make your song cohesive from the get-go.

Digital recording and the ever-increasing popularity of programmed music mean two things: it’s easier and easier to jump straight into recording a project with less and less thought, planning and consideration put into place.

You can hear this on a lot of the electronic music that’s out there. The composer may have got the forward movement right, with a composition that moves ahead and retains the interest of the listener, but the vertical movement—the depth of the song—remains ill-conceived. Perhaps there’s not enough going on, more likely too much, or it could just be a general lack of cohesion.

In a given section of the song, you need to balance the following four elements. Don’t get me wrong: creativity comes first and you can elect to drop an element from your arrangement or add an extra one, but this is your foundation. This is how you start thinking with, planning and layering up your song.

Groove, or foundational elements. The drums and bass guitar almost always fill this role, though it may differ from song to song and genre to genre. The groove sets the scene for the rest of the arrangement, so it’s frequently referred to as the foundation.

Atmospheric elements give the song more depth and texture. These are quite frequently pad synths, but it can really be any instrument that plays long, sustained chords that generally only change with the chord progression, not with the rhythm or groove sections.

Rhythm plays against the groove, though never clashing with it, to add rhythmic interest to the song. Most rock bands have a rhythm guitar, Latin and reggae styles use certain kinds of percussion, and electro might use a rhythmic synth.

Melody or lead is the instrument at the forefront of the song. All the other elements exist for one reason: to support and add interest to this main element. In most music this is the vocal, and in many genres a solo from one of the other instruments will take the lead or melody part to give the vocal a break. It’s most likely to be a lead synth of some sort in electronic music.

Building the Song – A Four-Bar Tutorial

We’re going to use Reason to build up four bars of music using these four elements. If you want to follow along, fire up your sequencer of choice.

First we’ll get a drumbeat going on. I’m going to be lazy and use a Dr. REX loop here. I want this track to have some atmosphere and space to it—perhaps to create an eerie feel and build up to a distorted guitar part—so I’m going to put some reverb on it and create a roomy sound. 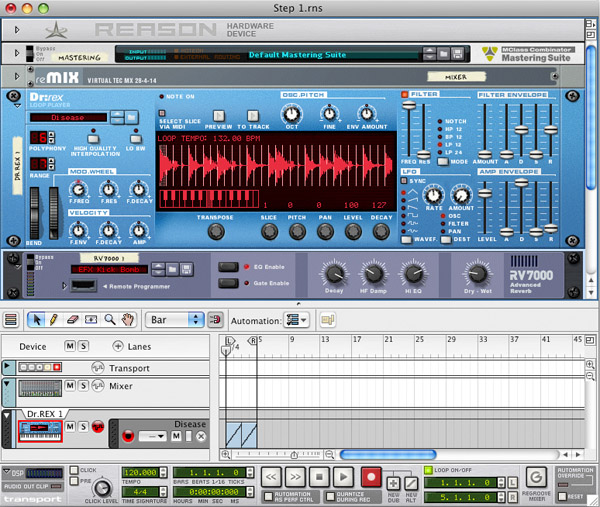 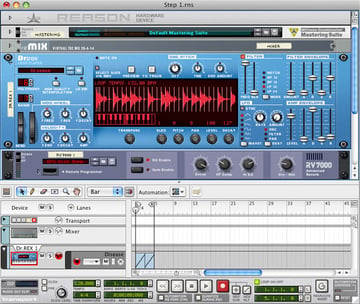 The second part of the foundation is going to be the bass guitar. Just a quick simple riff: after all this is about arranging, not composing. If you’re interested, the riff is based on the notes B, E, G and D. 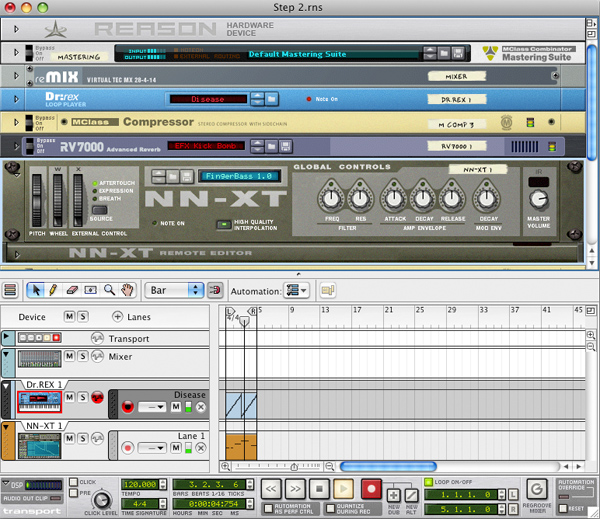 So we’ve got our foundation sorted out, and hopefully you’ve tweaked the sound until you’re happy with it. Remember that it’s just a foundation, so its components shouldn’t be busy nor taking over the mix.

Time to add an atmospheric element. If we just had groove, rhythm and lead elements, the mix would be lacking depth, so let’s use something really simple to fill things out a bit. 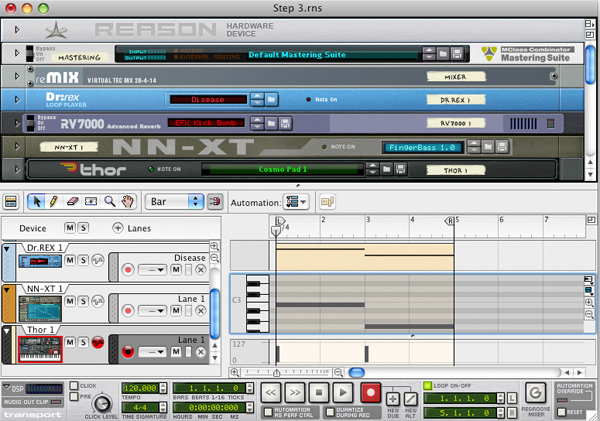 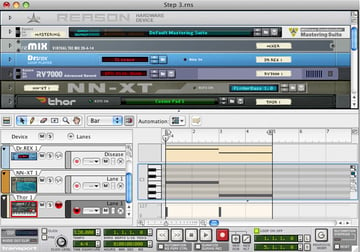 This is a Thor pad, and we’re just playing two bars each of B and G. Even though we haven’t added the final elements yet, it’s already evident that the song is going to be much fuller and deeper because of this addition.

For this song’s rhythm element we’re going to use a rhythmic synthesizer, this time using the Malstrom. Remember that a great rhythm element doesn’t have the same rhythm as our groove or foundation: it works counter to it, often on the backbeat.

You can also see that I’ve used the two bass-notes and four melodic notes here, so we almost have two rhythms going on at once.

Time for the lead. At this point I’d prefer to record a vocal and make that the lead. Given the sound we’ve built up so far, I think that’d make the most complimentary choice. But to avoid leaving Reason and having to set up a mic, let’s use another Thor synthesizer.

I’m creating a really simple melody, though you might want to put some more thought into yours: this one becomes grating pretty quickly! 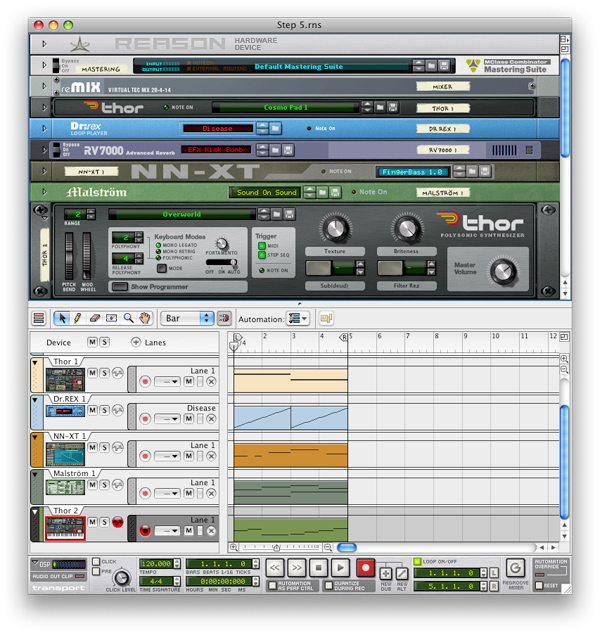 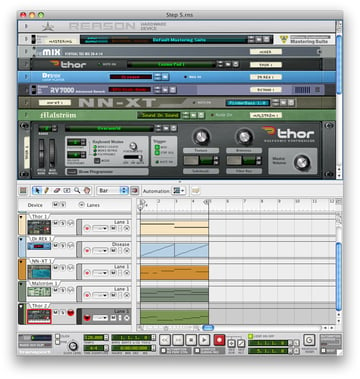 Personally, I’m a big fan of vocals and guitar solos filling the lead role, so you may have better synth lead ideas than me.

We’re done! Now mixing is up to you, which you’ll find much easier, even if you’re no mixing master, because you understand each element of the song and the roles they fill. Many musicians sit at home layering tracks up but don’t stop to ask what each layer is doing, nor do many stop to think about arrangement, and this creates a whole bunch of problems down the road. Well, problem solved!

Listen to the final product:

ArrangementReason
Did you find this post useful?
Yes No
Would you like to provide feedback (optional)?
Cancel Submit
Want a weekly email summary?
Subscribe below and we’ll send you a weekly email summary of all new Music & Audio tutorials. Never miss out on learning about the next big thing.
Sign up