Today I will show you how to create engine/vehicle sounds using an analogue synthesizer. For this tutorial, I am using the Digidesign Vacuum instrument in Pro Tools, because it offers a nice tube saturation to the sound with its vacuum tube synthesis, although its not different from any of the analogue synthesizers in operation.

You may use any of the available synthesizers for this sound as the process remains the same. The tube saturation feature might not be available in every plugin but that can be added externally as an effect using a saturation plugin. Let's begin!

Load Vacuum as a new instrument. There are two Vacuum Tube Oscillators (VTO) labelled "VTO One" and "VTO Two". Let's change VTO One's range to 32 semitones and the shape just between Sawtooth and Triangle. For VCO 2, bring the range down to 16 semitones with the shape set to Noise. At the moment it sounds like nothing but a sawtooth wave with noise.

Now, let's bring up the Ringmod and set it to 100%. Ringmod outputs the sum and difference of the two waveforms, as sawtooth and noise here. The sound instantly changes to something that is very much machine-like. Also, you may add a bit of drive which adds distortion to the signal. 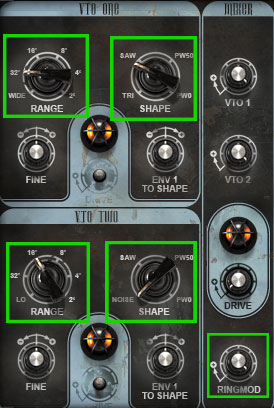 Now that we have an initial sound setup, let's tweak it further to get a more polished sound.

First of all, lets increase the attack time to 5 seconds to make the start a bit smoother. The attack time can be increased/decreased depending on the kind of sound you want, but let's leave it at 5 seconds for now.

Now its time to tweak the filters: 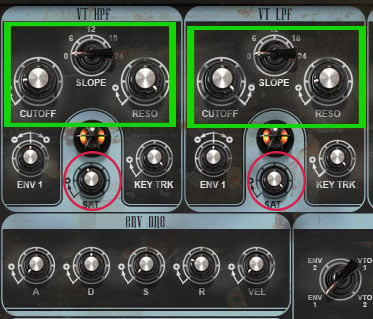 Here's the last step. In the Vacuum Tube Amplifier section (VTA, top-right), we increase the amp shape to around 60% to have a warmer sound.

In the modwheel section, let's change the destination to tremolo. This means that modwheel will control the tremolo. Let's bring the rate up to get a fluttery sound when the modwheel is pushed all the way up. The rate can also be automated to get that transformers kind of sound but since we are not aiming for that here, lets leave it this way.

That's it! We have our machine/engine sound that can be used in a variety of ways as a vehicle, generator or airplane sounds. 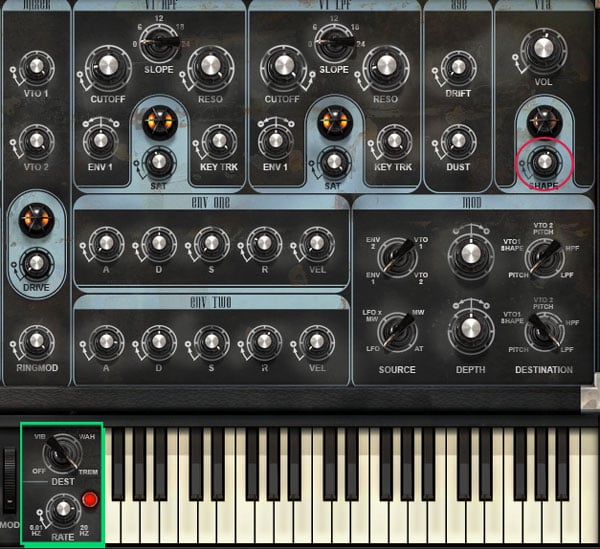 Thanks for reading, and I hope you liked this quick tip.

Sound DesignPro ToolsVacuum
Did you find this post useful?
Yes No
Would you like to provide feedback (optional)?
Cancel Submit
Want a weekly email summary?
Subscribe below and we’ll send you a weekly email summary of all new Music & Audio tutorials. Never miss out on learning about the next big thing.
Sign up

Nishant Pawar
Nishant Pawar is an independent composer and sound designer for video games and films. His passion is composing orchestral music, besides sound design using synths and outdoor recordings. He is also a med-school student.
Looking for something to help kick start your next project?
Envato Market has a range of items for sale to help get you started.