The Process of Score Composition, Part 2

This tutorial is the second in a series of tutorials on composition - specifically composition that might be appropriate for film, television, etc. The intention with this series of tutorials is to walk you through the process of one of my compositions. It is intended to offer some new ideas and perspectives and hopefully give a bit of creative inspiration, but by no means should it be considered definitive - even for my own personal compositional process.

In our first tutorial, we talked about establishing the foundation for your score, finding your current target, beginning steps, and a few tools that can help with the drafting or sketch process such as multiple-takes. In this tutorial, we'll take a closer look at the early phases of composition, and see how a particular cue begins to take form. 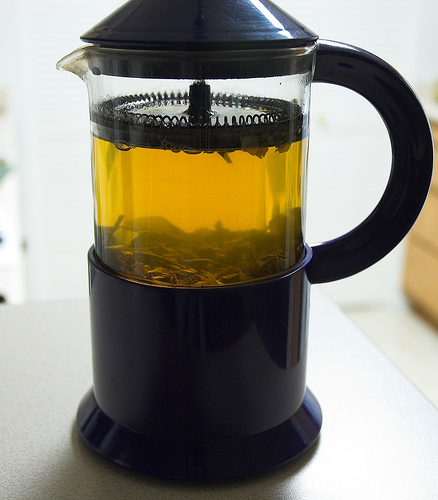 ...with poems one accomplishes so little when one writes them early. One should hold off and gather sense and sweetness a whole life long, a long life if possible, and then, right at the end, one could perhaps write ten lines that are good." - Rainer Maria Rilke

As you continue to work on sketching out melodic, harmonic and thematic ideas, it is important to continue to allow your ideas to steep in the source material of the scene. There are a number of ways to go about this, but here are a few particularly useful ideas:

As you gather these images and experiences, you may want to begin building 'banks' of thematic ideas that might represent each one. You can then begin experimenting with combinations of these ideas for your scene, merging and morphing the themes into one another, and re-arranging them to generate even more ideas. 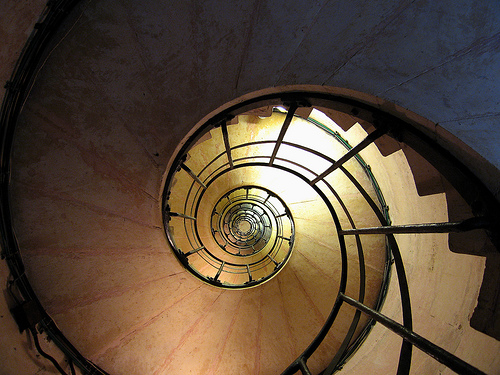 As you continue to work on generating ideas, it is important to begin to identify the emotional and intuitive arcs within a given scene. The most basic form of this might be conveyed as "Character X and Character Y begin to get into an argument. The argument increases, and finally Character X walks out and slams the door." The obvious arc here is the climax of the emotion of anger, as Character X walks out the door. But within this same scene there may be smaller arcs occurring. A great way of beginning to discover the arcs in a scene is by using a simple question and answer process:

As you begin to explore these questions, you will begin to weave an interesting tapestry of ideas and emotions that interconnect. Where once there may have been a simple 'point-a-to-point-b' melodic progression, now exists a complex web of thematic possibilities where motifs from various characters and events can begin to inform and influence the present theme.

The persistence of these arcs is important to the Arranging process. As you continue to add more instrumentation and ornamentation to your primary themes, you may find that certain instruments or harmonic elements support or detract from a particular arc. You may also find that certain arcs require more direct thematic support than others. Take note of these ideas, as we'll be exploring them in more depth in Part 3. 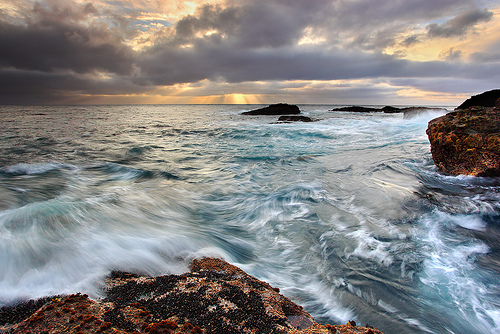 There is a delicate balance between the events of a scene and the underlying musical score, and the interplay between the two often allows for shifting emotional focus. There are times where the presence or absence of a strong musical statement can make or break the scene. In this way it is important to "choose your moments" wisely.

This process is often one of iteration, and you'll find that it is a collaborative process that often involves negotiation with the director. The moments where you believe there should be a strong musical statement might not necessarily match their own creative vision. Sometimes revision is clear and easy, and sometimes this process ends up being one where you simply do what you're asked. As I mentioned in Part 1, what sets a good composer apart from a great composer is the ability to express your musical vision within the confines of external influence and structure.

In the end, what is important is that you arrive at a place where the strongest musical statements fully support the emotion, events, characters and arc of the scene in a way that invites and engages the viewer more deeply into the scene. There is a very simple tool available in nearly every DAW that can aid in adding each of the above techniques into your compositional workflow. 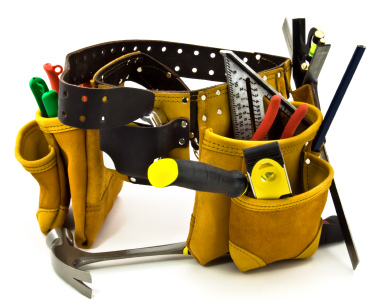 Markers in the Arrange window.

Though they may seem mundane, Markers are an excellent way to track ideas, note scene arcs, and highlighting moments. Even with the aid of a visual element (e.g. if you have a video copy of the scene you're scoring), Markers allow you to track specific ideas, notes, and points that may otherwise be lost from session to session.

Logic Pro has sophisticated marker functionality, but using them is quite simple. 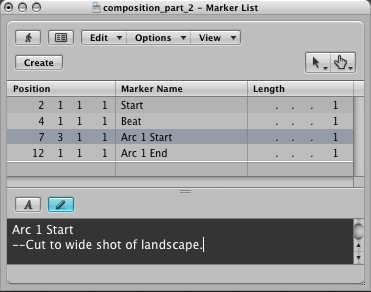 In Part 3 we will dive more deeply into the nuts and bolts of score composition, with further discussion of arrangement and some of the tools used in the process.