The Process of Score Composition, Part 4

This tutorial is the fourth and final installment in a series of tutorials on composition - specifically composition that might be appropriate for film, television, etc. The intention with this series of tutorials is to walk you through the process of one of my compositions. It is intended to offer some new ideas and perspectives and hopefully give a bit of creative inspiration, but by no means should it be considered definitive - even for my own personal compositional process.

In our first tutorial, we talked about establishing the foundation for your score, finding your current target, beginning steps, and a few tools that can help with the drafting or sketch process such as multiple-takes. In our second tutorial, we looked at the early phases of composition - finding arcs, choosing moments, and using markers to assist in composition. In the third tutorial we used the techniques of addition, contrast, and pacing to establish our first draft score for a scene. In this, our final tutorial in the series, we'll take another look at the use of pacing, as well as the art of subtraction in the creation of our final mix.

For the benefit of new readers, the clips below contain my first draft of the score for this scene - an MP3 and a Quicktime Movie. I am using a clip from Valkaama,which is an open-source movie project. Valkaama is licensed under the Creative Commons by-sa terms. This means that any use of this film or any of its constituent parts must follow the Creative Commons terms listed above, and the resulting work must also be made available under the same licensing terms.

First Draft of a Film Score in Valkaama Scene from AUDIOTUTS Video on Vimeo. 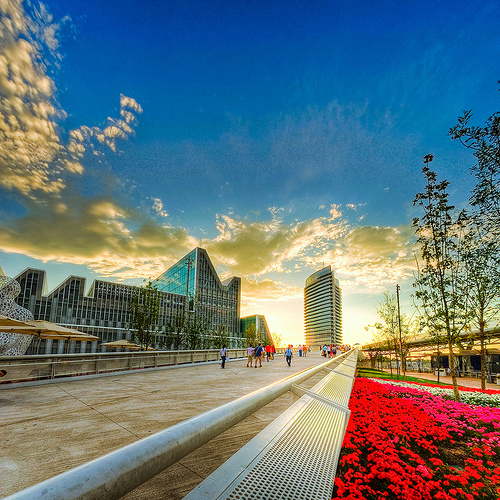 Most composers, musicians and engineers are familiar with the concept of ear fatigue. In the context of composing or scoring for visual media, it is very beneficial to get some distance between you and the scene you're working on. This can be especially challenging when working against tight deadlines, but even an hour away from a particular piece can give you a fresh look at your work.

It has been nearly a week since I completed the first draft of the score for this scene and in watching it, I took down some notes pertaining to the score. The following are some things that I notice right away:

The practice of getting perspective, for me, is akin to the shaking of my mental 'Etch-A-Sketch'. When I come back to the piece with a clear mind and fresh ears, I inevitably begin to craft to a list of things I'd like to change - and this list leads to the next step in the process.

Step 2: The Art of Subtraction 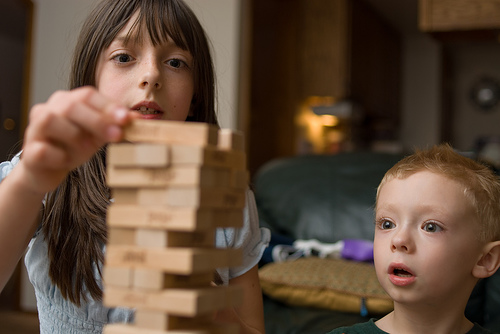 There are a wide range of philosophies around the art of composing, performing or engineering. More = better. Less = better. Somewhere in between? My philosophy is that I must strike a balance, but I can't begin subtracting until I've added everything that I can possibly add. I cannot know if a particular instrument or phrase belongs if I don't record it in the first place. In this way, the dance of addition and subtraction becomes an art — even a playful game.

As evidenced by my notes, my first draft contains a number of items that, with distance, I no longer feel belong. In Part 3 I 'maximized' the composition, now the art of subtraction is invoked, and I begin to intentionally 'poke holes' into the piece - to remove, brick by brick, elements from the composition that aren't vital to its purpose.

With this in mind, I've acted on each of the notes mentioned above. In the process of subtraction, you may find that an element you thought was expendable actually is integral. So changing a line, an instrument, or removing a part may only be temporary — you may end up putting it back the way it was originally. Trust your instincts! 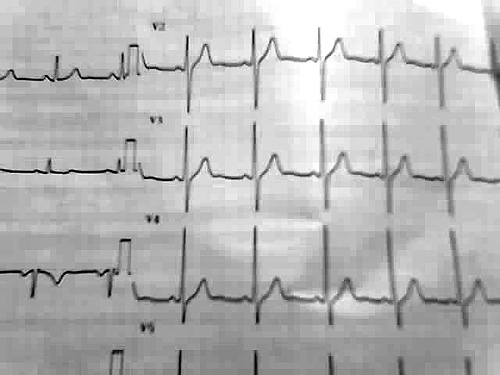 As you're listening back to your cue, you may find that you want a bit more subtle control over pacing and tempo in a particular moment. You're in luck! Most DAW's allow you to set tempo changes throughout a given piece. For this step, I'm going to use Logic Pro's 'Tempo' track functionality.

Logic also allows you to smooth the curve between tempo changes by click-dragging on the tempo node. I've made several changes to tempo throughout the cue, resulting in a piece that keeps slightly better pace with the visuals.

The time has come to call this cue 'complete'. I could easily spend another week tuning, rewriting, rearranging, and remixing. But the fact is that the score does what I intended it to do here, and my (virtual) deadline has arrived. It is time to move on, to begin the process anew.

I've made some subtle changes to EQ and the overall mix, applied some simple mastering in the form of compression and limiting, and bounced the final cut. Here's my final:

I hope you've enjoyed this series as much as I have enjoyed writing it. I find that each new tutorial is a learning process for me, as well as an opportunity to share ideas and techniques. Please let us know in the comments if you've enjoyed the series, and what you'd like to see in the future. Until next time — keep listening!