Joel Falconer Jul 21, 2008
Read Time: 6 mins
EquipmentDynamic MicrophonesCondenser MicrophonesRecordingMicrophones
This post is part of a series called How to Choose and Use Microphones.
11 of the Best Studio Microphones Ever + How and When to Use Them

Making music is perhaps one of the most expensive hobbies in the world—that is, aside from tasting truffles. When you’re looking to set up a decent home studio, it’s hard to find a way to stay within budget without ending up with a terrible sound. Here are ten options to minimize expenditure while still getting a decent sound out of your system at the end of the day, by buying smart when it comes to one of the most important types of studio equipment: microphones.

You may also want to check out some of these popular audio tracks from AudioJungle for use in your projects.

For about $100 give or take, you can pick up a Shure SM57 Microphone

(you can double that price for the popular two-packs, or the SM57/58 combo packs). Though I have no real evidence, I’ve heard reputable producers say that Lenny Kravitz uses the 57 on everything, from drums to guitars to voice. This is also the go-to microphone for distorted guitars, no matter what your budget is. 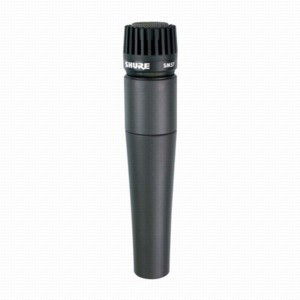 is a dynamic mic that can also be had for about $100, and cuts the budget nicely because you can use this baby live and in the studio. While there are better microphones out there for studio recording, this’ll give you a decent vocal sound on a small budget with nice boosts in all the right places. It’s also good for distorted guitars (though the 57 is usually the best choice here).

Many heavier artists use the 58 for their vocals even when they’re in expensive studios because of the amount of screaming it can take without distorting. If you’ve got a singer who is only comfortable singing with the microphone in hand, not on a stand, this is also a good choice. I’ve had good experiences using the SM58

on backing vocals, even when I’ve got a U87 or Rode Classic on the lead.

Prices for this baby swing anywhere between $100 and $200. If you’re buying an SM58 because it’s a cheap vocal mic, as opposed to a cheap multi-purpose mic, and you’ve got an extra hundred in your budget, you may want to consider the Shure Beta 58A

instead. It’s considered by many to be far superior to the SM58 for vocal applications, though I haven’t heard much good news for the Beta on other instruments (if you have, let us know in the comments—I haven’t tried it on anything but vocals).

can be had for about $200—sometimes it’s closer to $300, but if you shop around and resist the impulse to buy immediately, you’ll find a good deal.

This microphone is great for acoustic guitars (especially in conjunction with an SM57 on the hole), percussion and drums—particularly those with a lot of high end, since these don’t catch as much bass. It’s also a pretty good choice for vocals, unless you’re recording a bass or baritone singer.

If you want to use the same vocal mic as Chad Krueger used on Nickelback’s Long Road, this is the one. You can find the Rode NTK

for about $500, which seems a bit steep for this list, but investing in a good condenser is smart. And $500 is cheap—as everyone said when Long Road came out, “all you used was a freakin’ NTK?” But the NTK was used because Chad has a loud voice and this mic can take a beating of decibels without distorting, so it’s a good choice if you want something cheap, durable but clear and high-quality. 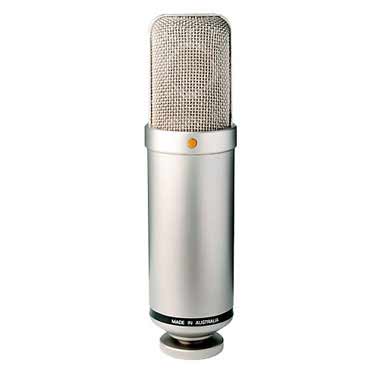 I’m almost embarrassed to say it, but if the NTK is too expensive for you, the Behringer C-1

is a decent replacement and has served me well in the past. It’s around $100. It won’t get you anywhere near the tone and quality of the NTK, but for home recording it does the job and it does it fairly well. It’s fair to say that most home recorders won’t have their rooms acoustically treated, so you won’t be able to pick up as much of a difference between this mic and the next (the room is the most important bit of studio equipment you can invest in, by the way).

This large capsule condenser is about $130 and does a good job for the price—it’s probably a fair bit better than the Behringer C1. I don’t actually own one so I haven’t been able to test it rigorously, but enough trusted producers tell me it’s got great bang for buck that I need to list it here. I spent a few hours with it during one project and the Nova shouldn’t be missing from any list the C1 is on. 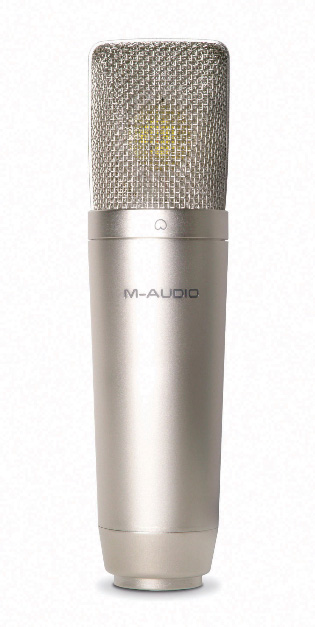 can be had from anywhere between $100 and $150. It’s an excellent microphone specifically designed so that home users and project studios can get the most from their money, and can record everything from vocals to acoustic instruments to strings and drum overheads (and it has been engineered to be light enough to use it in this manner).

Another offering from one of the most well-known microphone manufacturers in the world, the Shure KSM27 Microphone

can be had for about $300 to $400. It’s well worth it for this cardioid condenser that has been designed with the budget musician in mind: sensitive enough for the studio, but tough enough to withstand a go at your next show. It’ll do everything from vocals to acoustic instruments. 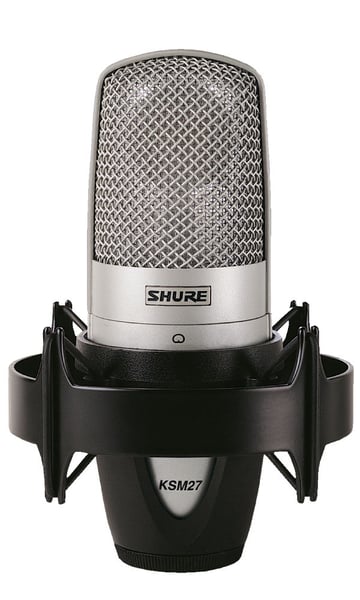 It might not be fair to include the Rode Classic II

on this list, because it does have a steeper price tag, but if you’re looking for quality over quantity this is a good choice. While many places sell this mic for $1,800 to $2,000, I’ve seen it going for about $800-900, so again, shop around and find a good deal.

I’ve used this for rock vocals and on distorted guitars, but even artists like Snoop Dogg have used and loved this microphone. You can use it on acoustic instruments of all sorts and even drum overheads (though you better have a sturdy stand—this thing is solid!). One of the best mics for its price, in my opinion, and well worth every penny of your budget. 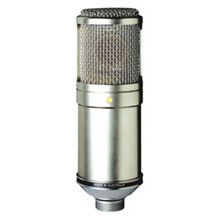 If you are setting up a home studio, don’t even bother buying a microphone unless you’re going to be buying a pop filter too. Unless all your music is totally instrumental, that is. Good pop filters can be found from $10 all the way on up to $50, but you can also make your own.