You can have a beautiful progression, an all-star vocalist, catchy melodies, but if the track doesn’t have an impactful drop or chorus then it stands very little chance in becoming a successful song.

The main attraction needs to be as impactful as possible and really drive home the theme of the song.

While there are many genre-specific factors that contribute to the overall success of the drop, there are plenty of little techniques that can be applied to drops of all genres at any stage of the production process.

Here are my ten tips for more powerful drops.

For any track to be successful on the dance floor you need to have a sub bass that cleanly cuts through the mix.

What many producers fail to see is that it not only needs to cleanly cut through the mix but it also needs to provide rhythmic and tonal interest.

Having sharply pitched notes going up or down on every down beat, at the end of four or eight bar phrases or when transitioning between notes, works well here.

This sharp pitching adds a lot of movement and power as the entire sub low end of the track feels like it is sliding up and down.

Having a sub note that holds for a bar, switches to another note and then holds for another bar will make the drop sound flat.

Don’t be afraid to mix up the rhythm of the sub by chopping it up to play along rhythmically with one of your leads or percussive elements. Changing the rhythm will give the listener a sense of movement and progression and make the sub note appear more powerful.

My suggestion would be to solo either the lead or percussion and beginning chopping up your sub notes so you can find the best way for them to interplay with each other.

It is important to note here that a sub note at some point or another should be held for at least one beat as this allows the sub to fully ring out. Having only small chopped sub notes won’t provide you with enough low end weight.

Everybody knows by now that you need to layer sounds in order to achieve a timbral exciting and full sound. Many, however, get caught up in the layering process and forget that there needs to be one main sound in the drop.

Now this does not mean that you shouldn’t layer anything. It means that you need to have one sound that is the focus of the mix so the listener doesn’t get confused and can understand the theme and vibe of the song.

The other layers and sounds should play more of a supporting and frequency filling role rather than a track defining role.

Next time you're building the drop, ensure that you can hear one main sound more prominently than the others. This may only take some volume and EQ tweaks. The saying less is more definitely applies here.

When layering, I'd usually duplicate the midi and change the patch or synth.

This is common practice when trying to achieve a more powerful sound. There is, however, an even more effective approach called Dynamic Layering.

Dynamic Layering is the layering of sounds on certain sections or particular notes of the drop. Instead of having all the layers playing at once, the different layers will come in and out of the arrangement to create a more dynamic drop.

The absence of the layer creates more anticipation for when it comes back in and gives the drop more movement and the feeling of a more powerful drop.

A good place to start layering is to bring in a new layer every four bars for the main bass or lead.

The dynamic layering will really be track dependent here as certain notes in the track might benefit from more frequent layering than just at the end of the four bars or might not work at the end of four bars.

The goal here is to create a sense of movement and tonal interest as the two components add to the overall power of your drop.

Elements in a track need to work together in order to effectively deliver the overall theme of the track.

This is especially important when you are deciding how to program the sounds around the main lead or bass sound.

One element that especially needs to work with the main sound is the percussion. Having these two elements effectively interplay with each other makes much more of a difference to the impact of the main sound than you think.

Solo the main lead or bass sound and program in your percussion so the hits highlight the same story that the main sound is telling.

Another key component to creating a larger than life drop is to add in elements that contain different frequency content and depth in the mix.

If all the sounds in the mix have around the same timbre, are in the same space in the mix and have the same energy, then the track is going to sound one dimensional.

Create three main elements, for the drop, that have contrast.

The first sound should be the main sound, whether that be a lead or a bass sound. The second element should be a delayed out or reverberated sound and the third should be one that contrasts with the main sound frequency content wise.

It’s not only the notes that are played but also the space between them that creates tension and the appearance of a larger than life drop.

Having too many sounds playing full-on throughout a song leaves the listeners with no variation and gets their ears accustomed to a full sound.

Remember that one key to having a powerful drop is to have the full sound broken up at times in the section.

Start with deleting all of the instruments on the last two beats of every fourth bar. Then play around with the different elements in the song one-by-one in this small little gap.

Discover which sound—or sounds—work best to give the listener a small, but interesting break in the action and create suspense for what comes next.

This is important because the listener needs some sort of repeated rhythmic hook to allow them to digest what you're trying to say through the main sound.

Ensure that the main sound in the drop has a repeated rhythm. The frequency and number of repeated rhythms will be track dependent. There is no one size fits all here, but as long as you can get the listener to hear and feel some sort of familiarity in your rhythm, you'll make the drop more powerful.

A good starting point for symmetry would be to have a repeated rhythm every bar or half a bar. The symmetry can be as simple as having the first two notes of the bar or half bar be the same rhythm.

By now, many will be familiar with or have at least heard about mid side EQing—the EQing of the mid and side channels separately.

This allows you to tonal effect the different parts of the stereo field giving you a greater control over the dimension of a track. Use this stereo image splitting to good effect and make the drops appear bigger than they actually are.

Take a mid side EQ of your choice (my favorite is Fab Filters Pro Q2) and put it on the master channel.

During the buildup, automate a high shelf EQ down -2 dB gradually. Right before the drop section kicks in, draw in a quick automation on the high shelf to around +0.9 db.

Doing this gives the appearance of a wider sounding drop because you remove higher frequencies in the side channel and then boost them in the next section.

Like the previous tip, you can use same technique but pull out a little bit of the entire side channel as well. This combined with the high-shelfing of the side high frequencies will prime listeners' ears for the drop.

Use a utility plugin or Voxengo’s free mid/side Encoder and gradually pull down the width or side gain on the plugin throughout the buildup of the song.

Right before the drop hits, boost up this width or side gain to around 108% or .02 dB depending on what type of plugin you're using.

More often than not, the drop isn’t the section that needs tweaking to make it sound bigger.  The build up plays an important role in how the listener perceives the drop.

If the build up lacks the proper tension and suspense, the drop will seem weak; if the build up is too full sounding, it will also sound weak.

Builds are all about chaotic suspense and tension. What better way to create this than with a couple of fundamental effects either on your individual channels, group channels, or master channel.  You can use this handy little plugin if you are using ableton. Wash Out FX

Take Out the Low End in the Build Up

Having low end in your build up gets the listener used to this frequency content and leaves no impact on them when the next section hits, so removing all your low end here primes them for the drop.

While having a snare roll works well, having supporting percussion playing their own separate build pattern or the same pattern of your snare works wonders for building tension

Automation on an auto panning plugin for certain elements of your build to add even more chaos to the mix.

Adding power to the drop is not always about how fat the sounds are but how they move in and out of the drop, how they play off one another and how you create the anticipation in the buildup.

Understanding these dynamics and using the ten tips, in this tutorial, will give you the necessary skills to create a drop that leaves a lasting impact on the listener. 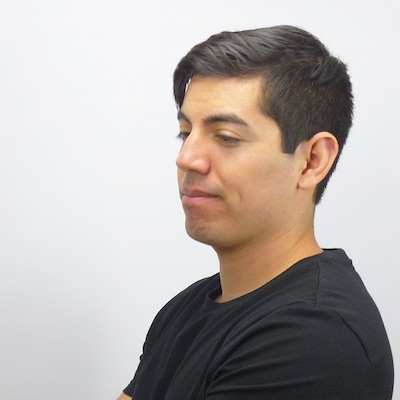