Stephen Schappler Aug 15, 2008
Read Time: 6 mins
MicrophonesEquipmentDynamic MicrophonesCondenser MicrophonesRecording
This post is part of a series called How to Choose and Use Microphones.
10 Best Affordable Microphones for the Home Studio
The Beginner’s Guide to Microphones

Finally, your project has the budget for a nice studio with a good microphone closet. When you get there, you want to make sure you are acquainted with common studio microphones so you make wise and informed miking decisions when it's time to record.

Here is a casual rather than technical walkthrough of some microphones you are likely to encounter in any professional recording studio, and how to get the most out of them when the time comes. Plus: prepare for some eye-candy!

Note: if you like this tut, make sure to check out our guide to the 10 best affordable microphones for home recording! 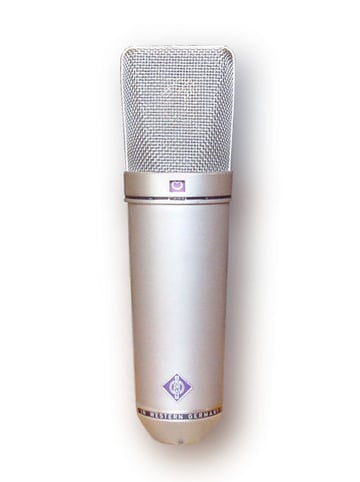 This microphone is THE modern vocal mic. For many studios and engineers the U87 is the default microphone for voice over and vocals because it delivers a bright, punchy, and modern sound. But vocals are not all this microphone can do. Try it out on other acoustic sources such as upright bass, acoustic guitar, or as room mics. Its switchable polar patterns (cardiod, figure of eight, and omni) increase the mic’s versatility. Be warned though, the U87 has a fairly high output voltage, so use the microphone’s pad for loud sources. 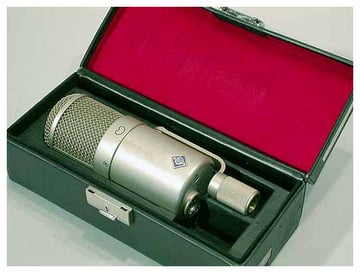 This vintage microphone comes in two types: a tube circuit design and the more modern FET design. Both versions are excellent mics. The great thing about the U47 is that it sounds good on almost anything. Its sound is commonly described as warm, full, and round.

This microphone has been released and re-released over the years because it is such a great workhorse. It has four switchable polar patterns (cardiod, hypercardiod, figure of eight, and omni), a 0-10-20db selectable pad, and a 0-75-150Hz low end rolloff filter.

The 414 sounds good on almost everything, but in my opinion it sounds great on only a few things. While some vocals and voice-overs sound fantastic on a 414, keep in mind that every person’s voice is different. So, if your standby vocal mic just isn’t working, don’t be afraid to try another. The 414's are great on toms, but watch out. Don’t let your drummer whack them and dent the screens!

The Royer R121 is a warm ribbon mic that sounds great on a lot of instruments. It is a figure of eight polar pattern, where the rear lobe is actually brighter than the front lobe. So, if you want a brighter sound, turn this baby around. The R121 is also designed to take high SPL levels so don’t be afraid to put this thing in front of a guitar amp.

The Coles 4038 is another great ribbon microphone. The classic adjective for this mic is "smooth". Be warned though, if you are using these mics as drum overheads, don’t expect a bright, poppy, shiny cymbal sound. These mics are a little dark.

This mic started out as a broadcast standard but it has so many great applications other than voice. Proximity effect is no problem with this mic because of its design, which makes it great for novice singers, though it is a dynamic microphone and is not as bright as something like the U87.

The RE20 has a cardiod polar pattern and has excellent rejection. This makes it an ideal choice when you don’t have the luxury of iso-booths or good baffles. Try it on upright bass for woody, clear sound or on a bass drum.

The Shure SM57 is a good, cheap mic that all studios will have. Snare drum and Electric Guitar amps are this mic's forte. Be sure to check out the condition and age of the 57 though. The more worn this mic is, the less responsive the diaphragm becomes, and I have found that older 57s tend to have less high-end frequency response than newer ones.

Most studios will have this combination of Schoeps body and capsule. Schoeps microphones are heavily used in classical recording because they have a very flat frequency response and are very transparent.

It will sound great on string instruments (violin, viola, and cello) and can be used for near or distant miking. Also, try it on piano for a big, clear sound. This mic really shines on-axis. Miking anything with this mic off axis will always sound less than stellar.

The Neumann 140 is a great small diaphragm condenser microphone. It is made up of the Neumann KM100 body and the 40 cardiod capsule. These microphones have similar applications to the above mentioned Schoeps, but tend to be brighter because they have less low-frequency response and slight frequency bumps between 2-5kHz and 10khz. Put a stereo pair on piano for a big modern pop sound, or use them on solo strings (violin, viola, cello). 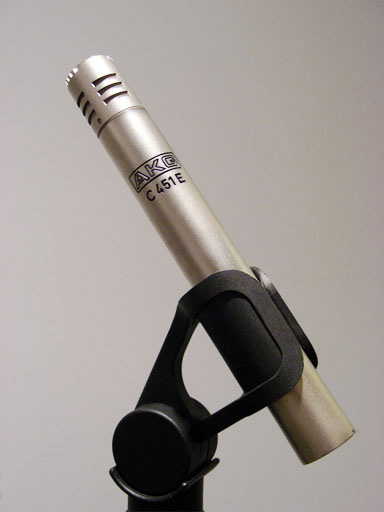 This is another small diaphragm condenser that most studios have. I tend to think of this microphone and the Neumann KM84 as brothers. This bright little microphone is great as a spot mic. It can be used on acoustic guitar, piano, cymbals, percussion, and drum overheads. The newer version of this microphone is the 451B, which AKG claims to be acoustically identical to the 451E, but I just don’t hear it. If you have the choice, use the older 451E.

This microphone is close the AKG451E, but it's darker. Use it on the same things you would the 451, including acoustic guitar, cymbals, percussion, and piano. This mic really shines on strings as well. Like the 451, many studios have a newer version, in this case the KM184. The KM184 is a newer design with lower self noise (the KM84 is a little noisy), and it can be brighter in a bad way. If you have the choice, go with the KM84. And if you want a brighter sound, stick with the AKG 451E.

Recording great audio is one thing, but often you'll also need extra resources to complete your project. Over on Envato Market, you can find everything from music files to sound effects to logos and idents.

Stephen Schappler
Stephen Schappler is an audio engineer in New York City, who works at Dubway Studios. Check out his website for more information.
Looking for something to help kick start your next project?
Envato Market has a range of items for sale to help get you started.