Although compressors are probably the most important element in the mixing toolbox (after equalizers), a lot of ambiguity and confusion surround them as their parameters and how they effect incoming audio are more subtle. In this segment of our ongoing series, we will try to clear up some of the mysteries surrounding compression by looking at different types of compressors, a few compression techniques, and how to implement those techniques in our project.

Compression is basically the lowering of high amplitude signals of an incoming audio source to 'compress' the range between the high and low amplitudes of the signal. This is often done in mixing to catch attack transients on instruments such as drums and bass to even out the level of the entire instrument to ensure that it can be heard in its entirety at a fairly consistent level. (This differs from compression in mastering which is largely used to even out the level of an entire song, which we will not get into here.)

To illustrate this, imagine a single acoustic bass note which has a high amplitude attack phase and a low amplitude release phase. Placing a compressor on this signal will decrease the initial attack amplitude, thereby making the amplitude of the entire note event more consistent. In this way, the entire signal can then be raised in amplitude to increase the loudness of the overall signal.

This is the standard Logic compressor type (not a model) that is fairly straightforward and neutral. I usually use this for side-chaining (explained a bit later) as it is easy to set up and gives good pumping results without coloring the sound.

This circuit type is good for high amplitude transients as it responds quickly and can handle a high amount of level. VCA compressors are one the most flexible compression types as they can be extremely transparent. A famous example of a VCA would be the dbx 160S.

The FET circuit type has a very fast attack and release and can not handle a high amount of level. It is similar to the variable-µ compressor, but with coloring characteristics more akin to saturation than tube warmth. This type is the go-to in many studios for drums and vocals. A good example of this is the UREI 1176. 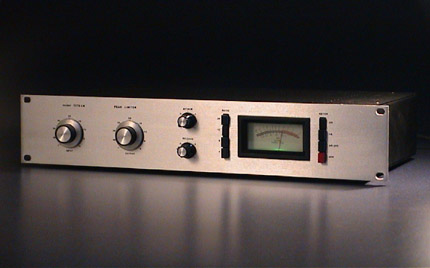 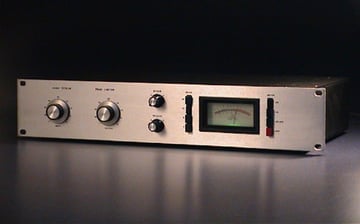 Optical Isolator compressors are interesting in that they use a light source to control amplitude. As the input amplitude increases, the internal light source increases in brightness, shines on a photoconductive cell which in turn decreases the output. These compressors are good for bass guitar, vocals, master or whatever else you want to be fattened up. A good classic example of this is the Teletronix LA2A.

Although much has been written on the subject, here is a brief rundown of a good way to set the compressor's settings:

Once you are comfortable using the compressor, we can start to have a bit of fun with it outside of its normal usage. Here are a few techniques to try out.

This is a commonly used trick for kick drum and bass to keep the low end sounding clear, but can be used creatively for just about anything. Basically, what is going on here is the amplitude of one signal is going to dictate how the compressor responds to a second signal. To do this you simply need to go to the side chain menu of the compressor (if available) and select the input you want to be used to dictate the compressor's response.

A general go-to (and one that I am employing in this project) is to put a compressor on the bass and have the kick used as a side chain. With this routing, the bass will be compressed every time the kick hits, thereby reducing the level of the bass during the kick hit and allowing the kick to punch through.

This is another commonly used trick when just one compressor won't do the trick, or when using side chain compression and the signal needs to be compressed even when the side chain is not active (e.g. in bass tracks to control the attack transients). For this, you simply need to place a compressor so that it follows a first compressor in the signal path. This method is always preferable to compressing a signal with a high gain ratio once as it alleviates the stress put on a single compressor. A good rule of thumb is to compress often and with a low ratio rather than infrequently and with a high ratio.

Parallel compression is a very popular technique in which the mixing engineer takes a signal (a kick drum for example) and sends it to two different channels, one of which has heavy compression on it and the other is dry. The two signals are then recombined and mixed to create a kick with the in-your-face punch of the heavily compressed signal while retaining the dynamic information of the dry signal.

Here is an A/V rundown of how I implemented a few of the above ideas in our project. It's by no means perfect, but it is definitely making things sound much better than where they were.

In the next tut, we'll start to look at some creative effects and routing ideas to help shape this track into something that is uniquely our own. See you then.