4 Things You Can't Afford to Stop Doing While Compressing

by Björgvin BenediktssonNov 10, 2011
Read Time:5 minsLanguages:
Mixing & Mastering
This post is part of a series called Creative Session: All About Compression.
Encyclopedia of Home Recording: Compression

Compression is a complicated subject. But if you follow a few simple things, you can easily work any compressor and make every signal sound better. The trick to great compression is making use of every parameter, critically listening to what you're doing, not over-compensating the gain and go back and forth between signals to compare. If you're not making the signal better, why bother compressing in the first place?

Starting with a preset is perfectly fine, but listen to what it's doing to your signal. Don't just select a preset and be done with it. Tweak it until it sounds better.

These compression models sound different even though they can be used on the same instruments. Maybe one model works better than the other. Maybe all you need to do is change the compressor type from VCA to Opto to get a thicker sound.

Don't compress blindly. Use all the parameters of the compressor, and listen to what they do. It's good to use visual aids every once in a while, especially for watching gain reduction, but in the end you should trust your ears.

As you compress, you reduce the volume of the signal.

Whether you're compressing 1 dB or 20, the makeup gain is there for you to use. Sometimes a compressed signal sounds weaker than before simply because it's lower in volume.

If you compress much, boost the makeup gain in equal amounts so that you can hear what your compressor is actually doing. In contrast, make sure that you aren't just making the signal louder without compressing by having the gain on too high.

Our ears can fool us to think that anything louder sounds better. Just try it yourself. Insert a compressor on the same track, with both not doing anything except one of them has 4 dB of extra gain on it. I promise you that all other things being equal, the louder signal will trick you into thinking it sounds better.

Use the gain compensation to compensate for gain lost when compressing. If you're compressing an average of -6 dB you can up the gain accordingly. But if you're only compressing -1 dB and your compressor has additional gain on it, it can become very misleading. So make sure you are compensating the compressed signal with additional volume, and not increasing the gain needlessly.

Ask yourself every time you're tweaking the compressor: “Are you actually making it sound better?” If you're working with a compressor for long you'll forget how the signal sounded like before. Our ears get used to the signal we're hearing now and we have a hard time remembering what we started with.

That's why the bypass button is your friend. He tells you everything you need to know about how well the compressor is actually sounding.

Use the bypass button frequently to switch back and forth between the signals. If you can't remember if your compressor is making the signal sound better, then bypass it and take a listen for yourself. Flipping it back every time you've modified a parameter makes you hear what you're actually doing. You can take a step back and critically listen to see if you're actually making anything sound better.

Some compressors also have “Compare” buttons that allow you to test out different settings in quick succession. If you have two different compression settings it will take a while to switch between them manually, rendering it useless because your ears can't remember how the last setting sounding. But with a “Compare” button it's as easy as flipping a switch. 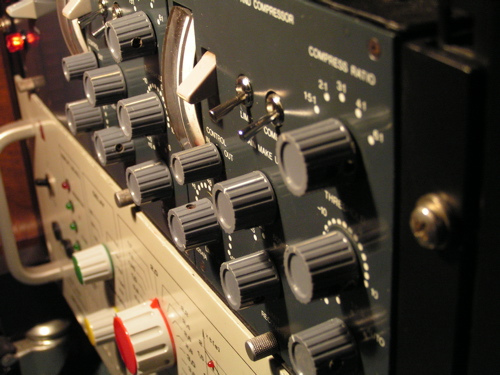 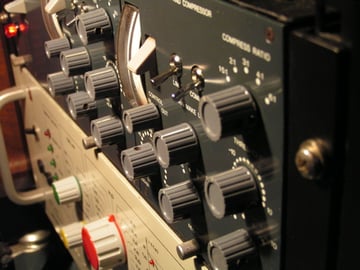 Compressing “correctly” is a myth. Nobody does it the same way. All anybody can ever give you are guidelines that they swear by. These are just a few ones that can work well, and can give you a better idea of what you're trying to accomplish when you're compressing.

Working with all the parameters of the signal, making sure you're actually making it sound better by listening and comparing and using correct gain compensation are the building blocks of good compression. Don't just use compression just to have it on there. Make sure it has a purpose.