I’ve not always been a fan of ‘magic’ audio enhancement solutions. In the wrong hands they can actually do more harm than good. However this doesn’t stop my students asking about them and wanting to know which plug-ins I would recommend!

So with this in mind here are five enhancers I would suggest using in your mixes. I’ve tried to split them into categories and although some of these are not strictly enhancers they should give you some great results.

OK, so M/S processing is not truly enhancement. In fact it’s a serious recording and mastering tool, but it can certainly be used to boost the presence and width of our audio. If you are completely in the dark to what M/S processing is check out this tutorial: How to Use M/S Processing in Mastering.

One of Brainworx excellent M/S plug-ins.

By taking a plug-in capable of encoding and decoding Mid/Side signals we can essentially alter the mono information independently of the stereo. This allows us to boost the stereo width of our audio, enhance just the mono elements or equalise each section without effecting the other. 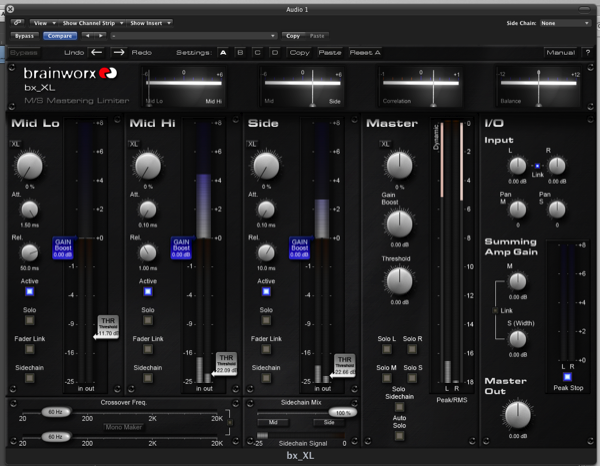 An M/S based Limiter.

This freedom means that you can use M/S capable plug-ins as enhancers. I favour anything by Brainworx as these guys are simply the best at producing plug-ins in this field. I often load up one of their plugs when a sound needs a boost. The beauty of this sort of processing is that it’s very transparent and unlike some enhancers shouldn't colour your sound too much.

Next up we have a firm favourite of the rookie producer ;) - The Maximiser. In most cases a Maximiser is simply a brick-wall limiter with a nice interface slapped onto it but occasionally you will find a plugin that goes the extra mile.

Most brick-wall limiters induce ear bleedingly high volume levels by drastically reducing the dynamic range of a sound. This is hardly enhancement in anyone's book, but some seem to think it is! There are some plug-ins however that claim to be able to boost volume levels and generally enhance a signal without reducing dynamic range. A bold claim.

There are a few plug-ins like this out there but one of them is the Sonnox (Sony Oxford) Inflator. This clever little box of tricks looks pretty much like a limiter and allows the user to dial in as much or as little of the inflation effect as they like. 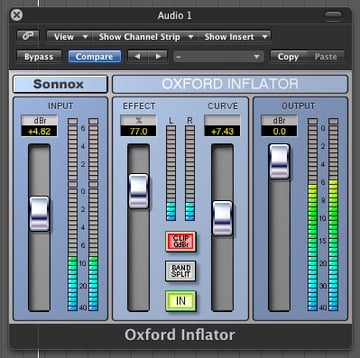 It does work very well and tends to be able to make sounds appear ‘larger’ and ‘fatter’ in the mix without hitting the dynamic range too heavily. Saying that there is an effect on the dynamic range but not what you would expect to see in a traditional limiter.

There is no denying that a wide stereo signal can be very pleasing to the ear. Wide sound stages can add a real wow factor to your mixes and masters but push things too far and you can destroy all the great work that's gone into your mix. So if you go ahead with these processors tread carefully. ;)

In the mix I like to keep things super simple when it comes to stereo enhancement. I like to use any plug-in that allows you to delay one side of a stereo signal very slightly. Most DAWs have one of these and the great thing about them is that they are very good at retaining mono compatibility.

If you’re after something a bit more intense then you’ll need a dedicated stereo enhancer. Most DAWs now ship with stereo enhancers as standard so you should be spout for choice but if you are looking for a third party product both Waves and PSP both produce excellent plug-ins in this department. For mastering purposes you couldn't go far wrong with the stereo expander built in Izotope’s Ozone package. 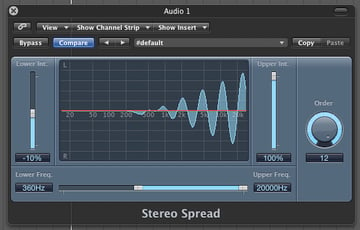 Psycho-Acoustic processors have the uncanny ability of enhancing a certain frequency range of a sound without overloading speakers or creating over hyped, fizzy sounds. This is down to some very clever algorithms and number crunching but all we really need to know is that these clever processors can literally transform our audio.

Once great example of a company who has made their name with this sort of processing is BBE. BBE have been making the Sonic Maximiser series in hardware form for some time but have recently transformed their devices into plug-ins. 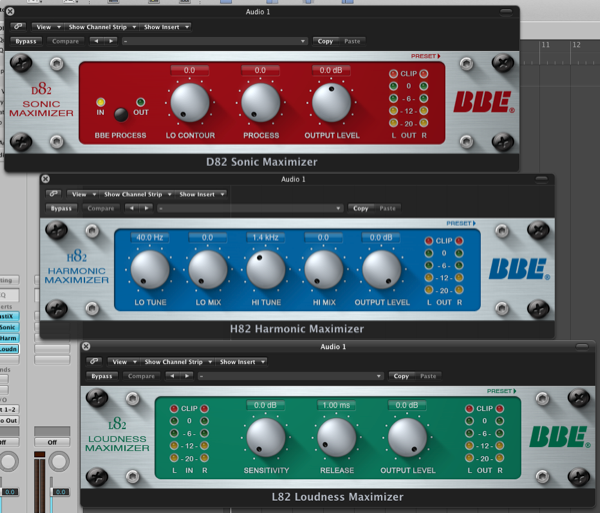 The BBE Sonic Sweet is a collection of three plug-ins geared towards breathing new life into dull audio. The three plug-ins concentrate on low frequencies, loudness and overall maximisation. If you want a great sounding set of psycho acoustic enhancers, look no further. 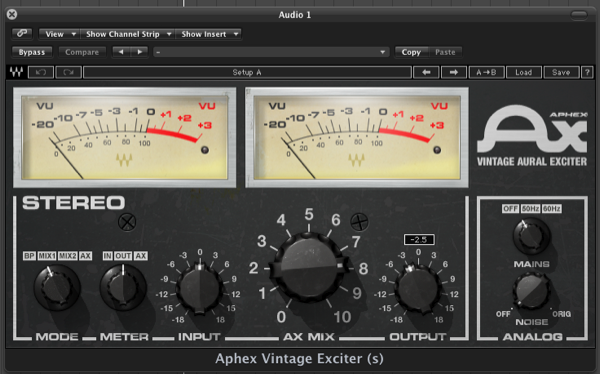 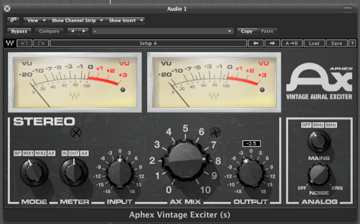 Some enhancement plug-ins simply defy categorisation. It’s these more gimmicky plug-ins that can often do the most damage to your mix. But now again something pops up that maybe a toy of sorts but can actually work in the mix.

One such plug-in I came across recently is DaDa Life’s ‘Sausage Fattener’. It sounds a bit crazy and it is. This plug-in was made by pro producers and is now used by a lot of electronic musicians. It’s a essentially a Maximiser and limiter with some extra enhancement going on but if you want a truly edgy, upfront sound this could work for you. 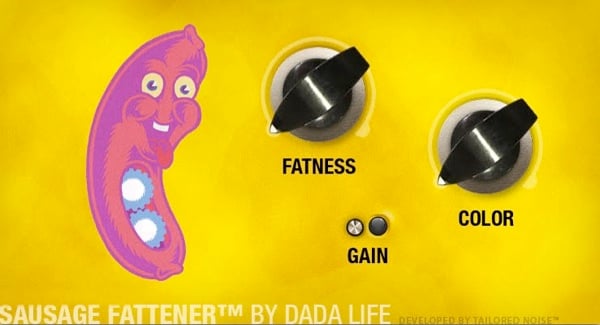 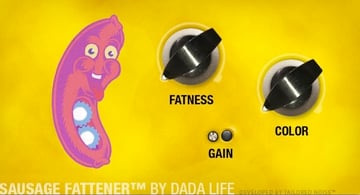 This is by no means a definitive list of enhancement tools, there are thousands out there. This is really just meant to introduce you to the world of audio enhancement so you can start experimenting for yourself. Let us know what you use and what your favourite enhancer is.