5 Of My Current Favourite iOS Apps

As you may have already realised I’m a pretty big fan of all things Apple. Not only do I utilise Apple computers in my production process but I also lean pretty heavily on IOS-based devices in the studio.

I thought you might be interested to read about a few of my current favourite applications for both iPhone and iPad. Admittedly some of these are just cool toys but there are a few in the list that I really couldn’t live without.

Although this list is in no particular order, TouchOSC has to be right up there with my favourite applications. For those of you who haven’t seen the application TouchOSC is probably one of the most innovative touchscreen-based controller systems on the market. 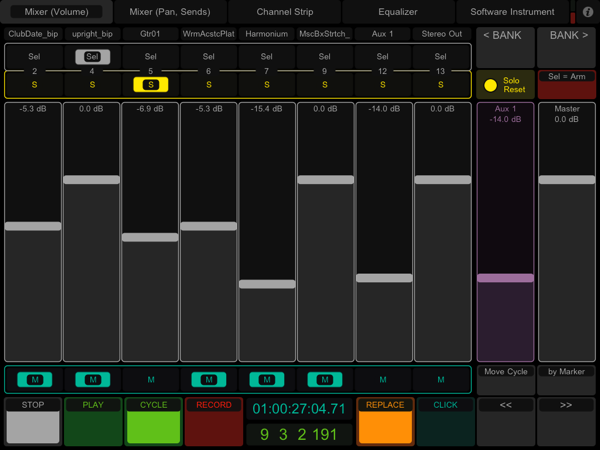 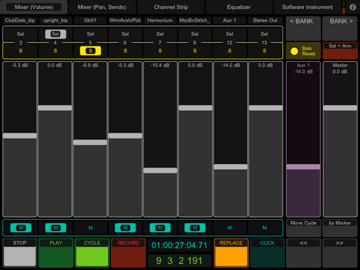 TouchOSC hooked up to Logic Pro 9.

What’s really surprising about this app is not the fact that it can adapt to just about any application, or even it’s super cool interface, the real revelation comes with its price. At £2.99 / $4.99 for either iPad or iPhone, it’s pretty much a no-brainer.

TouchOSC is capable of controlling a wide range of applications, and has the uncanny ability of replicating the feel of the hardware controller. In the past I have used Mackie and Euphonix control services and find that my TouchOSC equipped iPad is a worthy replacement.

This guy gives you a pretty good idea of what can be done with an iPad, TouchOSC and Logic.

This is also a pretty interesting tutorial about setting up TouchOSC.

In recent years Moog have become much more innovative when it comes to product design. We have seen them produce guitars, USB enabled synthesisers and some impressive stand-alone effects. With Animoog we see the company taking their first true step into the world of the mobile software synthesiser.

As I am writing this the Animoog is currently for sale at a staggering £.69 in the App Store. This is an incredibly good deal for a synthesiser of this quality but I do believe it is a limited offer, so I would check in at the App Store for more details.

One thing you should know about this instrument is that it’s not just any other iPad based synthesiser, it really does stand out from the crowd in terms of both interface design and quality of its sound output.

The interface surrounds a large X/Y pad, which also features some pretty impressive parameter-based animation and a responsive oscilloscope. Points can be plotted in this X/Y pad to animate your modulation sources which can be a number of different parameters within the synth’s engine.

The main interface and X/Y pad.

A quick browse through the pre-sets will confirm that this instrument is certainly no gimmick, in fact it’s as good as some high end soft synths I’ve used. I’ll actually be putting it to good use in my productions once I get my MIDI interface hooked up.

A guided tour of Animoog by Moog Music!

The Kaoss pad has been around in one form or another for some time now. During it’s lifetime the Kaoss touch based interface has gained an impressive fan base, so with that in mind this app should do pretty well.

Since installing the iKaossilator I have found it’s my go to app for messing around with sounds whilst on the go. I’m not suggesting for minute that you could construct a finished track on this but it’s certainly a lot of fun and you have to love that Kaoss pad vibe.

Although the iKaossilator lacks any real mixing you can actually have five parts playing at once and the included library of sounds is really pretty impressive. Some of the synth sounds are suitably fat and the beats are more than useable.

The various parts of the iKaossilator interface.

Even at it’s current discounted price of £6.99 it isn’t that cheap though and you may be put of by this if you are used to paying 69p for apps. Saying that you would expect to pay a lot more than this for any Kaoss pad hardware that does the same job so in that light it could be see as somewhat of a bargain.

Korg do a good job of demonstrating what the app is capable of.

Ok, so this one is only really relevant if you are a Spectrasonics Omnisphere user but if you are this is a must have! It’s actually a free app and allows a really great way to control Omnisphere with you iPad.

The centrepiece here is something called The Orb, which is a sort of X/Y control pad but with added inertia effects. This is really cool for creating brand new patches from existing sounds. 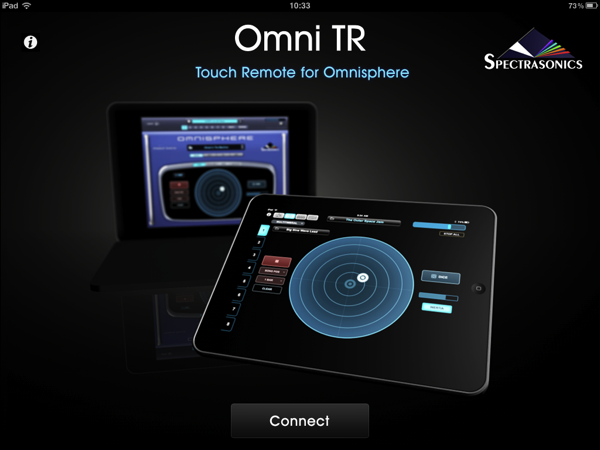 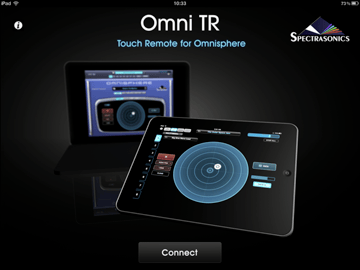 The Omni TR has some pretty cool control features, such as ‘The Orb’.

Other cool features are the part mixer, here you can alter levels, pans and effects sends for all the parts within one performance. You can even load and save pre-sets here. This is extremely useful for live situations, although saying that I have been using it in the studio. Very cool stuff.

If I was being very picky the only downfall of this app is that you can’t record your movements as automation. I found myself on several occasions going for the ‘write’ button in Logic to record my movements but unfortunately it didn’t pick anything up.

The man Eric Persing himself demonstrates the excellent Omni TR.

Another Korg app here (there was almost 3 with the iElectribe ;) and this time it’s something a little more comprehensive and advanced in nature. The iMS-20 emulates the famous MS-20 monophonic analog synth and then some.

The main synth interface in the iMS-20.

In reality this is a groove box and you are able to compose entire pieces of music using the internal step based sequencer, drum machine, synths and effects. Do be warned though, this beast is not as straight forward as some of the others here. So if you are looking for something a little more geeky then head for the iMS-20 and you should’t be disappointed.

The many other faces of the app.

Obviously there are loads of other cool apps out there and I’ve only covered a handful here. Feel free to let me know what your current favourite iOS based apps are and what you are using them for in the studio and on stage.