6 Stereo Miking Techniques You Can Use Today

Mark Garrison Apr 19, 2011
Read Time: 4 mins
Recording
This post is part of a series called How to Choose and Use Microphones.
Microphone Technique for Vocalists
Open Mic: Tell Us About Your Favorite Microphone

Stereo miking is a great way to increase the sense of depth in your recording of an instrument. Here are six stereo miking techniques you can try out today. We’ll start with the basics and then move to some more exciting options.

Before You Get Started

One thing to be careful of in stereo recording is phase cancellation. When using a spaced pair this can be a concern. Phase cancellation occurs when two versions of the same sound, which occur at slightly different times, are mixed together. The result is that when one signal is going into positive amplitude and the other is going into negative amplitude they will cancel each other out and when they are both going the same way they will boost each other.

The way to minimize your chance of running into phase problems is to use coincident pairs (where the two mics are very close together) or to use the 3:1 rule (place the mics 3 times as far from each other as they are from the sound source). 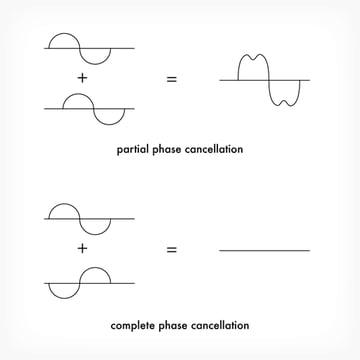 Spaced pair miking is exactly what the name implies. Two cardioid microphones are placed apart from each other to produce two different recordings of the same instrument. I suggest trying two places on the instrument that produce different tonalities. For example, on a guitar you may want to have one mic on the bridge and one on the nut. 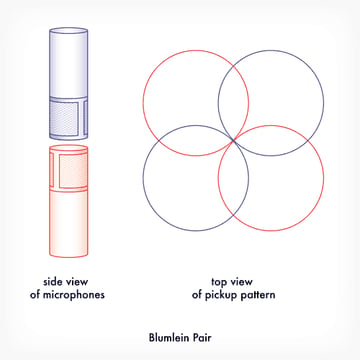 The ORTF technique is named after the French television and radio commission who invented it (Office de Radiodiffusion-Télévision Française). This is a binaural mic technique which means it is meant to approximate the response of your two ears. In the ORTF technique two cardioid mics are placed at an angle of 110 degrees with the heads 17cm (7”) apart. The beauty of this technique is that mic placement can be as simple as moving around the room until it sounds good and then placing the mics where your head was.

Note: This technique only works in stereo. If this is played back in mono the two bi-directional tracks will cancel each other out.

The Decca Tree is used mainly for recording orchestras and large ensembles. It was developed in the 1950s by engineers at Decca Records. The Decca Tree uses a special T-shaped mic stand suspended above the conductor’s head. On the T-shaped stand are 3 cardioid microphones facing left, right and centre which are then panned to match their configuration.

There are no fixed measurements for the distance between the microphones but the standard seems to be around 5-7 feet. The mics are usually placed closer together for smaller orchestras and further apart for larger ones.

Recording
Did you find this post useful?
Yes No
Would you like to provide feedback (optional)?
Cancel Submit
Want a weekly email summary?
Subscribe below and we’ll send you a weekly email summary of all new Music & Audio tutorials. Never miss out on learning about the next big thing.
Sign up

Mark Garrison
Mark Garrison is a recording engineer and multi-instrumentalist from British Columbia, Canada. For the past decade he has taught recording through classes, workshops, and writing. He focuses on teaching how to create better recordings through a greater understanding of the tools and techniques of the studio. He is also the author of The Encyclopedia of Home Recording.
Looking for something to help kick start your next project?
Envato Market has a range of items for sale to help get you started.