A Guide To Creating Screencasts with X-Split

Want to create video content for Tuts+? Or any other website for that matter? This quick tip should help get you started on your road to producing high-quality video tutorials to help educate the masses - using X-Split.

There are a huge variety of options available for capturing a screen cast, ranging from free software programs to dedicated hardware capture-cards. For this tutorial, I will be using X-Split, a pay-per-cycle program that has a bunch of features, and an easy-to-learn interface. It also offers a free (non-HD) trial, so get yourself affiliated!

Once installed, open up X-Split to be greeted to the main interface, this is where we will add video and audio inputs that act as layers which will then render out as a finalized video file in a format of your choosing. 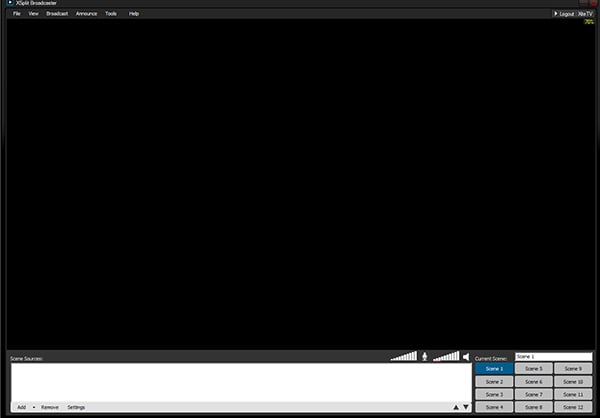 The interface of X-Split is quite intuitive, the workflow in a nutshell is:

This simplicity belies the programs power, however, as you will soon realize that you can record extremely high-quality video and audio sources of a very acceptable fidelity.

Unfortunately, there is no support for ASIO drivers at this point in time, so capturing audio from a complex source (such as an almost finished track) will require additional software to route the audio output into X-Split without the buffering errors (such as Virtual Audio Cable).

Anyway enough blabber, let's get started! To add a source, simply click the Add drop down (bottom left of the interface) and select a type. In this case I'll add a Screen Region to highlight a section of my Ableton Live track.

To resize the captured window in your X-Split output, simply drag the corners of the source file until it fits your selected resolution. (In my case, 1920x1080.)

Next, we'll set up our audio inputs. To do this, open up X-Split's general settings by selecting Tools > General Settings from the top menu.

To add a microphone input, head to General and select Microphone from the drop-down menu. The same applies for the output of your speakers, although X-Split automatically detects the audio device being used by Windows (includes audio-interfaces).

If your device isn't on the list (this may include microphones being routed through an audio-interface) then it probably isn't supported directly, and you'll need a routing program such as Virtual Audio Cable to route the audio into a source that X-Split can use. 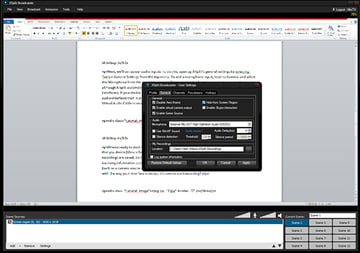 Almost ready to start recording! Before we begin, be sure to select the appropriate resolution that you desire (View > Resolution), you may also want to change the directory that your local recordings are saved, do this is General Settings.

Make sure your levels are set and everything is receiving information as it should be, should you also wish to add additional layers to your render (such as a camera source or custom images/logos), now is a good time to do it.

Once you are happy with the way your interface is set up, it's time to start recording!

To start a recording, select Broadcast > Local Recording from the top menu. The X-Split title bar will turn red to let you know that you're live and if everything is working properly you should be rendering your inputs into a consolidated file somewhere on your Hard Disk.

X-Split records in a high-quality .mp4 format that saves a lot of space on your HDD, other programs do not include such a feature (a well-known culprit is Fraps), and videos rendered in other formats can take upwards of 10GB for a decent-length video.

Once you're ready to finish recording, simply hit Local Recording from the Broadcast menu again and everything will return to normal. 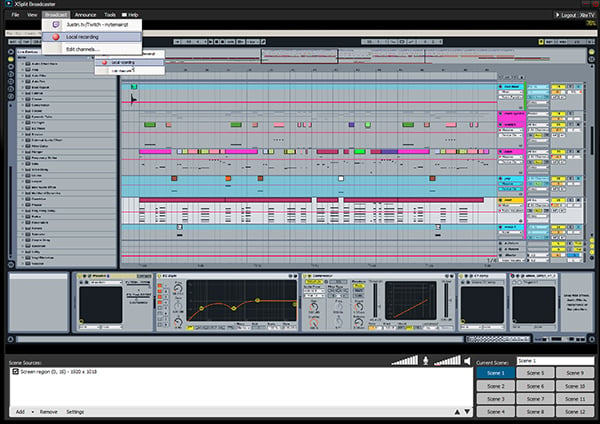 Once you've recorded your footage, you can upload it directly to Tuts+ or you can edit it further in a program such as Premiere Pro or Final Cut Pro. (That's a whole other bag of marbles!)

But the fun doesn't stop there! X-Split can also act as a Live-Stream uplink, giving you the ability to stream your content live to a website like Ustream for a wider audience, some (such as Deadmau5) have even made it a full-time gig, attracting thousands of fans from around the world to watch him in the studio.

Finally, X-Split has the ability to hot-swap between different 'scenes' in a live situation. This gives users the ability to change to different inputs, hide or show content, and even play other pre-rendered video sources (such as an intro video) with the push of a button (or mouse click, whatever).

To do this, simply select a blank scene (bottom right of the interface) and begin adding layers to it! 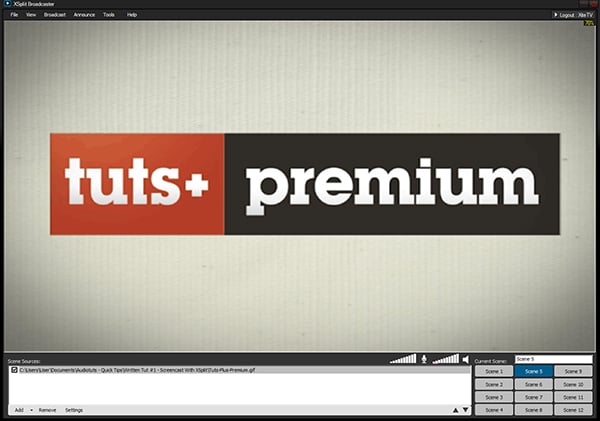 And that's it! Hopefully this quick tip has taught you the basics of screencasting, and gave you a basic understanding on the inner workings of how to use X-Split to record and live-stream.

Cody Jones
Hi guys! My name is Cody and I'm an EDM Producer and musician from the Gold Coast, Australia. I specialize in Electro, Dubstep and Drum n Bass, but I've also played guitar for 6 years and have collected a wide array of useful information about production and mixing, which I hope to share to all of you! Hit me up at xitednb@gmail.com or on my soundcloud www.soundcloud.com/xiteofficial.
Weekly email summary