A Guide to Ghost Snares in MIDI

Ghosted Snares are quite common in drumming, and although you can't quite hear them clearly in a complete mix, they add a lot to the feel of the song. Whether you're looking to add something extra to an already funky groove, or if you're building a pattern from scratch, this tutorial's got you covered.

Every few weeks, we revisit some of our reader's favorite posts from throughout the history of the site. This tutorial was first published in February of 2010.

First I want to begin with a working definition. For this tutorial, ghost snares will refer to quiet snare hits that are added for extra groove. Also note that this tutorial will apply to all DAWs with a MIDI editor.

First I'll start with a pattern that I played in on a keyboard and then adjusted. 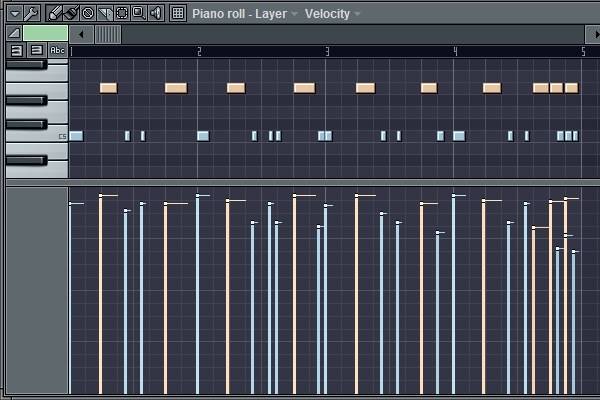 Although the pattern does have all the benefits of playing from a keyboard, which are varied velocities and imperfect timing, it could use some rolls to add more realism to it.

For this technique, you'll want to turn off your DAW's snapping feature, so that you can place notes anywhere. By adding a short, quieter snare just before some of the hard snares, it has a bit of a drumroll effect. Compare this audio to the previous audio, and you can see how adding barely audible snare hits in a grace note fashion can make a pattern sound more interesting. Note that I also adjusted the double kick that starts the second bar. 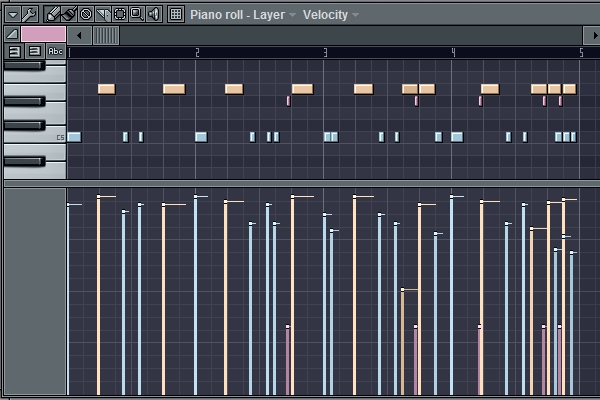 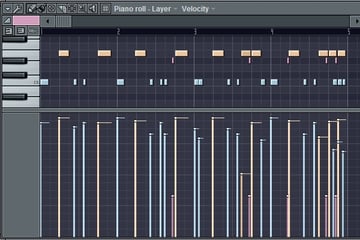 Next I'm going to use an example that I will create solely by painting in the drum hits individually. Here's a common pattern heard in Drum N Bass songs: 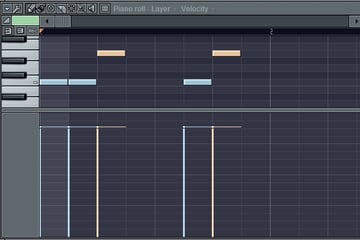 It's a good starting point, but rather uninteresting. Let's place some ghost notes in the piano roll that would be step 8 and 10 on a drum machine, as well as an even quieter ghost snare on step 16. 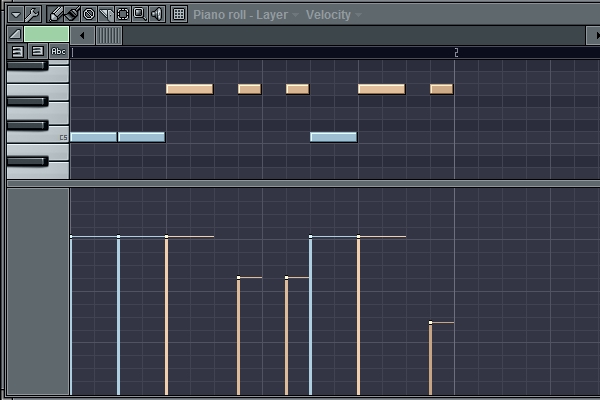 We can add more bounce to the pattern by adding a ghosted kick. We could add this just about anywhere in the pattern and it would work, but here's where I put mine. Having the ghost kick lead into the first ghost snare has a nice bounce to it. 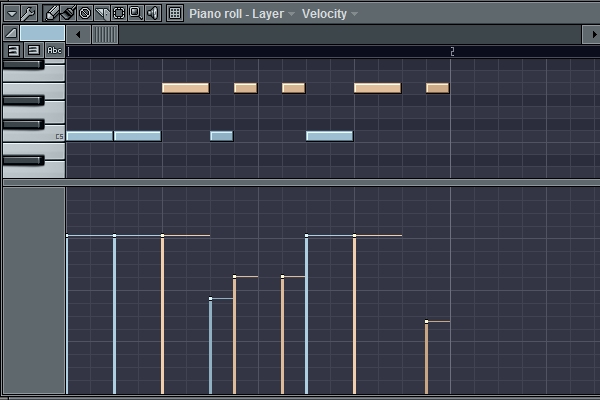 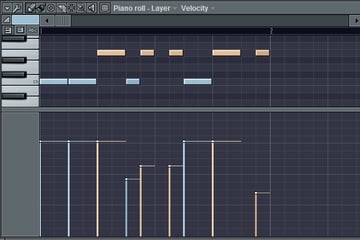 Making the ghost notes slightly different in each bar can turn a one-bar loop into a less-repetitive two-bar loop, while still retaining the overall feel. In this next example, the first bar and the second bar are the same, except in the second bar, I had the ghost kick switch places with the nearest ghost snare (see image). For more variety, I also moved the final ghost snare a half step. 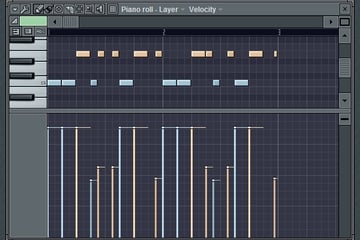 Since drum rolls are a collection of rhythmic grace notes, we can apply our ghost note strategies to create them. One way of getting set up for a drum roll is place your emphasized snares first. In this roll I know I want each beat to be emphasized, so this is how I set it up. It's not going to sound like much, but it is a starting point: 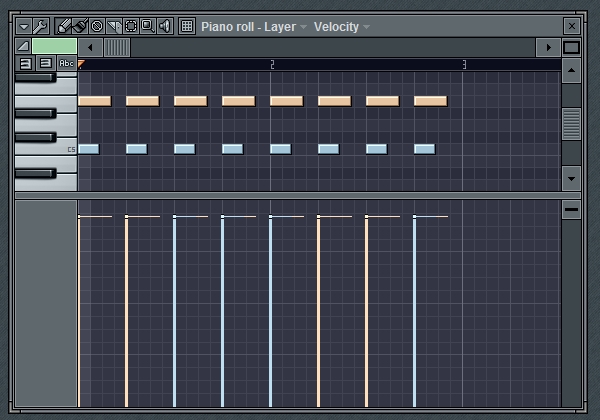 In the end, we might remove the kick but I'm using the kick as a metronome so that I don't get lost in the shuffles. We're going to get more complicated with each step, and in this step this means adding two shorter notes between each of the snares. Then, I'm going to add a note between each of the smaller snares. 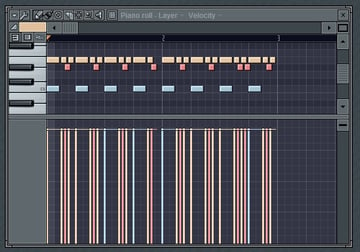 Drum rolls tend to get more intense at the end, so we should add more snares in the missing spots. I copied the green "emphasized" snares and moved them over a step as a shortcut. I also took out some of the off-beat snares near the end, and I brought in the kick to reinforce it.

Keep in mind that most drum rolls need more time to develop, and they need to work with the other instruments in the song to build real tension, but hopefully this short example will get you started.