An Introduction to ADSR

As audio engineers we deal with ADSR everyday, even without knowing it. I certainly didn't know what ADSR was when I first heard it, but it's the acronym for what happens with every waveform.


Put simply, ADSR refers to Attack, Decay, Sustain and Release. Depending on what you are working with, these names mean relatively different things. The release of a waveform is different than the release of a compressor, but they do somehow all refer to a similar thing. In the following article I'm going to go through the details of each of these parameters. What does slow attack mean and what does sustain sound like? Hopefully, by reading this tutorial you understand these widely used names and know how to use them to your advantage. 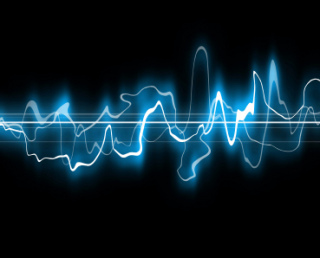 The waveform of a signal comprises these four elements. The attack is the first part until the highest volume of a specific sound, then the signal decays until it sustains. How long it sustains depends on many factors, as we will see later, and is followed by the release.

You can look at each particular waveform and by knowing these four aspects you can analyze how a specific waveform will sound. A slow attack has a long initial period before it reaches its highest amplitude, whereas a long sustain has a long middle tail before it trails of into the release.

See this ADSR graph for visualization. It's easy to picture every waveform into these preset boxes.

Let's see if we can't break these letters into some easy to understand terms. Let's break them all up and look at them separately in order to completely understand what happens in a particular waveform.

The attack of a signal is the initial sound a signal makes. Whether that's the quick whack of a snare or a slow attack of a orchestral instrument such as a violin, attack is the first sound we hear from a specific instrument.

Take for instance this waveform and corresponding audio file below. A slow attack is typical of a pad such as this. You want the pad to kind of creep into the music, and just being there without the ear noticing its initial attack.

Hear how the pad just slowly evolves into its sustained phase. Pads serve this purpose, just being there adding fill and foundation in many tracks.

A fast attack, however, is quite different. The most popular example of a fast attack is the snare. It's hard to have a slow attack on a snare, since it's such a percussive instrument. The initial sound of the instrument, or that thwack, reaches the highest point of the waveform almost immediately.

See how contrasting those two waveforms are. Where the pad takes a while to reach its full volume the snare starts at full volume, a perfect visualization of the difference between a fast and slow attack.

Decay is the time the signal takes to reach the sustain phase. In many cases, the attack reaches the highest amplitude but the loudness of the signal decays into a quieter part.

You can see this in the snare waveform above: the decay occurs those split seconds before that snare settles into that reverbed sustain.

I find that decay is usually a pretty short period in a waveform, with many signals having a more noticeable attack and sustain phase.

For instance, this jazz chord is held for a while, meaning that its waveform is sustained.

In contrast, these string stabs have almost no sustain, with the decay and release taking over almost immediately after the initial attack. 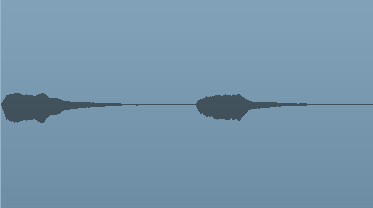 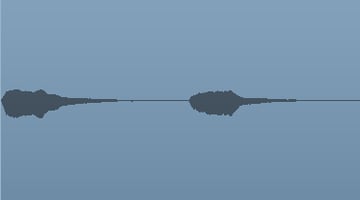 Release is the sound an instrument makes after you've effectively stopped playing. With synthesizer for instance, the release is the sound the instrument makes after you've stopped playing your part. If you press a note and then release it but the note is still playing, the time it takes for that note to die is the release time.

Short release times are with dry instrument such as guitar chords that don't have any effects or reverb. After you've played a chord and released it the sound dies out fairly quickly. But long release times are predominant in synthesized pads for instance, where the part lives on long after you've stopped playing. Additionally, heavily reverbed toms also have a long release, with the reverb elongating the release time.

Take this organ loop for instance. Due to its staccato nature it has no real release since the sound is immediately cut off.

Knowing how ADSR works is very useful especially if you are working with synthesizers and trying to create your own patches. By knowing the basics and being able to implement each of these four elements of the waveform you are able to create the sounds you are looking for.

Whether you need washing pads with a long attack and sustain or quick synth stabs with instant attack and no release you can easily program your synths or processors to create the sounds you are looking for.

Björgvin Benediktsson
Björgvin Benediktsson is an audio engineer and writer. He is an Alumni from the SAE Institute and has been working in the audio industry since 2006. He has been writing about music production since 2008. Check out his blog Audio Issues where he has written guides on EQ, building a home studio and recording vocals. Follow him on Twitter and circle him on Google+ for more tips and tricks.
Scroll to top
Looking for something to help kick start your next project?
Envato Market has a range of items for sale to help get you started.