In film, television, and games, vehicle sound has evolved into a deeply creative and compelling class of design. Master sound designers such as Walter Murch, Randy Thom, and Ben Burtt have elevated the art of vehicle sound design in numerous films such as Apocalypse Now and Star Wars in a way that allows sound to, in Thom’s words, “be set free to be an active player in the process,” of filmmaking. The sound itself becomes part of the art of storytelling. Games such as Forza Motorsport and Project Gotham Racing allocate large amounts of their development budget to the recording, crafting, and highly-detailed integration of vehicle sounds in order to create a compelling and engrossing experience for the player.

In this tutorial, we’ll take a brief look at synthesizing vehicle sounds using samples, subtractive synthesis and post-processing. Rather than create a realistic sound of a particular vehicle, we’ll use more generalized techniques to provide some creative ideas about the base elements of vehicle sound, as well as inspire you to experiment with your own tools and talents. 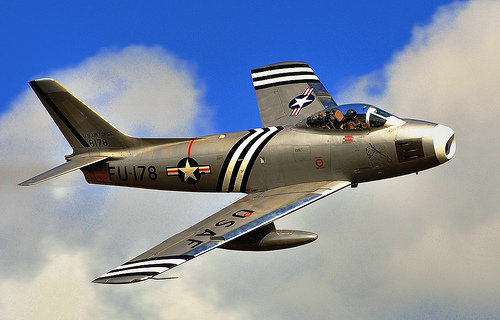 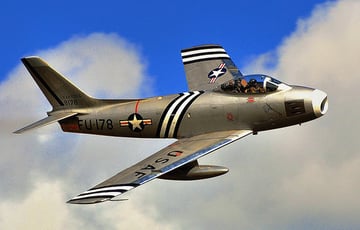 When designing sound for vehicles, we first must look at the most fundamental question: How does this vehicle move? In other words - what type of engine does the vehicle have, and what means does it use for transport? For example, if we’re designing sounds for a car, we most likely will consider that the car has a combustion engine, and uses four rubber wheels upon various surfaces to travel. A boat, on the other hand, uses a combustion engine with a submerged propeller - or possibly a jet-engine - to skim across the surface of water. Clearly delineating these makes creating our ‘constituent parts’ list much easier. Let’s create a sample hierarchy of types and states, with further delineation of each component part.

These are just a few ideas to get started. When designing for a very specific type of vehicle, these delineations will be easy for you to discover. And don’t be afraid to go into detail - the more you know about a given vehicle, the easier it will be for you to design for those elements that give that particular vehicle its unique character. 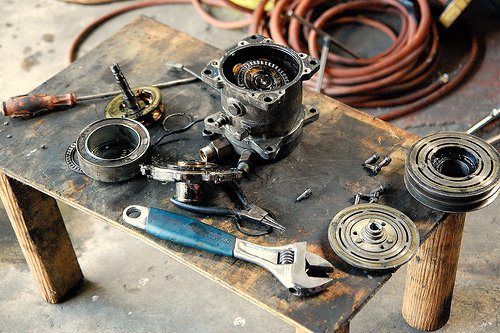 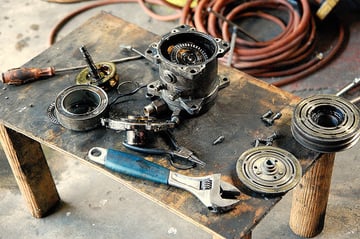 Now that we’ve collected our ideas on the constituent parts, we can take a closer look at each one to determine the synthetic components we’ll need to design a sound for each one. It is important to note, that in the vast majority of cases for vehicle sound design in film, games or television, a combination of real, recorded sound, post-processing, and synthesized sound is used in the creation of vehicle sounds. For the purposes of this tutorial, we’ll use a combination of samples pulled from Logic’s library, as well as simple subtractive synthesis and post processing.

For our first engine sound, we’ll use the following:

The first thing I’m going to do for Engine 1 is to setup my reverb in Space Designer. Because I’m using samples and synthesis, I’d like to try to make the sounds seem as though they’re coming from the same acoustic space.

The ES1 is a fairly straightforward subtractive synthsizer. We’ll use it to synthesize the body of the engine sound. I’ve outlined my settings for this particular engine sound below, but I encourage you to experiment to find out how each setting affects the overall sound.

And an unaffected sound sample:

We’ll configure our Reverb Bus routing for the ES1 synth the same way we did our sample - with Pre-Fader sends and volume adjustment. I’ve used curves opposite the start sound, such that the sound of the idling engine is mute when the start is happening, and fades up as the starting sample fades down. Lastly, I’ve added the Logic Clip Distortion plugin to the first Insert of the Synth track, which simply adds a bit of warmth and balance to the overall engine sound. I used the “Blues Clipping Guitars” preset here. Simple!

Because we have a mono synth patch with a long glide, we can create a sense of motion in the playback of our engine sound. At the onset of the sample, with the synth muted, I start the engine idle sound. As the startup sample finishes, I trigger a higher note, which gradually increases in volume. The result is that the engine sounds like it slowly comes up to speed from zero.

To create more motion, I’ll add a few more notes higher on the scale, which will result in a sound not unlike a plane leaving a hangar. Additionally, you might experiment with adjustment of filter cutoff as the vehicle moves.

Our final sound is a combination of a sample and a synth patch, played back in such a way as to create motion. We could take this further and layer additional sounds, such as wheels squeaking, servos moving, or parts of the vehicle rattling as it moves by. I encourage you to experiment with these techniques to find your own voice. I’ve included a Logic Playpack with a bonus sample and engine to experiement with. Enjoy!