Ultrabeat is Logic's secret weapon when it comes to drum sounds, but it can also double as a extremely powerful gate sequencer. In this tutorial we'll take one pad sound and create a complex layered sequence. There's a screencast to follow along with!

The following steps are meant to compliment the screencast. They'll show you how to get up and running quickly.

Open a new blank Logic song and create a new Software Instrument by going to Track > New. Load a bright pad sound. I've used Bright and Beautiful from 'Pads & Strings' in Ohmnisphere. The ES2 is good for this if you don't have Ohmnisphere. Here's what mine sounds like:

Create another Sampler Instrument and load in a multichannel instance of Ultrabeat. 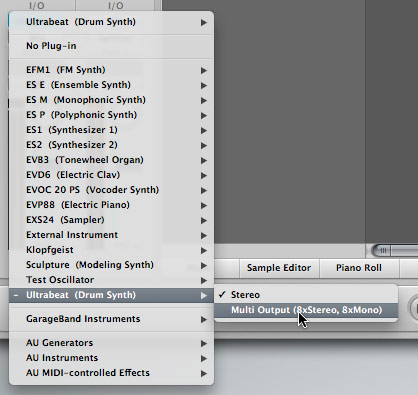 Now set the output of your pad sound to Bus 1. Remember to change the output of Bus 1 to 'No Output' as we don't need it in the mix. 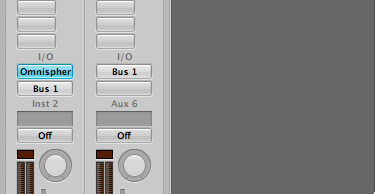 The voices in the Ultrabeat preset 'Gate Sequence Init' are already set up to accept the sidechain for Oscillator 1. To bring the pad sound into the sidechain input select Bus 1 from the drop-down list in the top right of the plug-in. 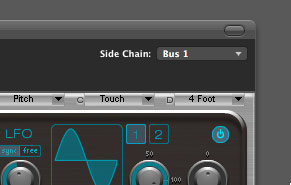 Select Channel 1 on Ultrabeat and draw in some gate steps into the sequencer row at the bottom. Arm the sequencer on the left hand side and hit play in Logic. You should hear the pad being gated to your pattern.

To automate your sequence press 'Step Mode' in the left hand side of the sequencer. 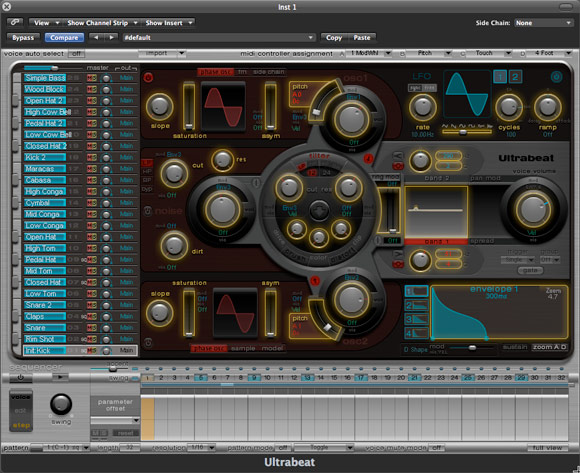 Select a parameter on the plug-in interface by moving it slightly. Available parameters are outlined in yellow. Offset its position in the sequencer by dragging the bars. To edit your sound you need to disarm Step Mode. When you've made your edits, re-arm it.

Repeat Step 6 on Channel 2 and so on. Experiment with layering different note lengths and patterns.

To create more outputs for your multiple output Ultrabeat just click the + button on its channel strip in the mixer. 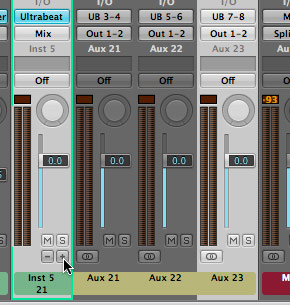 In Ultrabeat select Channel 2 and assign its outputs to 3-4.

Add some effects to it in the mixer and see what you get! Here is the result of the screencast tutorial. 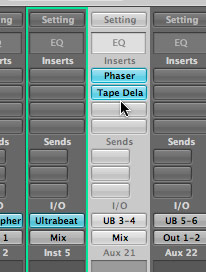 Other Tips, Tricks and Cool Stuff

Ultrabeat gives you 24 sequences to play with that are assigned to MIDI notes on the keyboard. You'll see a selection box in the bottom left of the sequencer. You can drag these sequences onto the arrange page and re-arrange them very easily. You can also edit them in the Piano Roll. They even contain any Step Mode automation you have programmed!

For more information about sequences and Pattern Mode see Logic's manual. Some poor guy had to write that manual, consider it your duty to read it!

Loading individual samples into an existing kit is a bit of a bind. First you have to initialize the voice by control-clicking on the voice channel and choosing Init > Sample. You need to do this as otherwise the previous sound's settings will affect the new sample. 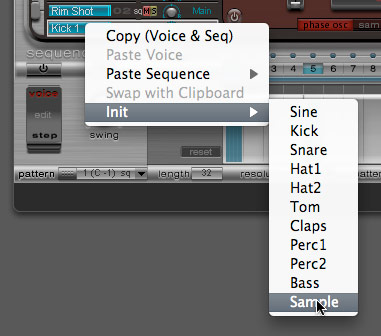 Then simply drag a sample from from your hard disk via Logic's 'Media Browser' into the sample window in Oscillator 2.

There is a very handy patch in the preset list called 'Drag and Drop Samples' inside 'Ultrabeat Kits'. This is optimized for making a quick sample based custom kit. Have a look at this one. Use Ultrabeat's synthesis tools to destroy and sequence your samples using Step Mode. Don't forget you don't have to load just drum sounds, loops work too!

Here's a quick example of how you can mash a simple stab sample. This preset is included in the PlayPack download (loop not included). 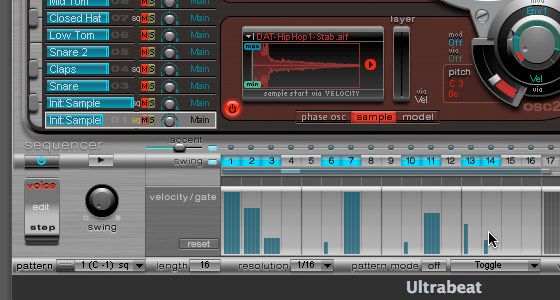 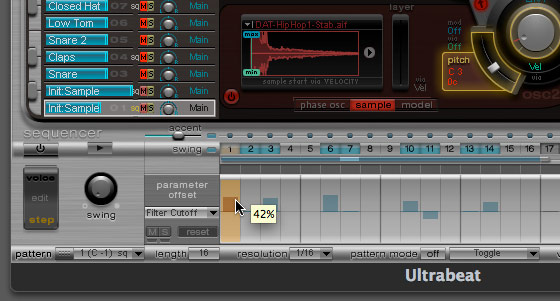 Ultrabeat also has the ability to load EXS24 instruments although it will only map the first 25 sounds. If you have a large library of pre-existing custom ESX24 Instruments this can be a great way to breathe new life into them. Locate your Sampler Instruments folder by going to User > Library > Application Support > Logic > Sampler Instruments in Logic's Media Browser and drag any file with a file extension of .exs onto the Mixer section of Ultrabeat. 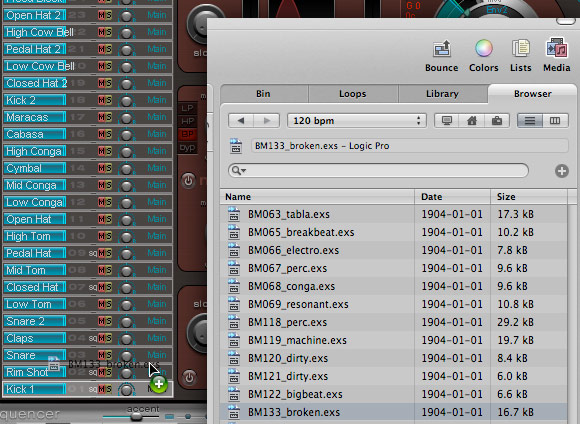 The Power of Ultrabeat

I've only just scratched the surface of what Ultrabeat is capable of in this tutorial. When it comes to drum sounds Ultrabeat rivals any software on the market. Its ability to combine analogue with sample synthesis allows for literally any percussive sound to be produced and we've seen it's not just for drums. You could do a month's worth of tutorials and still have more left over before you covered it all. This is testament to Logic's feature set which is really deep once you delve into it. Next time you reach for Stylus RMX give Ultrabeat a thought. It might just become your favorite drum plug-in.

I hope you enjoyed this tutorial. It's the first screencast I've done so I hope you'll forgive some of the mistakes! If you have any questions or feedback for this tutorial feel free to leave a comment. Cheers!