Impedance is something that everyone who records or plays music should know about. It comes in to play every time we plug in an instrument, microphone, device, or speaker. Yet, most people who record know little or nothing about it. This tutorial covers what we all need to know about impedance to get good recordings.

For our purposes here, we’re going to use a somewhat narrow definition of impedance. We’re going to ignore all the implications and equations that are best left for a physics text book and look at the aspects of impedance that are of practical use to the musician and recordist.

For practical use in the recording studio, impedance refers to resistance to an electrical current. The word impedance is often represented with the letter Z, and is measured in ohms (Ω). For a recording engineer the main uses of impedance are for matching the inputs and outputs of instruments, microphones and devices, and for matching speakers to amplifiers.

Impedance For Microphones, Instruments and Devices 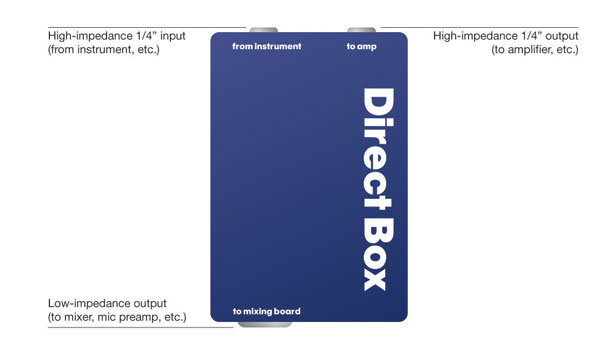 In some cases, usually for special effect purposes, it may be necessary to plug a low-impedance device, such as a microphone, into a high impedance input, such as an amp or effect designed for a guitar. In these cases a step-down, or impedance-matching, transformer should be used. This will take signal from a balanced, XLR cable and convert it to an unbalanced, high-impedance output (usually a 1/4” jack). 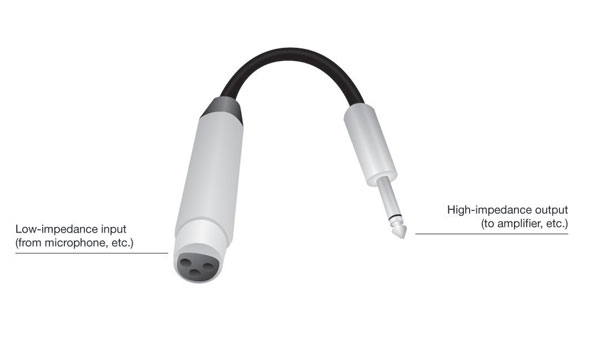 Impedance For Speakers And Amplifiers

When matching speakers to amplifiers impedance needs to be approached a little differently. Amplifiers are labelled with a minimum impedance rating, which is generally located next to the speaker outputs. This is usually in the realm of 4Ω, 8Ω, or 16Ω. Optimal output comes from matching this load exactly (i.e. plugging an 8Ω speaker into an amp with a min. 8Ω rating). Putting a higher load, such as a 16Ω speaker with a min. 8Ω amp, will result in slightly less volume, but is otherwise not problematic. Placing a lower load than the minimum impedance rating puts unnecessary strain on the amplifier and can ultimately damage it.

Matching amps and speakers gets a little more difficult when multiple speakers are hooked up to the same output. In this case the manner in which they are wired will affect the total load they represent to the amplifier. The three configurations for wiring multiple speakers are series, parallel, and series/parallel. 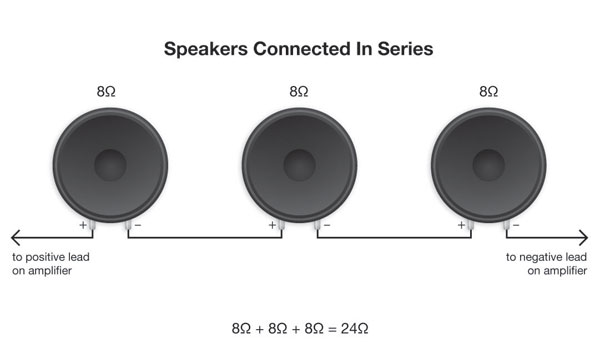 Speakers are connected in parallel when all speakers’ positive leads are connected to the positive lead on the amplifier and all negative leads are connected to the negative in the amplifier. When connected in parallel the math is more complicated. The total load of a series can be calculated using the equation shown below. The good news is that when all speakers in a parallel circuit are the same impedance the math is as simple as dividing the impedance of one speaker by the total number of speakers. So, in the case of three 8Ω speakers the total load would be 2.67Ω (8Ω ÷ 3 = 2.67Ω). 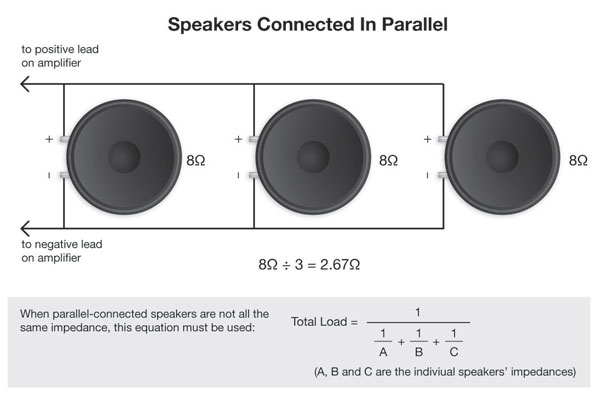 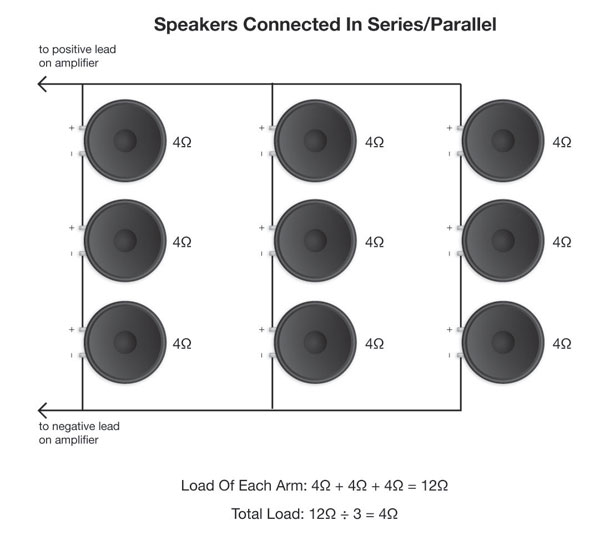