Getting the Most From Group and Return Channels

Using group channels and send/return configurations is pretty much an essential part of constructing your mix. Saying that I get a lot of students that are either slightly puzzled about the exact routing technique or when they should be using send/returns instead of inserts.

To the more experienced user the group channel is something that is second nature but perhaps they are missing out on a few creative techniques that utilise them. In this tutorial I'll start of with a brief examination of group channels for the beginner and go on to suggest some slightly more advanced uses for them.

I have used various DAWs here but the techniques used can be applied in any application.

If you are a new comer to the world of music production the use of group channels maybe news to you. Basically put a group is an independent channel we use to feed several audio streams to. Not only does this give us convenient control over a group of sounds in our mix but it also means we can apply processing to more than one element at once.

A good example of group mixing is treating all our drum sounds in a dedicated drum group. This allows us to apply compression and eq with one chain of processors, adding cohesion and impact to the overall sound. We can also change the level of the whole drum part whilst retaining the relative levels of each individual part.

Another way of using these independent channels is as an effects return. Modern DAWs treat group and return channels as the same thing, the only real difference often lies in the way they are routed. Return channels are used to house effects plug-ins and signal is send to these specialised channels using a send control on of the mix channels. This allows to set up 'global' effects units that can be re used by any instrument in our mix.

Send/return configurations like this are perfect for delay or reverb effects, or any effect combination that produces an elongated 'tail'.

You may find that different DAWs call group channels different things. They may be called 'busses', 'auxiliaries', or hopefully just 'groups'. Whatever the manufacturer calls them it's highly likely they all do the same thing. Always double check your manual to learn how your specific application handles different channel types. 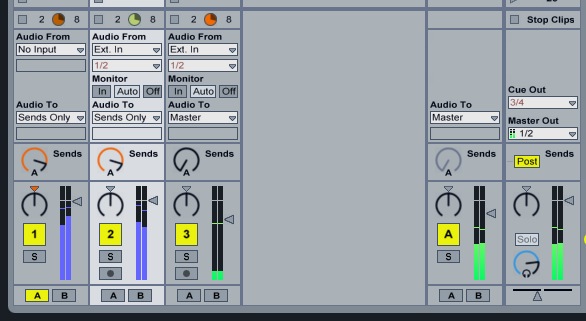 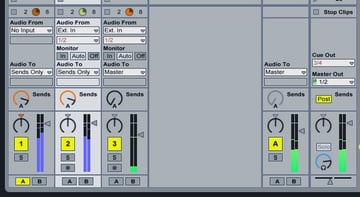 So you've got the hang of creating simple group channels and you have already started using basic send and return set ups, let's take a look at how you can step things up a notch and start to use groups in more interesting and creative ways.

First up I want to look at something called parallel bussing. As the name suggests this involves running a group in parallel to another. Essentially the same audio is fed through both busses and their levels can be changed independently of each other.

This routing is usually achieved by using the main outputs of each channel to select one group and the auxiliary sends to select another, here is a screenshot of parallel bussing occurring in Logic Pro 9... 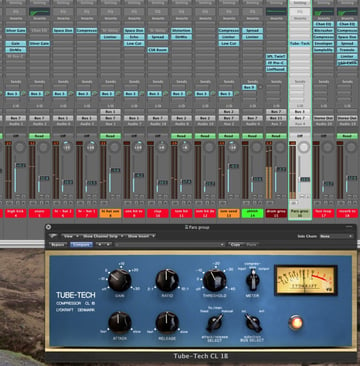 This configuration allows us to use one buss as a dry, untreated version of our group and the other a more effected or extreme take on events. The most common use for this set up is parallel compression and using this technique we can offset our dry audio against a more heavily compressed group. This is great for adding punch and density to groups of sounds but it's by no means the only use for parallel bussing.

With a little creative thinking we can start to use parallel processing in conjunction with a number of effects. Experiment here by adding large amounts of distortion or maybe a phaser to your parallel group. The beauty of this technique is that you have really fine control over the amount of effected signal being introduced. You can also add further processing to the effected sound, such as low or high pass filters. This is a luxury that we lose when using traditional wet/dry effects mixes.

You can get more info on parallel compression, with audio examples here.

Another technique you may want to think about is using multiple sub groups. This can greatly increase the control you have over levels of cretin instruments and also create a more cohesive mix due to processing similar sounds in groups.

To give you an example of what I mean, let's say your drum part is made up of ten different tracks. These ten tracks may represent carious different sounds that make up you rhythm track and would probably include things like a kick drum, some snares, high hats and various percussion.

One option is to send these to one group channel and treat the drum part as one, alternatively you may want to go one step further and create sub mixes for each type of sound in the drum part. I find this very useful for treating several high hat parts that may be programmed to sound like one pattern. These can be grouped, treated and then sent to the main drum group. This gives you quick access to their level and total control over their sound. 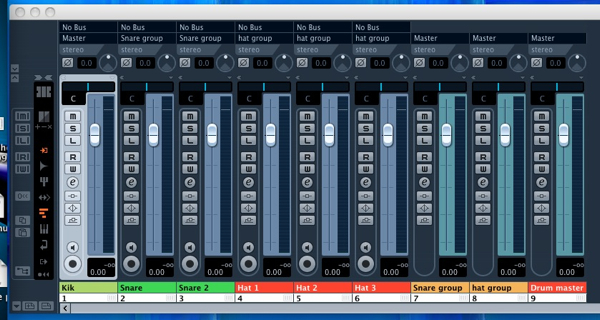 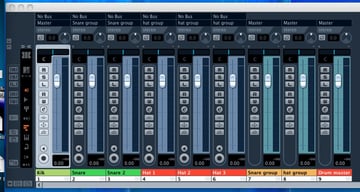 Sub groups and groups in Cubase 5.5.

Also try this when working with vocals, backing vocals and lead parts can be sent to sub groups and then to a main vocal group. I have even used the technique when mixing large numbers of synth or guitar parts. It's all about control and cohesion, give it a go it may work for you.

Although send/return set ups do differ from a straight forward group routing some DAWs use the same process to achieve both results. Logic Pro for example uses the same buss list for both and the only difference is how you feed them. i.e. either with an auxiliary send or channel output.

Other DAWs on the other hand have dedicated channel types for both returns and groups. Cubase 5 uses this system and in many ways it keep things a little more organised and in the long run is probably clearer for the beginner. Whichever system your DAW uses you should find it a pretty straight forward process creating a send/return routing.

If you have already experimented with reverbs and delays on your return channels and want to do something a little different you could try creating what I like to call a dynamic effects return. This involves placing a side chain capable compressor plug-in directly after your chosen return effect. The side chain for the compressor is then fed by any mix element you choose.

The result is an effect that breathes with an individual part of your mix. This can be extremely useful when dealing with top lines or vocal parts, as they can be clearly heard above another effected part. You can also feed the compressor with the part being effected, this results in the effects being drastically lowered when the core of the part is playing.

If this is a little hard to grasp you can hear audio examples and read more about the technique here. 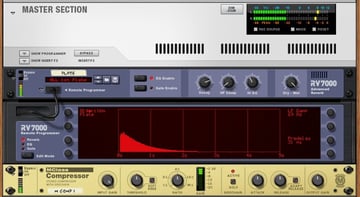 A dynamic effects return in Record.

One last way you can use your groups is to create alternative mixes to send to separate musicians in your session. This is as simple as creating a group and using sends to build a mix with new levels. The outputs of this new group can be sent to a separate output of your sound card or dedicated headphone out.

This technique can be great for sending bass players a louder drum mix, or lowering lead guitar parts for vocalists. Once you have mastered the technique multiple custom mixes can be sent to every member of a band, assuming you have enough outputs and pairs of headphones!