Getting to Grips with Digital Delay

Sometimes it is good to go back to basics, and I thought it would be helpful if I were to cover the essential building blocks of music production. Digital delay is an effect that is used time and time again in mixes and it can create all sorts of useful results.

In this tutorial I'll be showing you a few different delay plug-ins from a different DAWs and running through the basic elements that they all share. Once you understand the way these different sections and controls work together you should be able to create your won delay effects.

Step 1 - What is Digital Delay?

Basically put, a delay effect is any process that creates a carbon copy of a sound and repeats it. Even if the sound is only repeated once, this is is still technically a delay effect.

Early adopters of delay effects would use tape based systems to replicate and repeat their sounds. Artists and engineers were using this process as far back as the 1960's, utilising tape loops to create trippy effects. Although technology has come along way and the interfaces may of changed, the basic elements of delay processors have remained the same. 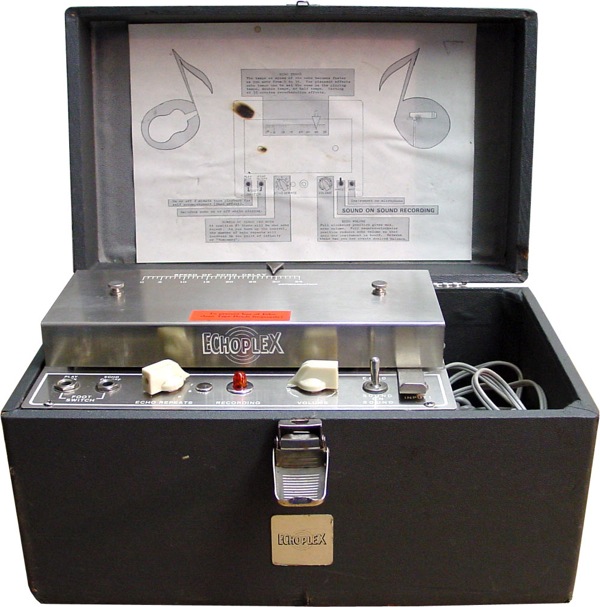 The delay plug-ins you will have in your various collections will differ from model to model so I'll try and use as many different basic delay plug-ins as I can throughout this tutorial. This should show that with the theory under your belt your should be able to tackle any processor with the same ease.

The first part of the basic delay plug-in we'll take a look at is the delay timing. Any repetition of your signal that a delay processor creates can be set to play at any user defined interval. Older delay processors would use a simple 'time' knob but some would offer measurements in more precise units, such as seconds or even milliseconds.

While more modern delay effects also offer timings in milliseconds (ms), they are easily synced to your host / DAW bpm. This means that the repetitions created by the processor will be perfectly in time with any loops or music in your project.

Snare with one 4/4 simple delay:

Once the sync function is activated the timing display will change from milliseconds to musical divisions. For example you may see 1/4, 1/8 or 1/16 appear. This simply means that the delayed signal will repeat 4, 8 or 16 times in one 4 beat bar. This is often a much easier way to work and saves you having to work out delay times or setting them up through trial and error.

Logic's stereo delay is capable of millisecond based delays.

Snare with one short 40ms delay:

With our basic timings set and our first delay patch taking shape, we are about ready to move onto the next parameter.

Feedback is really a key parameter in any delay set up. Simply put a delay units feedback circuit decides how many repetitions will occur until the signal stops or fades to nothing. In older tape delays this was the recorded signal degrading over time, in a digital delay the control is much simpler and more precise.

In most cases when the feedback is set to zero you will hear one repetition (as in the previous steps audio examples). Turning this control up will simply add the number of 'delays' and when you reach 99 or 100% you may experience 'infinite' feedback, meaning that the delayed signal will carry on forever, or at least until you stop it!

With these two basic parts of the delay effect down you should be able to construct a simple delay setting. You should be able to get it in time and decide the amount of delays that occur. As a bit of an experiment try playing around with long very long delay times and then try very short times with long feedbacks. Experimental sessions like this will help you familiarise you with they way your plug-in works and how it reacts to parameter changes.

With your timed delay working nicely you may find that it is either a bit overbearing or a little weak. It's likely that these problems are down to a poor effects mix.

The way that your overall delay effect is mixed will differ from one plug-in to the next but most feature a wet / dry mix knob. This is quite simply a single control that will take you from completely untreated to 100% effected and everything in between.

Ableton's 'simple delay' features a single control for your wet and dry signal.

You may find that you have two knobs, one for the wet and for the dry levels. Whichever configuration your chosen plug-in sports, mixing the level of your delay is a pretty straight forward process. If you are using your delay plug-in as an insert you will tend to find that around 15-25% of wet signal tends to work quite nicely in the mix. On the other hand if you are using a send and return set up you will need a 100% wet mix.

There are of course extra controls that you will find one some plug-ins that lay outside these basic functions I have covered. Look out for duplicate controls for the left and right sides of the stereo field or width controls to increase the stereo image of your delay effect. They are pretty self explanatory but if there is a stereo link control, it would be advisable to use it.

Logic's stereo delay is a great example of duplicated controls for both left and right sides.

Other extra functions to look out for are high and low cut filters for removing certain frequencies from the effected signal. These can be really useful when you are treating entire drum busses or bass lines and you don't want the lower frequencies to be effected by the delay.

A great example of high passed stereo delay in action:

Occasionally delay plug-ins will feature a drive or distortion circuit. This feature tends to be on more fully featured processors but if you come across one that does have distortion built in, you can try using it to create dub or tape style repetitions that degrade over time.

Don't worry as these extra features and more will be covered in a more advanced tutorial about delay in the future.