This is going to sound like one of those iffy adverts you see hawking $25 sets of “learn while you sleep” CDs that promise “absolute mastery” of music in weeks without so much as lifting a plectrum or hitting a key, but it’s not like that. Honestly. Ready? Here it is:

You can improve your skills on your instrument just by thinking about it.

It sounds wacky, I know, but I assure you this isn’t the result of one too many “jazz” cigarettes, and I promise I won’t be offering you a no-obligation chakra alignment consultation at the end of this article. What you will come away with is a convincing argument that visualization techniques can be genuinely beneficial to your playing, along with a few ideas to go away and try for yourself.

So please, proceed through the beaded curtain, enter my candlelit consultation room, and do watch your sleeves on the incense. 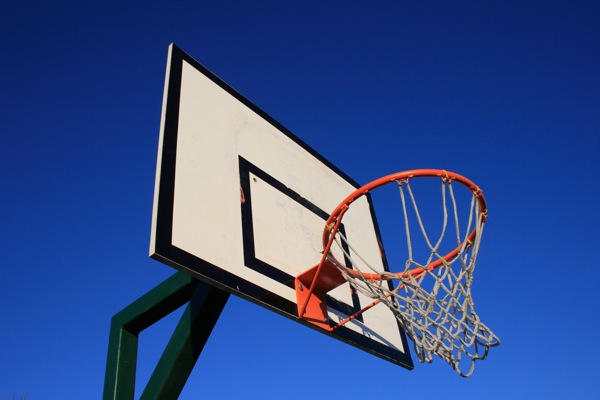 Mental visualization as a means of improving performance in physical tasks is an idea I first came across through the fairly widely known story of a science experiment involving basketball practice. Put simply, a group of people with no basketball playing experience were asked to throw some hoops. Having measured their natural ability to successfully get the ball in the hoop, the group was split in two; one continued to practice throwing hoops, while the second merely thought about throwing hoops.

The story goes that the level of improvement was roughly the same in both groups. In other words, the benefit of mental visualization of the practice routine was shown to be more or less equal with actual, physical practice. As you might imagine, this principle has been seized upon by everyone from athletes to salesmen to self-improvement gurus. After all, the proven power of the mind in self-actualisation is an undeniably attractive and potent concept whether your goal is running faster, upping photocopier sales or overcoming social anxieties.

So it’s a little unfortunate, then, that I’ve found some grounds to doubt whether this experiment ever happened. Bit of a snag, there, to be sure. So is visualization actually nothing more than wishful thinking by people who, quite naturally, prefer daydreaming to hard work? Not quite. 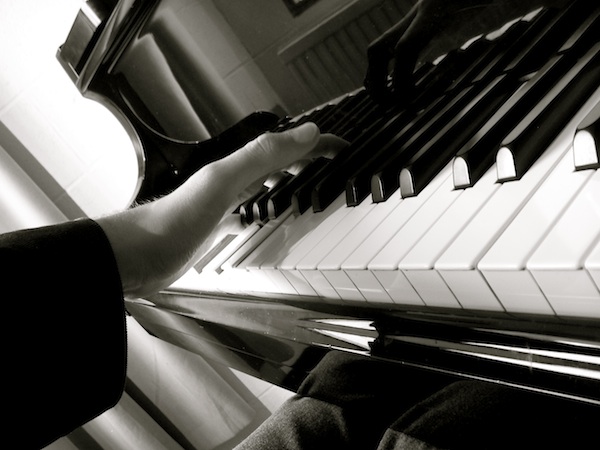 Luckily, Alvaro Pascual-Leone, MD, PhD – a professor of neurology at Harvard Medical School – is here to help. His article, The Brain that Plays Music and is Changed by It, not only rescues the idea of mental practice from the overflowing trash can of unfounded pop science, it also relates the concept firmly to music.

In short, Professor Pascual-Leone had non-piano playing subjects learn a simple piano piece over a period of time while he made detailed observations of their brain activity. He began with subjects who physically played a piano, and then looked at what happened when participants only thought about playing the piano. Sure enough, mental practice produced very similar results to physical practice:

In other words, mental practice produced a measurable and beneficial effect. Great news for us daydreamers! So, how do we make this work?

I’ve been experimenting with visualization for around a month, and I’ve found that it really does seem to improve the learning process. Moreover, the level of awareness and concentration required to achieve the visualization itself seems productive, in the sense that it heightens awareness of the complex physical processes involved in tasks which, often, have become more or less automatic.

So what’s to lose? Give it a go! And remember:

To help you mentally replicate the process you’re trying to learn, go through it slowly with your instrument and pay special attention to your physical movements. For a start, doing this may help you to notice any problems with technique, and it will certainly help you to accurately visualise what you’re doing.

It’s not enough to think vaguely about playing your instrument. You need to focus on a specific task, and try to imagine every physical detail associated with it: the muscle movements, the pressure applied, the physical sensations. The more realistic your imaginary practice is, the more helpful it seems to be.

You might find it surprisingly challenging to sustain the required level of concentrated thought to imagine a realistic depiction even of something simple like playing a major scale. Your mind will wander at first, and you may even find that you don’t actually know what your body is doing when you play. Practice!

Pick the right time and place to visualize

The visualization process is somewhat like meditating, in the sense that it requires a fair degree of quiet concentration. Try to find quiet periods in the day when you can “switch off” for ten minutes without fear of being disturbed.

Obviously, this isn’t a recipe for overnight virtuosity, and you still need to do “real” practice. My experience so far suggests that you’ll see most improvement in things like accuracy, fluency and ability to recall sequences of notes or chords.