So you are ready to move into the digital age of recording. No more using your dad's old two-track—it is all Pro Tools now baby! Until you realize your hard drive cannot be used for recording. In this tutorial we will take a look at the hardware aspects of hard drives and how it relates to us as musicians and audio engineers. So if you are ready to save some data keep on reading!

While many musicians rarely think about hard drives, if you do any form of recording you really should. Whether you use tape or disks, when you record something you need to store it somewhere, and you need to make sure it will preserve your recordings without a problem.

The most basic requirement for standard hard disk drives (we will get to solid state drives later) is how fast that big old disk can spin. The faster the disk can spin the easier it is to retrieve the desired information from the drive quickly.

For audio this is paramount, as we need to work in as close to real time as possible with potentially hundreds of tracks. While some computers can load an entire session in RAM most people do not have that luxury and need to stream it from the drive.

So how fast is fast enough? With traditional disk based hard drives generally speaking you need at least a 7200 rpm drive in order to properly stream data into your DAW. You can (in theory) use a cheaper 5400 rpm drive and still record, however it will put more strain on the computer and you will more than likely set yourself up for playback errors. Or worse, errors while recording that are now permanently in the audio file.

5400 rpm will work for the system drive (the drive in which your OS is installed) but an audio drive really needs to be at least 7200.

Another key component of a hard drive is its hard disk cache (sometimes also called buffer). To keep things simple, it is essentially a small bit of RAM built into the drive that communicates between the hard disk and the system RAM.

The more cache we have the more we can stream data to our DAWs without any potential hiccup in the process. Now do keep in mind the most you will typically see on a hard drive is about 64 mbs of cache, which is not a lot of data in uncompressed audio terms, but it still helps to take off strain off the system and keep everything running smoother.

One of the most obvious but often misunderstood aspects of any hard drive are the available connections. With such a wide array of options available, determining what is best for your scenario can prove to be tricky.

When in doubt, the fastest connection is always safest, but that does not necessarily mean it will be faster for your computer. While Thunderbolt might be the fastest and USB 1.0 the slowest, it all really depends on how the system as a whole is setup. Just because you have a smoking fast engine in your car doesn't necessarily mean the highway will let you go as fast as possible.

Generally speaking, if you are using an internal hard drive then you will almost always use SATA in one form or another. If your motherboard supports up to the latest SATA spec then you can be transferring up to 6 Gb/s. There are options for SAS (Serial Attached SCSI) but you will generally not be seeing these in audio as they are quite pricey, and are usually used in servers. For external drives you will most commonly have access to USB, Firewire, eSATA, and Thunderbolt.

Here is a list to better describe the benefits...

The biggest news in hard drive land came recently with the advent of the super fast solid state drives. Lacking any mechanical parts, SSDs can achieve greater speeds than their hard disk counterparts are.

However do keep in mind that they can and will fail just like a traditional hard drive. The issue with SSDs can arise when you constantly write over the contents of the drive. When this is done too much you actually start to wear down the drive's ability to store information; remember there is no big disk anymore!

At the moment the jury is still out whether the effect is a serious problem or simply negligible. In any case, using a SSD as long term storage drive may not be the safest approach.

What is important to keep in mind with SSDs from a functionality stand point are the read and write speeds. Just as with RPMs, having faster read and write times allows for a smoother and less error prone recording experience. SSDs are almost exclusively an internal format that uses some form of SATA for data transfer. You can find some external SSDs but they are expensive and will use the Thunderbolt or USB 3.0 interfaces which you may or may not have on your computer. 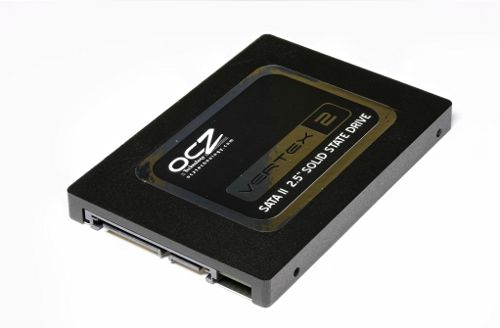 So where do we stand now? For audio, hard drives are simply unavoidable in this day and age and the more you know the better off you will be. Keep these key concepts in the back of your mind when selecting or using a hard drive...

Next time we will continue to look at hard drives and move more into the software side of the issue. Thanks for reading!