How to Add the Experimental to Electronica, Part 1

It’s a bit of a shame that the abstract electronica genre isn’t thriving commercially the way it used to be. The heyday of labels like Warp Records and Planet Mu has long gone, and very few experimental electronica producers are making a living from their music.

That said, there’s a great wealth of absolutely amazing free electronica out there. I’d recommend any fan of electronic music to take a listen to the brilliant Bleepshow podcast for many fantastic examples. It’s a highly creative area, and one which needs a constant supply of fresh talent, so it’s a good time to get started!

In this tutorial, we’ll be taking a look at some of the tweaks and techniques which can help you to create your own experimental electronica. Obviously, the point of the genre is essentially to explore the systems you have at your disposal, and hopefully you’ll be able to extract the principles behind these examples as well as following them literally.

When you’re creating a big electronica pad sound, it makes a lot of sense to render the track as audio for further manipualtion. In Ableton Live, you can do this quickly with the Freeze and Flatten commands. This will allow you to start chopping up the raw audio, just as you might edit a drum loop.

Here, I’ve chopped a few pieces out to create a rhythmic gating effect. You could use a plugin like Livecut to do this, but both tend to produce quite recognizable results; do it by hand first until you know situations where you need things to be automated.

Live’s Filter Delay plugin is brilliant on pads; if you don’t have Live, you could consider something like Waves Supertap. If you’re serious about electronica, however, nothing beats the hands-on nature of Live. Automating the filter cutoff on each part of the delay can produce some interesting phasey effects.

Phasers tend to be overused on pad sounds. Try automating a frequency sweep like this over a transition to soften it, rather than smothering the entire sound in watery, slimey phaser tone!

Complex percussive elements are a hallmark of the genre, but they can be a little daunting initially. I like to start by building up a basic kick and snare groove, then layering lots of smaller sounds over the top.

Don’t just leave your vanilla kick drum sample in there; try adding some delay to spice things up. The filter curve on this PingPong delay ensures that there’s no clashing low frequencies and turns the kick into an almost tom-like additional percussion sound.

The Auto Filter here is automated to just occasionally take the top edge in and out of the kick, making it a little more organic-sounding.

Here, I’ve augmented the basic drum pattern with a loop played with brushes on a drum kit. It’s always a good idea to mix individual samples with loops. It sounds ridiculous but the noises in between the hits are often what make a good drum pattern: small snippets of reverb and variations in tone.

After chopping it up and reversing certain hits, I’ve added a slight high pass filter sweep across the pattern to lend it some dynamism.

It can be a good idea to layer a clap sound and a snare together. In this example I’ve used a heavily bit-reduced clap sound to add crunchiness.

Here’s a great incidental percussion sound made from a short snare sample. The pinging, clanging delay is created simply by setting a short delay time, then automating it so that it increases and decreases producing quite random echos depending on when the sample is triggered.

Automation really is key when dealing with abstract electronic sounds. Too little and they’ll sound plastic and boring, too much and they’ll become unlistenable.

On this lead sound, for example, I’ve sent a square wave LFO to the filter cutoff, then gradually increased and descreased the LFO frequency to create an undulating effect.

This can be quite difficult to get right, as too much change to the filter can make the sound bitty and cause it to lose tonality.

Try experimenting with different levels of automation and effects on your sounds, leaving some sounds purer than others.

Usually, these will be the ones you want to stand out, but you can still use a heavily-automated sound and create great tones.

Here’s a sample of the unfinished track these tips were taken from. I’ll be back soon with more! If there’s anything going on in the track you’d particularly like to know about, drop me a line in the comments thread.

Find your perfect sound now to amplify your next project. 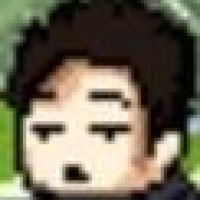 Paul Taylor
Paul Taylor is a writer, musician and game developer from Oxford, UK. He writes regularly for Computer Music magazine, and has released tracks as nervous_testpilot on London's Nu Energy record label among others. He's currently working on a new game soundtrack for Mode 7 Games (http://www.mode7games.com), as well as on improving his engineering and production abilities.
Weekly email summary