How to Boost Your Audio's Stereo Image

There's no doubt that wide stereo sounds are pleasing to the ear. It can bring a mix to life or make individual elements shine. It's certainly a subject I get asked about a lot and something that many producers seem eager to be able to master.

Here's a rundown of the different methods we can use to boost the stereo image of both our whole mix or individual instruments. Of course some of these are more sensible options than others when it comes to producing a coherent, intelligible mix. It's worth taking a minute before you turn your new stereo enhancer plug-in up to 11.

One of the best (but least exciting ways) of boosting the perceived width of your stereo sound stage is to actually use more mono material in your mix. This may seem like a bit of a contradiction but by introducing more mono elements, your stereo audio will be perceived as wider and will make more of a stand in the mix.

Let's say your mix is made up primarily of stereo files, now these may not have a huge stereo image but nevertheless, they are stereo and will have some sort of spread.

After hearing these stereo sounds for some time the listener will perceive this as the narrowest stereo point, if you then attempt to add a sound with a very wide stereo image, or an effect that widens a particular sound it may go unnoticed as the difference between the new sound and the main mix is minimal. It's all about perception.

A way to close the gap between these stereo sounds is to decrease the stereo image of some sounds or actually use mono versions. Many drum sounds work really well in mono and not every guitar or synth in the mix has to be spread right across the stereo field or saturated with stereo chorus.

With the width of the overall mix reigned in your stereo sounds will now have much more impact and will become really pleasing to the ear. Stereo enhancers and special effects with a wide image will really jump out of your mix and should give the desired effect.

An age-old trick used by sound engineers to create a wider stereo image, is to delay one side of the audio using a very small delay time. Plug-ins that induce this sort of delay on either side of the stereo field are freely available in most formats and often come supplied with DAWs as standard. 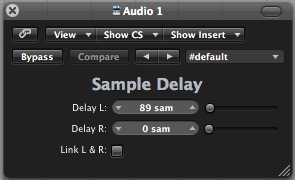 The great thing about this sort of treatment is that it's very transparent and doesn't affect your audio in any negative way. It doesn't detune or heavily process your signal to create the stereo enhancement.

Subtle use of this method and delay times of 5-15ms on either side should preserve your mono compatibility pretty well and you shouldn't affect the dynamic signature or energy of the original audio. This method can work really well on many different sources but be aware this isn't an 'in your face' effect and if you're looking for something extreme you may want to check out other routes.

Drum loop with no treatment

Step 3 - Using EQ and Filters to Widen Your Sounds

Another great way of opening your stereo (or even mono) sounds up a little is to create differences in frequency on either side of the image. This can be achieved using a variety of different processors but does work very well with either an EQ or filter plug-in.

Whether your sound is stereo or mono simply create two mono channels in your DAW and place duplicates of the audio file on both channels. Now pan them hard left and right and place your chosen eq plug in on each channel. It is a good idea to a use a clear graphical parametric model here.

Now try adding 4 - 6db of high mids to one side and removing exactly the same amount and frequency from the opposite side. On playback you will notice a definite difference in either side and a widening of the stereo image. Essentially stereo width is created by differing signals in both sides of the field, so this is one easy way to produce the effect.

Be aware in a lot of cases this is the most subtle way of creating a stereo image. In my example the difference is pretty negligible but in some circumstances this can work very well. Try experimenting with more extreme settings and resonant filters. 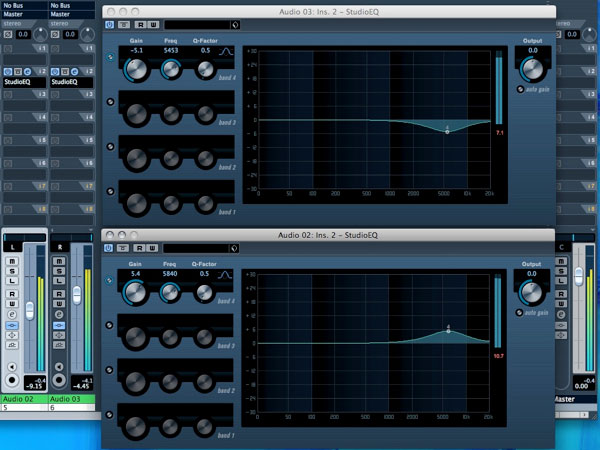 Synth line with no treatment

Of course, there are a number of processors out there that offer a one-stop solution for creating wider and more impressive stereo sounds. Some of these are great when used sparingly but without knowing exactly what is going on under the hood you might want to move with a certain amount of caution, as damage can be done here.

The method used to widen the stereo image often differs from plug-in to plug-in so turning the mix up on one of these bad boys can completely transform your sound. Be warned, you may lose your mono compatibility and introduce phase issues. Warnings aside, some of these plug-ins do sound great and can really add something to your mix.

It's well worth checking out PSP's stereo pack, the Flux, and the stereo expansion tools inside iZotope's excellent Ozone mastering plug-in. There are also some worthy offerings included in popular DAWs such as Logic, Reason, Cubase and Live. 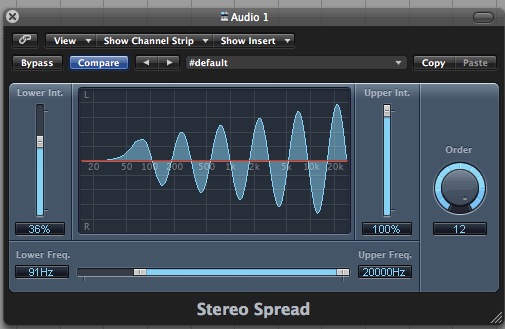 Modulation effects are still one of the firm favorites when it comes to getting a wide sound. First up you have to ensure you are using a true stereo chorus unit, as not all chorus processors are stereo.

While most chorus, flanger and ensemble plug-ins will make your audio sound great, you may notice that you lose some punch and definition at high levels. This is pretty common and is a pay off for the shimmering stereo effect that a chorus effect produces. Some chorus units, such as the classic Roland Dimension D, are famous for creating thick chorus effects without robbing the direct quality of the dry audio. UAD do a great reproduction of this unit and it's well worth a spin.

The UAD recreation of the classic Roland Dimension D

You will find that some instruments will feature dedicated stereo unison effects. These will often have algorithms that filter out the effect on the lower frequencies, minimizing the smearing that can occur in the lows. These effects will also often split the voices of a synth up across the stereo spread, leaving a dry mono version in the center to retain clarity. The stereo unison on the Korg Polysix is an excellent example of this done well. 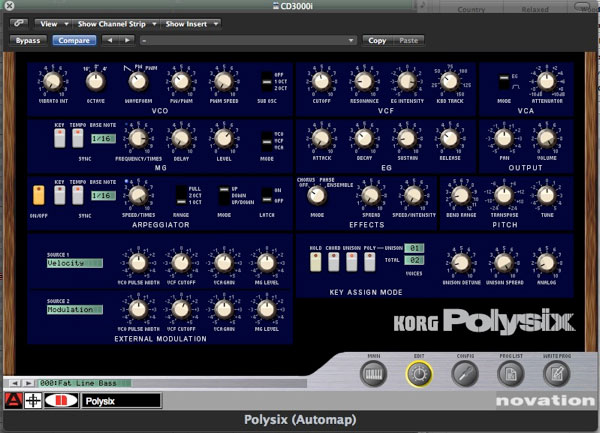