How to Create and Use .REX Files

A lot of DAWs allow the user to create tempo lockable grooves within their environment. These loops will change in tempo with our DAW’s master clock. This ability can be extremely useful for quick auditioning of new grooves or experimenting with different tempos in our projects.

The main problem here is that most applications use unique file formats that can only be loaded in the specific program you are using. In some cases, such as the Apple loops format, these files can even be dependent on a certain operating system.

If we want to use our locked grooves across the majority of applications we have to opt for a format that most DAWs will load. Although the .REX file format has been around for some time now, it is still arguably the best way of storing our tempo sync-able loops.

Let’s take a look at how they are created, and the ways they can be utilized within different applications.

When it comes to using .REX files you have a few choices. If you want to take the easy route you can access large collections of ready prepared .REX data using sample libraries. The vast majority of sample collections now have extensive .REX sections containing perfectly edited and ready to load into your favorite DAW or sample player. We’ll look at how in the following sections of this tutorial. 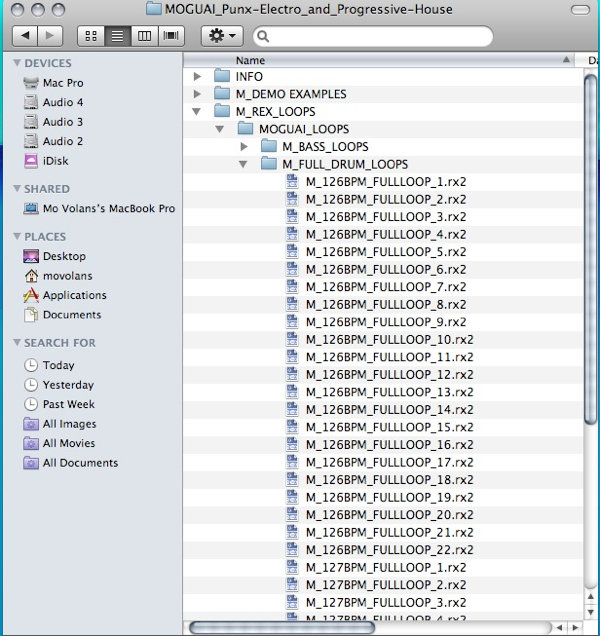 If you demand a little more control over your samples and want to use your own loops and grooves, then you will need Propellerhead’s ReCycle

to make your own .REX files. Although acquiring the application may require a small investment, it is well worth it if you are serious about your grooves and use more than one DAW.

The application itself has a really transparent one-window interface, with an easy learning curve. Once you grasp the concepts, the process of creating your own .REX loops can be mastered in one session. 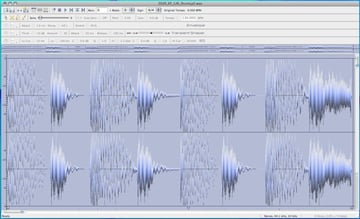 ReCycle works by adding handles or markers to the start of each transient event. With this in mind, it’s worth experimenting with loops that have clear percussive elements and obvious transients. Drum loops and percussion grooves are the obvious choice here and ReCycle will do an excellent job of adding new markers to these sounds.

The markers are easily added by turning up the sensitivity value using the clearly marked slider. This action will automatically add markers to increasingly more transients as you go. As the space between the markers represents a ’slice’ within the file you don’t want to go overboard. 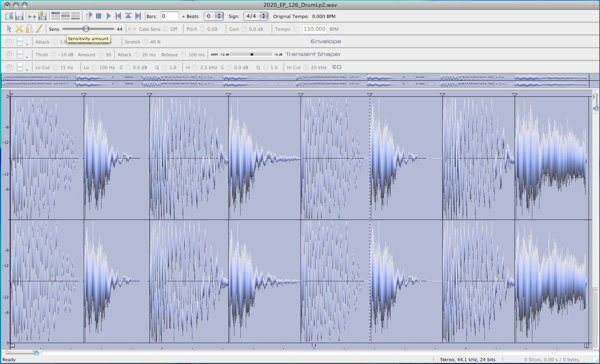 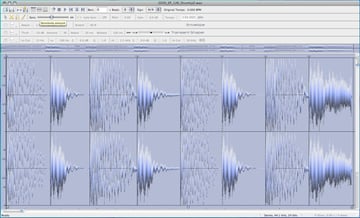 Initial markers are added by using the sensitivity control.

Once the slices you want have been marked, you are ready to move onto the next step. If you feel there are too many slices, or some hits in the loop were missed by the automatic process, they can be edited manually by changing to the draw tool. Each slice can be auditioned for greater accuracy here by right clicking in the appropriate space in the file.

It’s now simply a case of hitting the Preview Mode button, entering the correct number of bars in your loop, and its current BPM will be displayed. You can now change the loop’s speed and audition your sound at different tempos. 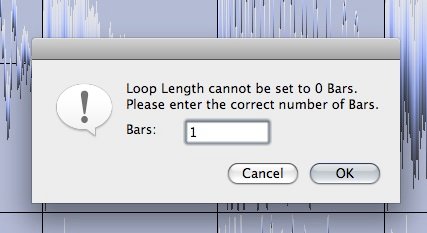 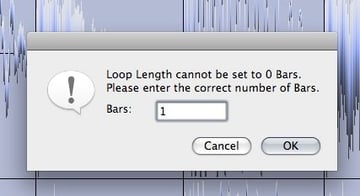 Entering the number of bars.

Previewing the loop at different tempos.

As ReCycle doesn’t actually use time stretching to achieve these changes in tempo, very realistic results can be achieved. The slices within a .REX file are actually moved around like interlocking plates. This is fine when moving to a higher tempo as the slices simply overlap and are played faster. When moving to slower speeds gaps can appear in the structure and these can become audible.

ReCycle combats this problem with the use of its ’stretch’ algorithm. This is not a traditional time stretch, but a method that uses a small portion of each slice, reverses it and adds it to the end of each section. This fills the gaps with similar material and produces a very acceptable result in most cases.

With this knowledge you should be able to produce and save a pretty tight .REX file. There are other areas and extra processing that can be achieved within ReCycle, and these will be covered in future tutorials.

Once you have some .REX files, you are ready to import them into different applications. Each DAW has its own way of dealing with .REX information, and it pays to become familiar with each one, or at least the one you use on a regular basis.

As Reason is built by Propellerhead (the same company as ReCycle) you would expect the integration of .REX files to be pretty tight. In fact there is actually a dedicated .REX file player called Dr.Rex. This really is an excellent instrument and not allows you to load .REX files, but also gives you the tools to completely transform them if you wish.

The Dr.Rex player has a straight forward but powerful synthesis engine, and the real beauty of it is that both of the envelopes clamp down on each slice independently. This can create some really interesting effects. There is also a sync-able LFO which can be routed to various destinations. 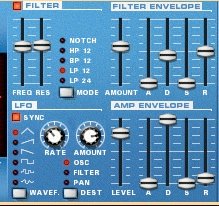 Once you loop is playing back in a way that you are happy with, a MIDI file to trigger the loop in exactly right order can be generated and easily assigned to a track in the Reason sequencer. It is also easy to export the same MIDI information to another sequencer in Reason via Rewire.

Opening .REX data in other DAWs is a slightly different process, and perhaps not as straight forward. But don’t worry - it’s not rocket-science either.

One thing to note is that to open .REX data in Cubase, Logic and many other DAWs, you will need Propellerhead’s ‘Rex Shared Library‘ installed. This is a free download.

With the shared library in place, both Cubase and Logic should be able to read and audition .REX files like any other audio. The real difference is when you actually import the audio. As .REX files are made up of slices, the DAW will often present you with a few options on how these slices are handled.

Logic for example will first display a dialogue stating that you are using a ReCycle file, and then a drop-down menu will present you with a number of choices. These include importing each slice onto separate tracks and rendering the file into an Apple loop. The latter is probably the most straight-forward, and will produce a consolidated, single file that will still change tempo with that of Logic’s master clock.

Another option is to import your .REX files into some sort of sampler or groove player. In Logic you can use the EXS24 sampler, and in Cubase 5 you can try Groove Agent. Working in this way is similar to using the Dr.Rex player in Reason, and gives you a different angle for working with straight audio conversions. MIDI files can be generated to drive these instruments, and the MIDI can be easily rearranged. 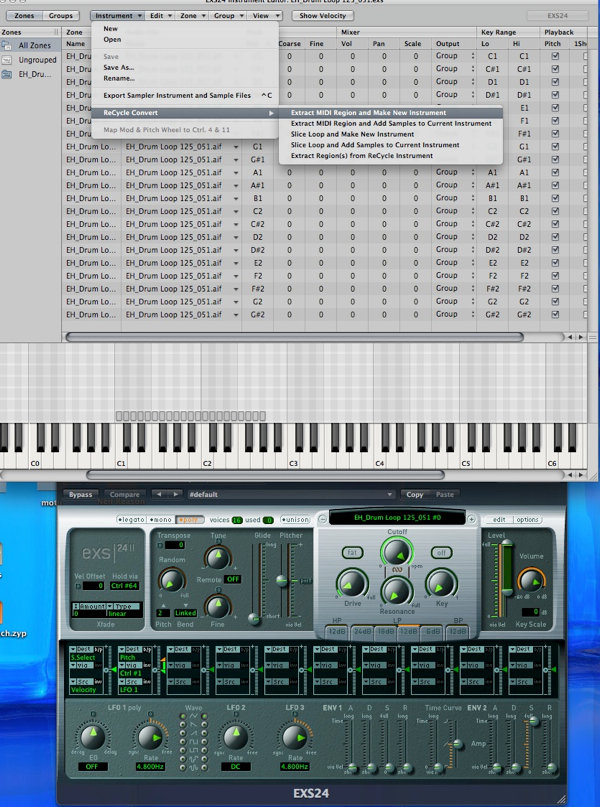 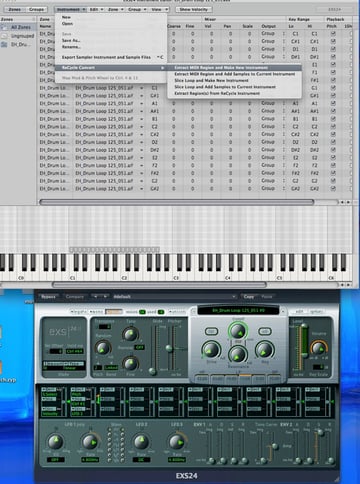 It is worth considering Logic 9’s new Flex tool and Audio Quantize features, as this route may be a good alternative to using .REX files. If you are lucky enough to have the new version you can certainly experiment to see which works best for you. I have Logic Pro 9 up and running here and will be covering these new features in my next batch of tutorials.

Ableton Live works perfectly with .REX files and will load them as it would any other audio file. The only real difference is the fact that the .REX files are immediately treated as warped / elastic audio, and will lock perfectly to your existing project’s elements and tempo.

Ableton Live treats .REX files in probably the most transparent and straight forward way, compared to all the other DAWs mentioned here. 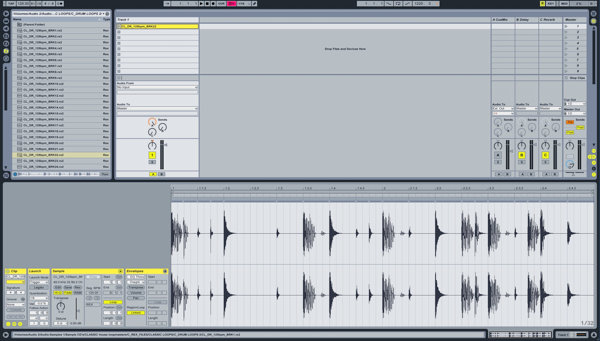