How to Design a Background Drone Sound

The drone is used throughout music and sound design as sonic bed or background upon which other sounds are laid. In the world of sound design, drones are often used to 'fill out' a scene, or to provide a sense of location. For example, if the scene occurs in a swamp you may have a background ambience that includes frogs, wind through the trees, splashes, etc. In this instance, the 'drone' would likely be the wind, with the rest of the layers as incidental sounds.

In some cases, an ambient drone is required that does not necessarily represent a 'real world' sound, but instead acts as a non-diegetic device that helps to add a particular flavor or emotion to a scene. This technique is commonly used in science fiction or horror scenes, to add suspense or a fantastical element to the soundtrack.

This tutorial will focus on one means of creating a non-diegetic, ambient drone. Keep in mind that this particular technique is not necessarily useful in all situations, and in some cases these types of drones are left to the composer, rather than the sound designer. Regardless, they are a fun an interesting way to experiment with sound.

The first thing we'll do is to locate some interesting source material, from which we'll craft our drones. We're going to use two sources: a wind instrument and an animal sound.

We'll use a Flute Sample from Logic's EXS24 sampler, along with a 'growl' sample, which I've grabbed from Freesound.org.

Next we'll render out a stereo version of our flute drone, played back at a low pitch. To do this, I create a new Software Instrument Track and load up the "Native American Flute" sample, using Logic's handy 'Library' browser. 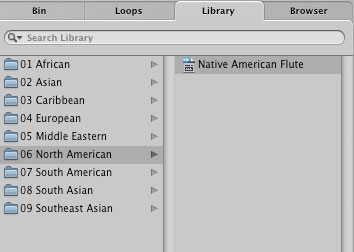 I draw (or play) in a note (I've chosen C4) that lasts about 15 seconds or so. I'll also bypass the built-in effects that Logic places on the sample - we will do our own post-processing later. 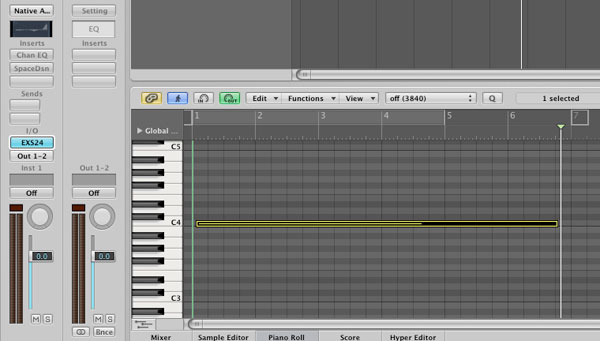 Finally, I'll bounce this track and add it to the Audio Bin, where I'll import it onto a new audio track.

Sound designer extra credit: If you own a whistle, flute, recorder, or some similiar wind instrument, record your own version of this sound, rather than using one from a sample library!

Next we'll edit this newly imported flute sample in our waveform editor. First, we'll create a backup copy of the file from the 'Audio File' menu in the 'Bin' view.

Next we'll use the Time and Pitch Machine in Logic's 'Factory' window to adjust the pitch of the sample.

Now we have a pitched down version of our flute sample. This is the base of our drone sound. 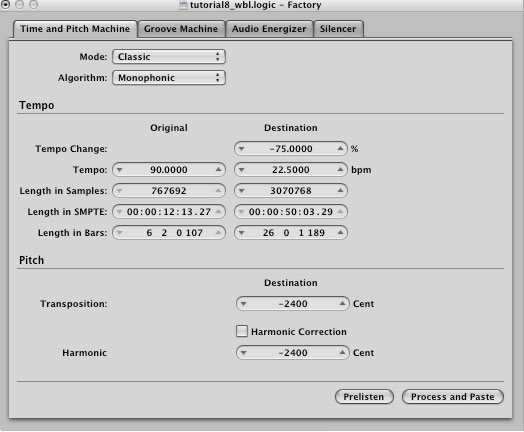 Moving on to the fun stuff, we'll now begin to animate our drone, using a variety of techniques. 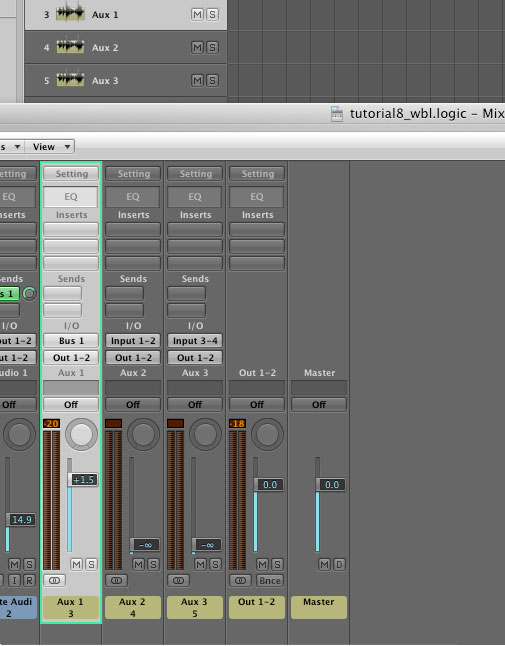 In the first Aux Channel, we'll add Logic's Tremolo Plugin to the first Insert, which will begin to give some movement to our Flute Sample.

In the second Aux Channel, we'll add a plugin from one of my favorite suites - SoundMagic Spectral by Michael Norris. This brilliant set of plugins offers a wide range of spectral processing in the form of AU plugins. I've elected to use the Spectral Bin Shift here, but you will definitely want to explore each of these plugs individually.

In our final Aux Channel, we'll add the Space Designer reverb. I've edited our 'growl' sample from above and used it as the IR Sample for Space Designer.

For our next step, we'll need to route some of our Flute track to each of the three Aux channels. In this case, I've chosen to route using pre-fader sends. A pre-fader send routes a signal to a Bus or Aux 'before' the sending channel's fader. The result is that you can pull the fader down, which effectively removes some or all of the dry signal from the mix. In Logic, this is accomplished by pressing and holding in the Send slot, then selecting 'Pre'. I route a rougly equal amount of signal to each of the three channels.

As I listen to the mix I've got so far, I decide that I'd like to add a bit more high-frequency content. To do this, I'll add the Clip Distortion plugin to our original flute track. I've also reduced the volume of the track by about 20dB. 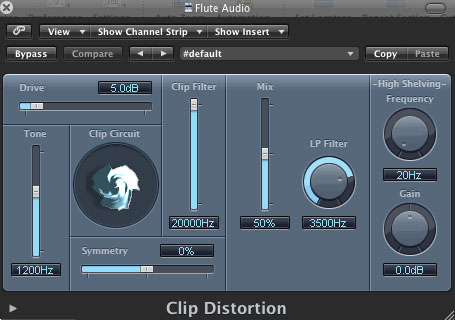 We're nearly done with our drone - so we'll just take a moment to automate a few settings on the plugins, which will help create a sense of motion for the final mix. 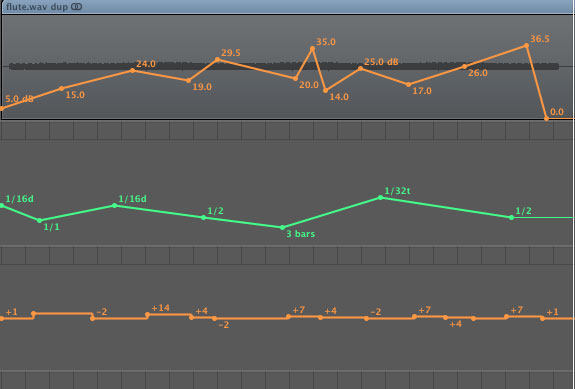 The result is a drone far removed from the simple flute from which it was born. Enjoy!