How to Introduce Variety In Your Basslines

Unless you frequently experiment with a wide variety of musical styles and genres, it can be easy to fall into musical habits or patterns that prevent your songs from sounding fresh - or worse - can cause many of your songs to sound the same. Overuse of simple on-beat or off-beat basslines is one way that artists might falter in crafting a more compelling or unique song. With this tutorial, I'd like to offer some suggestions and inspirations for introducing new variety and flavor into your basslines. By experimenting with a variety of styles and approaches, you can breathe new life into old tunes, as well as create new tunes built from exciting new foundations. 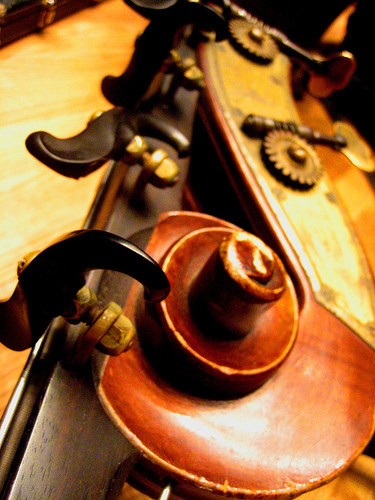 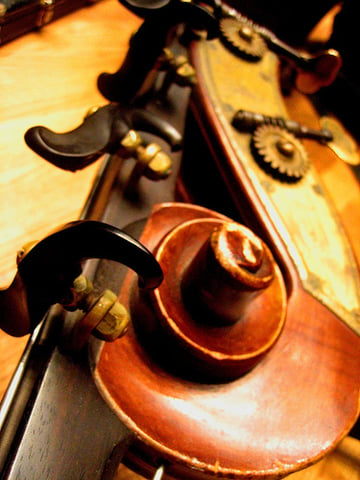 Author's Note: Because the nature of this tutorial is an overview, I'll be making some broad generalizations about what a bassline is, what it does, and how it is used in music. I understand that there is no formal definition for the term, so if you find yourself disagreeing with my statements, please take them with a grain of salt. I'm not attempting to paint anyone into a corner here, but rather give the readers a place to start. Once you know the basics, it is easier to bend and break the rules.

Before we begin looking at new ways to approach our basslines, let's first look at how basslines are commonly used, as well as dissect their core components.

Put in simple terms, a bassline is any musical line that resides predmoninantly in the audible bass frequencies - beginning at around 20Hz and going all the way up to the mid-range frequencies, perhaps near 5kHz. In terms of octaves, we typically hear basslines that range from, say, C1 to C4. While you can certainly have instruments outside of these ranges, for the most part, basslines will stay within these three octaves.

With notes residing in this frequency range, basslines typically act as the 'foundation' for a song. Typically, basslines will contain at least one of the three fundamental notes of whatever basic chord is being used at the time. In this way, basslines not only provide a low-end fullness, but they also give the song motion by implying or dictating chord progressions.

For demonstration, I've recorded a very simple (and familiar) chord progression using only piano and bass. The progression is a classic I-V-vi-IV, and the bassline perfectly mirrors the fundamental of each chord, but it does so in the lower octaves (G1 through D2).

To further support the sense of motion we get from the basslines work with chord structures, it is also important to examine the rhythm of basslines. Quite frequently, basslines fall directly in line with the basic tempo and time signature of a song. For example, in Pachelbel's Canon in D, the most often played bassline occurs every 2 beats (half note) on the down beat (1 and 3), and as suggested above, directly implies the chord progression being used. This is a very simple example of common bass usage, and you'll notice a striking similarity between this piece and our example from above.

A variation of Pachelbel's Canon in D.

Depending on the style of music, however, we may hear a bassline that is played on the offbeat, or some variation thereof. For example, frequently in trance and house music, the bassline falls on beats 2 and 4, making space for the kick drum which plays on beats 1 and 3.

One other technique that is often used in electronic music such as EBM, Industrial and Synthpop, is the use of basslines playing 8th or 16th note arpeggios. This technique can be heard in a wide variety of tunes, such as this one from VNV Nation (beginning around the 36 second mark).

These are just a few of the days rhythm plays a part in bassline execution. Let's now take a brief look at a few of these concepts in action to help your basslines shine.

Flip The Switch: On and Off Beats

One way you can experiment with adding variety with your basslines is to switch from using an on-beat to an offbeat (or vice-versa). If your tunes traditionally use basslines that fall on beats 1 and 3, experiment with alternating to beats 2 and 4 for various sections of the song, such as the bridge or chorus.

Here's an example of our original bassline using offbeats.

Note how the feeling of the tune has changed somewhat, even though the notes and chords are all identical.

Another good example of an off-beat bassline, as used frequently in Trance music, is Anjunabeats Volume 1 (Above and Beyond). The bassline comes in around 45 seconds.

Anujunabeats Volume 1 (Above and Beyond).

Notice how, over the course of the tune, the primary or strong notes of the bassline hit on the offbeats, but there are other ghost notes from the bassline arpeggio that play around it.

Another means of mixing up your basslines is to use longer, more sustained tones. Rather than having a bassline where the notes mirror the chord progression exactly, you may have a single note that carries over a longer period of time, while the other instruments in the arrangement display the chord progressiong. Here's our tune with a long, sustained, static bass note, rather than a progressing bassline.

This technique is particularly useful if you're using orchestral or more cinematic elements for your basslines. Long, sustained bass notes from a string section can add drama and tension. A good demonstration of this is Craig Armstrong's "Laura's Theme".

One more technique you can begin to explore in your basslines is to begin to introduce more jazz and funk elements. This can be particularly challenging if you're not trained on a bass instrument, such as the bass guitar. Even so, forcing yourself to stretch and incorporate some new elements can keep your music from getting stale.

Here's an example of our chord progression with a more interesting bassline.

There are many other examples of how jazz and funk bass elements can help spice up a track, so here are a few:

Seal's "Prayer For the Dying".

These are good examples of how adding just a little more style and flavor to the bassline of a pop tune can add dimension and depth. There are obviously numerous other examples.

We've only scratched the surface of how variations in your basslines can fundamentally change the feel of your songs. As always, I encourage you to experiment with these techniques and others, and come back with questions or examples of how you've sucessfully incorporated them into your workflow.