How to Layer Sequences to Create Depth and Pace

Most of us use MIDI sequences in our projects at some point in the production process. Even when you find the perfect pattern that really compliments your other parts, you can still be left wanting. Even with extra processing and effects a simple pattern can sometimes sound a little dry and clinical.

The answer often doesn't lie in reprogramming the sequence or using heavy effects processing. A more simple approach can be using one or two extra synths layered with your original pattern. This can add depth and pace to the whole piece and often make the part more exciting.

Lets take a look at the entire process, from recording the original part right through to mixing the layered sounds into your existing project.

For this tutorial I have constructed a basic loop, that includes drums, bass and few effects. This is the bare bones that I will flesh out with our MIDI sequences.

I have supplied the Logic Pro project file in the download pack, so you can take a closer look at what's going on. You will need Fabfilter's plug-in pack installed, if you don't have this you can get a fully functional 30 day demo here.

An overview of the original loop used.

To get the ball rolling I loaded a really basic patch into Fabfilter's Twin 2 soft synth. I then played a very basic pattern and recorded the result into Logic. I ensured there weren't too many overlapping notes and everything was in key. 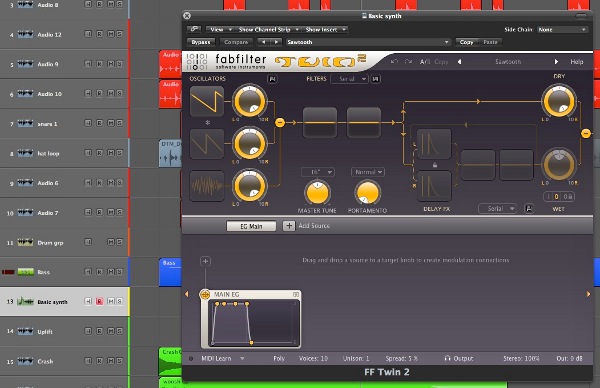 As you would expect the sequence sounded a bit dry at this point and fell a little bit flat when everything was played in unison. Although I was happy enough with it musically, something had to be done to bring things up to speed!

Before I started to layer some extra sounds i wanted to get this first patch sounding its best. I started by applying some basic quantisation to the sequence. Although the original recording wasn't too far off this just brought the whole thing into line and tidied up a few mistakes.

The sequence with quantise applied.

I then started to look at the actual synth patch and made some adjustments that gave the sound a little more character. I added some resonance to the low pass filter and modulated it with a fast envelope generator to add some acid squelch. Other touches added at this point included some stereo unison and a touch of the synths internal delay effect. 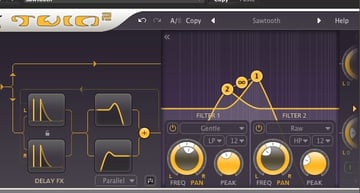 The synth with some delay applied:

Already these alterations made a huge difference to how the synth sequence sat in the mix but some extra work was needed to get the most out of the pattern.

The synth part in the mix.

The single layered synth part in the mix:

To add some pace and movement to the sequence its sometimes a good idea to use tempo synced patches or arpeggiated sounds. Often the patterns created by using your original MIDI with this type of sound will fill out a track and impart a decent amount of energy.

In this case I simply copied the MIDI part to a new track and instantiated a new Fabfilter Twin 2 synth. You'll notice the copied part is named in italics. This simply means it is an alias or ghost copy. The advantage of this copying method is that any edits made to the original part will be reflected in the copies. This feature is available on most DAWs.

The MIDI part copied as an alias.

Once the part was copied it was tranposed down an octave and then a new arpeggiated patch was loaded in Twin 2. The new part is tempo synced so any extra notes that are added are locked perfectly with the whole project. This part really adds an extra dimension to the whole sequence and can be easily mixed to the required level, even a small amount will add body and depth. 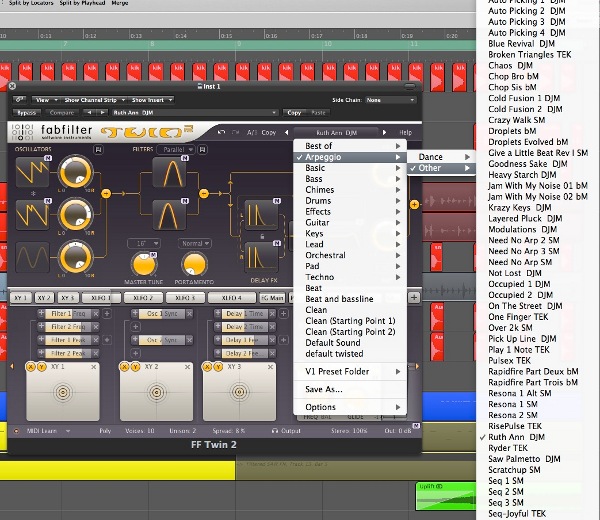 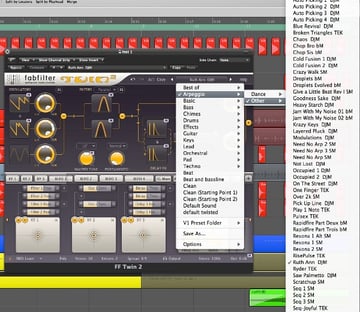 The new Fabfilter twin patch used for the second layer.

The two layers together:

If you feel your pattern needs even more spice you can add another layer, in fact you can add as many layers as you like! It's really just a case of repeating the last step and creating more instruments for the new MIDI to trigger.

I often find that a layer containing an instrument that is in direct contrast to the original can work very well. For an example I have used Logic's 'Sculpture' physical modelling synth to add a bell / chime patch to the mix. It adds an ethereal haunting quality and works pretty well.

All layers playing in the mix: