How To Make Epic Electronic Beats

On the most part electronic beats are pretty straight forward. Most of the work lies in processing and programming variations. A lot of my students often ask how to make their beats sound more epic, so I thought I’d share a few useful mixing and editing tips with you.

In this tutorial we’ll take a look at how to use routing and layering to add accent and impact to some Dubstep style snare hits. The aim of the game is to give each hit a unique sound and make the whole beat larger than life.

I’m using Logic here and pre-programmed loops and samples to demonstrate the technique but you really can use any DAW or similar plug-ins here. Of course it should also go without saying that this technique can be used in conjunction with any style of electronic music.

Step 1 - Identifying The Hits To Process

The first job is to identify the parts of your beat you want to enhance. I’ll be working on the snares here and as the loop I’m using is pretty simple it was a nice easy task to pick them out. Of course you could home in on any element in your drum pattern, this is all about making things stand out, so pick key percussion parts.

The untreated loop playing back

If you are using an audio part like me then separating the chosen sections is simply a case of cutting the part up. Make sure you make the trims nice and accurate as we don’t really want to be processing any unwanted sections.

The snares are trimmed

If you are using a MIDI pattern the process should be equally straight forward. Try to extract the chosen MIDI parts and place them on a new track, this way they can be easily edited and played in isolation. If you prefer you could bounce the part to audio and edit it in the same way I have.

With the selected parts cut we are now ready to start distributing them across new channels/tracks for processing and tweaking.

Now make a few new audio channels. We are going to put the snares on one of these. The other channel is simply for alternative versions and extra edits. You might want to make a few more if you intend to get busy here or if you are particularly fond of editing! 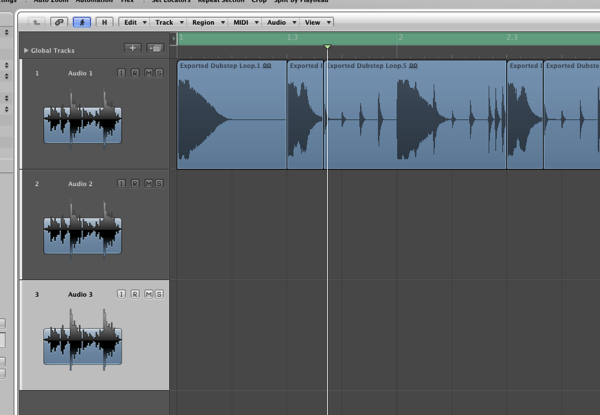 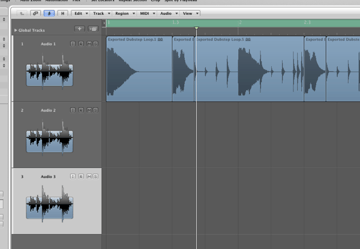 Make sure the mix is good at this point by adjusting the level of the snare to match the rest of the drum pattern. If you had any processing on your beat you can either feed the snare through a group and apply your processing there or alternatively export your processed sound and edit that. I used the latter method here.

The snares are placed on the new track

With my loop edited, mixed and playing back nicely we can now apply the processing which will enhance the new parts.

The first move here is pretty simple but extremely effective and it involves adding a heavy dose of the right reverb to a few of the newly edited hits. This simple move can bring any electronic beat to life. It’s straight forward but scarily effective.

This can be achieved by using automation on the main loop but due to the fact we have routed the snares to their own channels simply applying an insert effect is enough to to get the job done.

Even though you might not use this effect throughout your whole track you should try and use the best reverb you have on your system. I opted for a Lexicon PCM plug-in as I felt that as I was processing the snare the absolute best quality was needed. 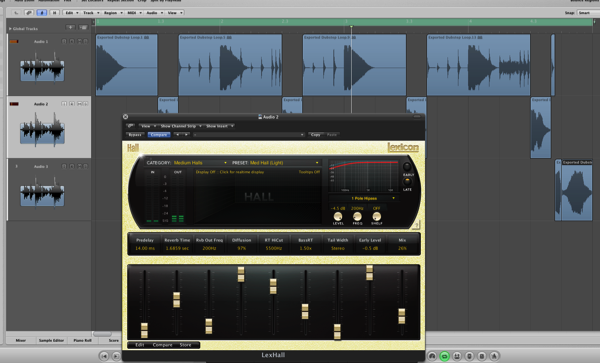 The snares are treated with the Lexicon PCM verb

The size and type of the reverb you use is totally up to you. As the beat I was treating had quite a bit of space I used a medium hall. This works well in Dubstep or breaks where a truly epic sound is needed but for more minimal styles you might want to tone things down and go for a shorter effect.

The snares with added reverb

Next up I added a few more audio tracks and moved anything that wasn’t a main snare hit. This gave me freedom to process these sounds with new effects. For example there is a small fill sound that I felt would be enhanced by some modulation based effects. 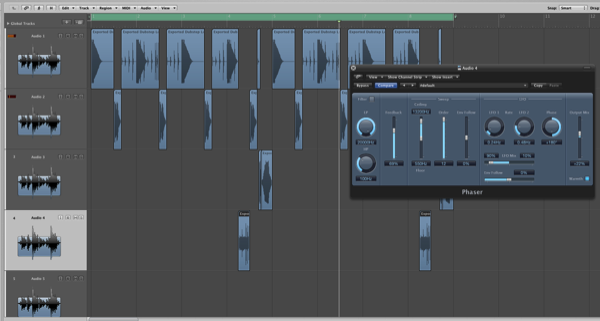 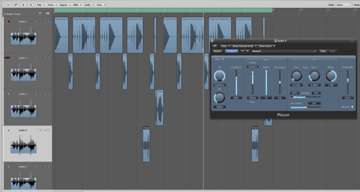 Logic’s basic phaser was used to bring this out of the mix and give it some character and width. I followed this up by adding a high pass filtered delay effect to the snare fills. Ohmboyz was used for this particular section. 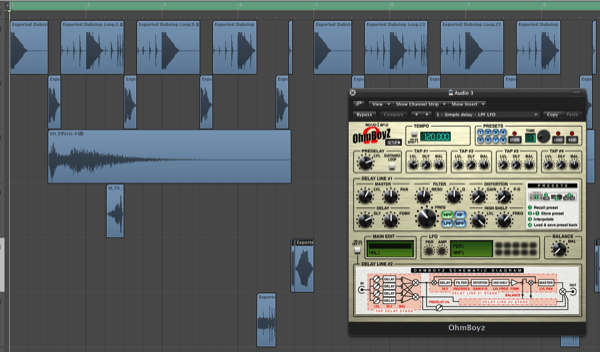 Ohmboyz in action on the snare fill

The phaser and delay are in place

These small touches are subtle but they add up to something that is more than the sum of its parts. I find that spending and hour treating individual parts like this can really pay off and result in pretty impressive results.

Finally I decided that a few samples might work nicely and fill out the loop a little. I layered a pretty large synth effect sample over the first snare of the loop. This resulted in an even more epic feel.

The next snare was preceded by a reverse effect that followed up the epic hit pretty nicely. It has to be noted I experimented with around 100 samples in these and similar positions before finding the ones that worked for me… so keep searching and if you don't find the right sound, synthesise your own!

The final touch here was to feed the whole thing through some basic group/mastering processing. I love the sound of tape saturation so I used the Waves Kramer tape plug and this was followed by a Sonnox limiter. This section is down to personal taste but I just love the over the top crunch sound these two processors produce. 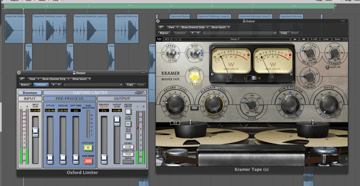 A few basic group processors are used for extra punch

Hope this has helped give you an insight into one way you can add some extra size to your electronic beats. If you love that epic larger than life sound this is one route you can take… enjoy!