How to Mix a Lonely Accordion

I've spent a great deal of time and words giving out pointers on how to mix the traditional instruments such as guitars, bass and drums. Mixing this up a bit, no pun intended, I've decided to give you a few pointers on mixing unusual instruments such as the accordion. With new Americana or roots music on the rise, with artists such as Mumford and Sons, it's nice to be able to tackle folky instruments when they walk through the doors of your studio.

We'll look at the traditional process of mixing an instrument, but since we're dealing with an instrument we usually don't come across, we'll need to look at it just a little bit differently. I wanted to give this accordion a sort of lonely sound, playing in the distance but not out of reach. Kind of like that Simpsons episode when Lisa first meets “Bleedin' Gums” Murphy playing saxophone in the distance. To accomplish this we'll use some echo and reverb to make lonely accordion sound.

This is the audio we'll be working with. It's very raw, close and in your face.

Just like anything else, I want to add some compression to even out the peaks and fatten it up. I'm not compressing it a lot. Just a few dBs of gain reduction with a low ratio of 2:1 and a medium attack. The accordion jumps out a few times in the raw audio and we want to control those peaks. 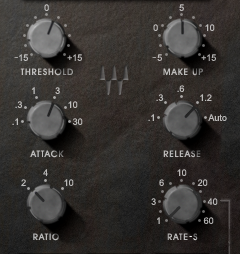 Using these settings we've controlled the peaks and fattened up the audio a tiny bit. Mission accomplished so far.

Normally, you can look up in any reference book where so and so's frequencies are. There are whole lists of EQ setting where you can look at any given instrument and it will say something like, “to reduce boxiness cut at ### Hz” or, “fatten the guitar up by adding 240 Hz.” But what do you do when you're not really sure of the frequency information in a new instrument? Sure, you can do it by ear and just experiment, especially if you are more or less knowledgable of what the frequency ranges sound like. 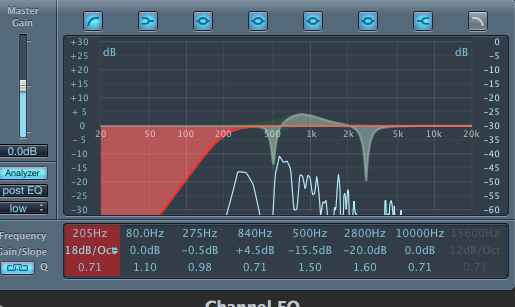 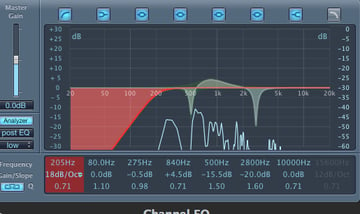 Turning to EQ, I did some adjustments to the accordion. I usually try to find frequencies I don't like by boosting them all the way up and then cutting them when they pop out; a technique I used twice in this case. I also filtered out the low end, since I didn't want it competing with any of low end instruments. You'll hear this later when we put the rest of the instruments into the mix. Additionally, I boosted the accordion in the 800's. I wanted a thicker sound and I found that a boost there thickened up the mids of the accordion, rounding out the sound.

Hear what we've got so far:

Now that we've got the accordion sounding like we want it to, we need to sprinkle it with space and effects to make it stand out. Subtle and creative use of effects are great to make things sound interesting. In our case we'll be using echo and reverb to create the space we want around our instrumen.

Using a send, I've added a 1/16th note echo to the sound. Fiddling with the parameters I've come up with a sound that's decent. It has that echo sound I want, but it's a little too close sounding. We'll fix that at a later stage.

Sounds good, but it's maybe a little echoey. Not quite the lonely feel we're after.

To make the sound of the echo a bit softer I've set up a reverb after the echo on the effects channel. It kind of works like a pre-delay but there are more reflections that we need to soften from the echo than if we were only using a pre-delayed reverb.

I just slapped on a simple reverb from Logic, the PlatinumVerb plug-in. This is a medium sized reverb that works well to soften the reflections from the echo. 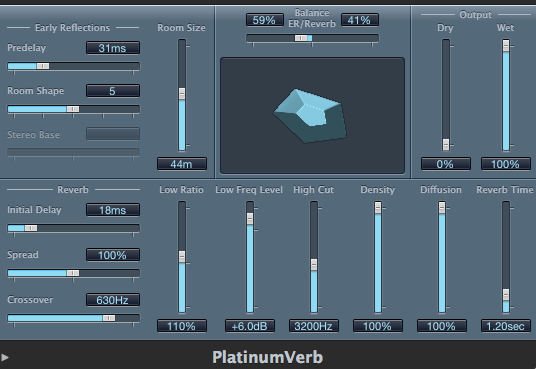 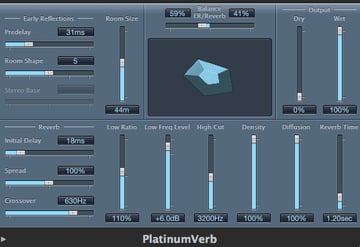 It's definitely a different sound now, with the reverb making those echoes sound a little bit further away, creating that lonely feeling I'm looking for.

Now, the final thing to do is to send both the effects channel and the original sound to a master reverb. I'm using a single reverb for most of the instruments. I do this to give the impression that they are all playing in the same room. I touched upon this technique in How the Hell do I Use Reverb Anyway!?! as it's a very effective technique for gluing everything together.

With both the original and echoed channel sent to a master reverb we end up with the final result.

I think it blends really nicely with the rest of the mix. It's not heavily drenched with reverb, but we've still managed to push it away to lonely land. By using subtle echoes and reverbs it's easy to create an effect such as this.

What do you guys think? Any questions, or further observations are welcome in the comments. Have you been using similar tricks in your mixes?