How to Pump Up Your Drums Using Reason's Scream 4

Reason 4 has some great instruments and processors. Even if it’s not your main DAW, it’s a wise move to check it out and use it as a Rewire slave.

Scream 4 is one of the standout plug-ins in Reason’s arsenal and can create some really extreme distortion and saturation effects. One of its lesser known modes is the tape compression setting, this can work wonders on just about any sound but really shines on drums.

Step 1 - Getting the Drums Out of Your DAW

Although it’s certainly not the ideal situation, you can get your drum track from Logic playing back quite happily in Reason and synced with the existing project. It’s simply a case of exporting your drums and converting them to .REX files. 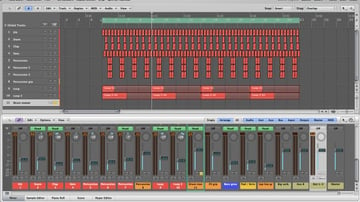 For me this is often worth the work as there really aren’t that many good tape compression plug-ins out there, and the algorithm in Scream 4 often delivers exactly the right sound. I used this method in a recent remix. I’m really happy with the result, and it actually didn’t take too long too complete. When cleared by the record label I’ll post a clip in the comments. 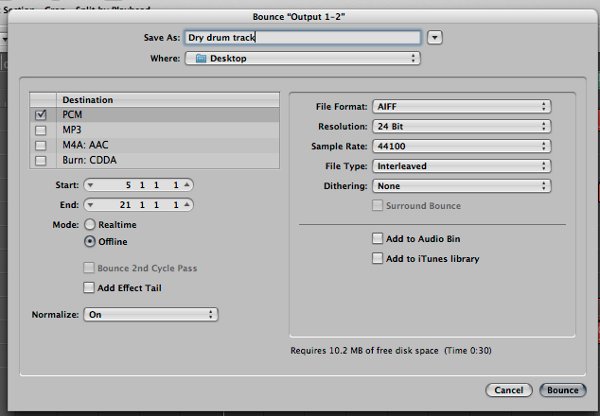 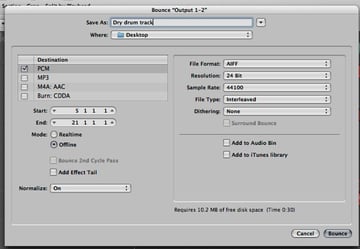 If your drums change over time your might want to export the mixed drum track in sections, this will make it easier to process into .REX files. To save time I won’t go through the process of creating the .REX files but if you have Recycle you should be pretty well versed in this. If not you can simply use the well edited raw .wavs or .aif files here. 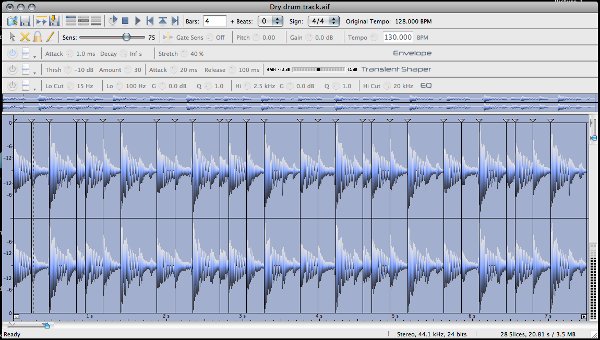 Converting to .REX files in Recycle 2.1

At this point you can open Reason (which will automatically assume slave mode) and import your new .REX files into the Dr.Rex loop player or NN-XT sampler. If you are using raw audio files simply use one of the Reason samplers. 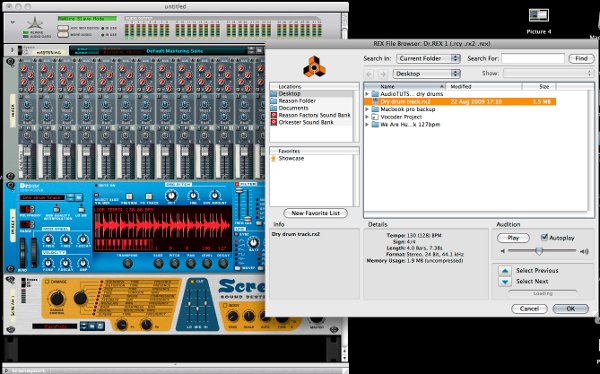 If you have split your drums into several files, simply use multiple Dr.Rex players. In this example I have used the drums from another tutorial project and simply used one looped section.

If you are using multiple Dr.Rex’s it can be a good idea to either add them to a combinator, or route them all through a sub mixer and insert the Scream 4 unit across the master output. This way you only have deal with one effect for all the drum parts. If you need to go down this route your rack and routing may look something like this… Step 3 - Setting Up Your DAW

Although you can switch the Scream 4 to tape mode, it is likely you won’t be able to hear anything at this point. We still need to set up the audio and MIDI routing between Reason and our DAW. As I have previously written a tutorial on this process I wont dwell on this for too long.

Export the MIDI from the Dr.Rex player and import it to a MIDI track in your DAW. At this point you may need to match the multiple MIDI files to your drum arrangement. If you have worked in sections, color coding them may help you rebuild them in the correct order. 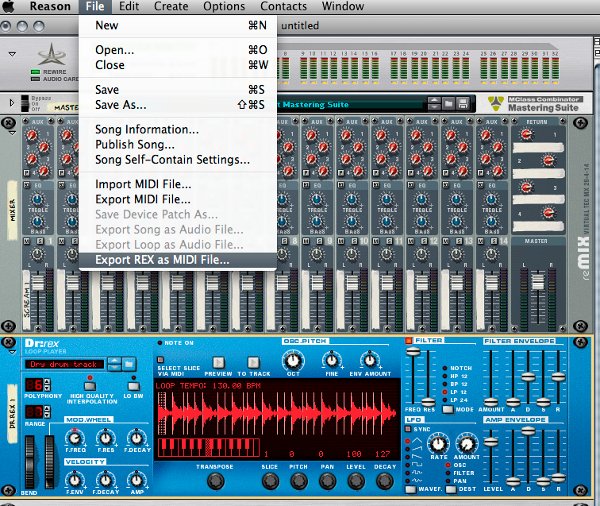 Exporting MIDI from the Dr.Rex player

Now route the MIDI and audio to and from Reason from your DAW. This method varies from app to app, but in Logic it is simply a case of creating an external MIDI channel and a new auxiliary channel on the mixer for incoming audio. 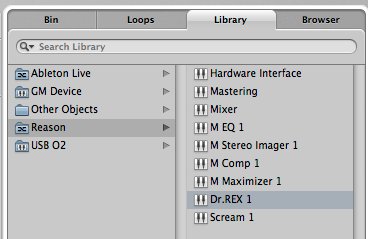 Routing the MIDI from Logic to Reason 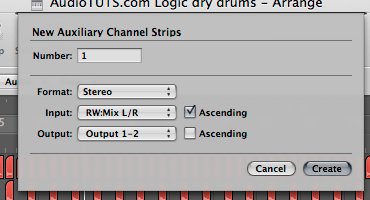 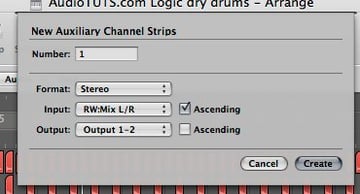 Reason audio being fed into the Logic mixer

Now with your final drum track playing back in Reason, bypass the Scream 4 to check everything is working. It should sound exactly the same as it did when it was in audio form. Now engage the Scream 4 and start to turn up the tape effect. 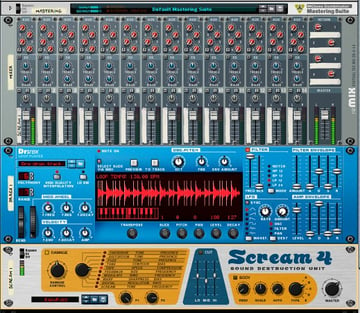 The Scream 4 in action

You should really hear the drums come to life. Small amounts of the compression parameter will impart a basic warmth and squeeze, whereas higher intensity settings will actually edge towards saturation and then distortion. The speed emulates a tape machine running at higher and lower speeds. This tends to increase or decrease resolution and brightness, for this example I left it at full tilt.

The drums treated by the Scream 4 tape compression

I have also used this technique with synth lines, vocal edits, fx and sampled grooves that resided in my DAW with great results. The over-processed, high-pressure sound reeks of the French house scene, and can be just the ticket when mixing dance tracks or anything that needs a bit of extra attitude.

Step 5 - Returning to the DAW

As this technique preserves the timing and groove of your original drum track, there is nothing stopping you exporting the audio from Reason back into a track in your DAW . You can then replace the original drum tracks with your tape treated versions. You can even mix a little of the dry drums back in to create a parallel mix buss.

The treated audio reimported back in to Logic

This is not the quickest way to process your audio, but until a really great, native tape plug-in comes along this maybe our best option to get ‘that’ sound. Of course there are alternatives, you can check my tutorial on saturation for some other options but most of them emulate tubes and saturated hardware as opposed to actual tape compression.

If you are lucky enough to own Propellerhead’s Record then you can import the audio tracks directly into it and run it as a slave. Your Reason devices will show up in Record’s rack and this will save you a considerable amount of time. For those of you who own Record or are interested in seeing it in action I will be writing a few tutorials with it soon.