How to Read Loudness Meters

It's no wonder there is much confusion on the web with the subject of loudness meters and the acronyms associated with them. They are are all in fact supposed to do the same job; that is, indicate a level of loudness.

The loudness war has been a hot topic over recent years, especially with mastering engineers. The loudness war, however, is ending. This is due to digital music services such as Spotify that has recently reduced the playback volume to -14 LUFS.

In this tutorial, I'll explain the meaning of LUFS and some other important meter readings, including:

A peak meter is often the one we're first introduced to. A peak meter instantly indicates the level of the audio passing through it in dB (decibels). Audio above 0.0dB will often result in clipping.

A true peak meter indicates the peak that occurs once the signal is converted from analogue to digital. These are known as inter-sample peaks, that are often higher than peak volume (around 0.3db higher).

This is why mastering engineers often ensure that no peaks are created above -0.3dB so as to avoid clipping when the signal is converted from analogue to digital.

dB is the acronym for decibels, while dBFS stands for decibels full scale. Both are used for measuring peaks. The term full scale is not used when indicating the difference between two measurements. For example, -20dBFS and -15dBFS is a difference of 5dB.

This is the distance from the average peak to the highest peak. For example, if a song has an RMS of -14dBFS, it peaks at -1dBFS, it would have a crest factor of 13dB.

DR, or, dynamic range, is the difference between the loudest (highest RMS value) and the quietest (lowest RMS value).

The K-System was introduced by Bob Katz in an attempt to standardise levels to overcome the loudness war. The K-System is an RMS meter that displays a target level that is displayed as 0.0dB. There are three different scales:

If you play a constant sine wave that is registering -2dBFS on a K14-meter for example, this would give you 16dB worth of headroom.

Headroom is the distance from peak to 0.0db.

LUFS is the new standard for measuring loudness and considered the most accurate. LUFS standards for Loudness Units Full Scale.

There are three types of LUFS readings:

LUFS momentary gives the current loudness level just like RMS. The difference, however, is that the LUFS takes into account the Fletcher-Muson Curve by applying a slight high-frequency boost giving a reading more suited to humans then computers.

The one with the louder high-end will be louder. LUFS recognises this and compensates for it.

Short-term is an accumulation of 3 seconds that represents the average loudness level within that time.

For example, using LUFS integrated for a song that has 4m of quiet audio and 30s of ear piecing volume, and then trying to match that meter reading with audio which has 4m and 30s of uninterrupted loudness is just pointless.

My tip would be to meter 20s of the loudest section and 20s of the quietest to give a more workable reading for comparison.

Loudness meters should act as reassurance, like asking a friend, and should never take place of the ear.

Try importing a few songs into a digital audio workstation and loudness matching them with your ear. Check your judgment against a LUFS reading. Consider the accuracy of your ear. Or maybe the consideration should be the accuracy of the meter. 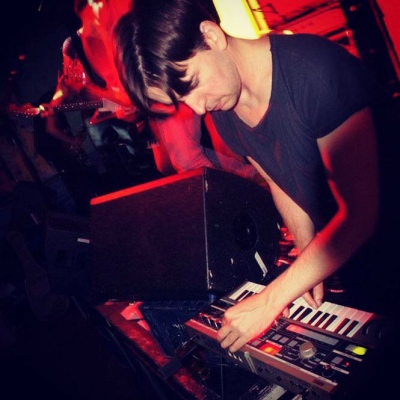