How to Record and Mix Stereo Backing Vocals - Part 1

Recording backing vocals in stereo has been a tried and tested technique for years. Some of the greatest singers have done it – Michael Jackson, Marti Pellow (Wet Wet Wet), Mick Hucknell (Simply Red), Seal, Madonna, Christina Aguilera – and they've done it well. But how do you get that layered, wall-of-sound backing vocals without clouding the lead? How do you choose how many and which ones to do? Read on…

I chose to record an acoustic version of Liberian Girl by Michael Jackson.

Listen to the whole thing, here:

Getting separation from the lead and backing vocals can begin long before the mixing stage. If you record them in a different way it can offer different textures.

For this song, a valve preamp was used on the lead vocals to give it more definition whereas a non-valve preamp captured the backing vocals. You could also try using a different microphone to add another colour. 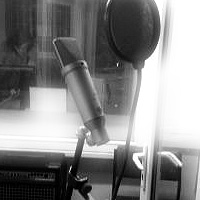 Deciding which backing vocals to record can be difficult, so try starting with the obvious ones first to get the track moving. Simple harmonies on a chorus is a good place to start. Record a scratch track with the backing vocal panned in the centre first, just to see if they work.

Try doing different ones on each chorus to test them out. Don't worry about the performances too much for now - whether it's you doing the singing or someone else, it's best to get the person warmed up, both vocally and creatively!

Once you've got some ideas it's time to start getting some good performances down. With every harmony you record - octave, fifth etc - always record another one exactly the same, for the stereo effect. It's important that they are the same otherwise it can sound unfinished and rough. They must sound focused to make them powerful.

TIP: When you're recording the second stereo vocal, mute the original one first. Let the vocalist pitch to the lead vocal to keep in tune. If one backing vocal is slightly off key and they pitch to that one, it can create a knock-on effect and gradually cause the whole thing to sound out of tune.

Record more vocals!! In order to create the aforementioned wall-of-sound there needs to be a lot of vocals. The choruses only had two different harmonies - one high, falsetto octave and one a fifth below - but they were crafted exactly to the lead.

The end section has a massive amount of harmonies; some high, some low and some not quite following the lead vocals. Two harmonies were simply moving with the chord changes. This adds texture to the sound and helps to glue it all together. 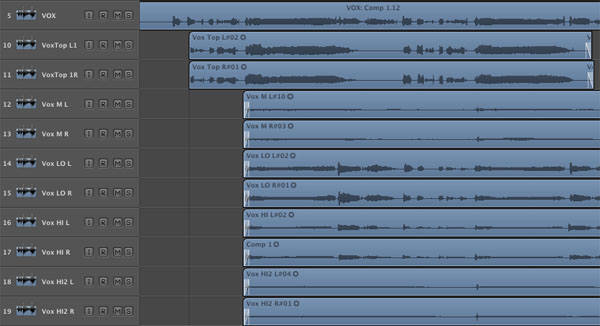 TIP: Don't do any mixing yet. If you can make the piece sound strong in it's rawest form then from here you can only improve.

Pan all your backing vocals left and right and check that they all work. Hearing them in stereo will really show up any discrepancies. Remember, they need to be tight.

Clear up your work. Top and tail all the parts and get rid of any unwanted audio. You don't want to hear the vocalist moving around waiting for his place to sing, or have an annoying click track, because with this many tracks the noise will accumulate drastically.

Fade the beginnings and ends of parts if necessary.

Pan the backing vocals around the stereo field. You don't want everything hard left or hard right, they need to be spread around and each giving their own space.

There is no real rule for where to pan them, but itís important to get them out of the way of the lead. The lower, more bass-heavy parts can be panned further out, most of the tone should come from the lead vocal so it shouldn't be clouded by similar or potentially fuller vocals. 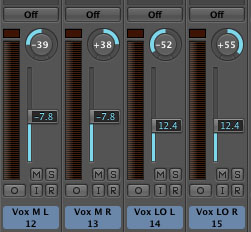 This part is very important and can really give your tracks the separation they need. Always being with the lead vocal then work on the backing vocals around it.

With these parts you can be much more brutal than with the lead. Firstly, take a high-pass filter to each one but don't use the same amount on each part.

Where there are two similar parts - the falsetto ones, for example - one has a HPF set to around 95Hz whereas the other goes all the way up to 164Hz. This ensures they don't blur into each other.

From each vocal, take a little away around 500Hz. Remember we added this to the lead vocal earlier? Taking it away on the backing vocals will allow the lead to cut through more as the other vocals have been pulled back. 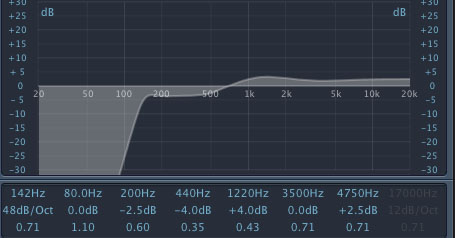 Try being more brutal to the other parts to push them out of the way. One high part (chest voice this time) has a HPF at around 250Hz, cutting out a lot of the bass. This part was very similar to the lead vocal, so again, needed to be nudged out of the way.

The low part has a similar HPF, around 200Hz, but also has an added lift from a high shelf around 4-5kHz. With these parts being panned out so far, they can get away with having a little more presence than the ones closer to the centre.

TIP: Subtract first. Instead of boasting a frequency to improve the sound, try taking out an unwanted frequency to free up the space.

To keep the vocals consistent and strong a compressor with a low threshold should be used, thus compressing most of the signal and keeping it up front ñ around -14. A ratio of around 3:1 or 4:1 will do to control the sound but if the vocalist is very inconsistent, a higher ratio will help to smooth it out.

This can be subjective and, of course, dependent on how good the singer is. Generally, I would advise against tuning the parts. This will allow for a thicker texture due to the natural chorusing being created. Some parts might sound a little off in isolation but together often sound great. Remember, nobody is going to hear these parts in isolation anyway!

Hear the example below showing each part coming in, one by one. Notice how much better it sounds altogether.

I hope that gives you a few more ideas when it comes to recording/producing your backing vocals. Not all songs warrant layered tracks as vast as this, but it's often handy to try some low down in the mix to add a touch of texture.

James Arter
James Arter is a song-writer, producer, and multi-instrumentalist. He holds a First Class BA (hons) degree in Music Technology, at the London College of Music, and produces his own music as well as others. He fronts a band called DiceJar and is also part of the music production duo, Happy Bunny // Poison Peanut.
Weekly email summary