In this tutorial I'll explain some easy steps to take in order to capture a professional vocal recording.

If the listener can't engage and connect emotionally, you'll lose them right away.

The good news is that it's really not that hard to capture great vocals and iIf you have a good singer then the job is even easier.

You don't necessarily need expensive gear; always keep the mindset that "it's not the gear, its the ear."

A good engineer can make a good recording on budget gear. It's his or her knowledge that dictates the quality of the recording.

If your are an absolute beginner, here's a list of essential gear you need to get started, and the how to part of recording vocals is just a little later in this tutorial.

No doubt you already have a computer and, luckily, most computers these
days have way more than enough processing power to record music.

One tip is to configure the computer with as much RAM (memory) as possible to optimise its performance.

As long as you're not trying to record an eight-piece band with a live accompanying orchestra then a typical PC or Mac should be able to handle the recording needs.

No need to break the bank here.

A DAW is a Digital Audio Workstation. This is the software in which you record all the audio. It's an application that is installed on the computer and there are many different available DAWs.

Almost all of them are great.

If you have an Apple Macintosh then you probably have the free software Garage Band.

Use that if you're just starting out. Alternatively, pick a DAW that fits your budget and needs and go for it.

This is what you plug a mic cable into, and it delivers the recording into the computer and DAW via a USB, Firewire, or Thunderbolt cable.

It's the middle-man between you and the computer. It's a music recording broker you could say.

You can get away with a two-channel audio interface, for less than $150, if you're just starting out.

Any typical mic stand will do and you'll need an XLR mic cable that runs from the mic to the audio interface.

Although some gear snobs will tell you otherwise, I don't think the microphone is that important. You probably want to use a large diaphragm condenser mic for vocals, but you can get a way with a dynamic microphone as well.

I've conducted a mic shoot-out on my voice with six different mics. The most expensive being a classic U47 at $3k, and the least, a couple of $100 mics. And the one that performed best on my vocals was a $100 Audio-Technica AT2020.

The Telefunken U47 is a GREAT mic but it wasn't the best, in my opinion, for my vocal.

If you have the option and mics to do a mic shoot out for your vocal, then by all means do so and pick the best one that matches your vocal.

Don't pick one because the price tag is bigger, pick one based on how your vocal sounds.

If all you have is one mic, don't worry because you will typically add EQ, compression, and effects later on anyway to make the vocal recording sound a little better.

Essentially, make the best use of what you have.

If you've ever wondered about that circular thing in front of a microphone that's between the singer and the mic, that's the pop filter.

What this does is keep the air plosives from hitting the mic and causing unwanted sounds.

When you sing words that start with P or T, for example, you'll tend to push more air out of your mouth than usual causing the burst of air to hit the microphone.

This doesn't sound good on a vocal recording and the pop filter helps eliminate this problem.

You'll want headphones so you can hear the music you're singing to but that the mic won't pick up the music in the vocal recording.

Sometimes a loud headphone mix will bleed over into the mic though it's typically so quiet that it's not noticeable in the mix.

I like positioning the singer about 8-12 inches away from the mic. This does a few helpful things for a professional vocal recording.

Doing this helps to tame the proximity effect of being to close to the mic. Being right up on the mic will make a voice sound way to boomy and bass heavy. It short, it sounds unnatural.

Backing away from the mic captures a more natural tone of the singer.

It also helps to even out the dynamic of a vocal recording.

A human vocal is one of the most dynamic instruments you can record. It can go from super quiet to screaming loud in an instant.

When recording a vocal, these volume differences can be a nightmare when it comes to mixing the vocal and having it sit well with the other tracks.

A little compression can help this, but you can also help this by just moving back a little from the mic.

A singer who is into the performance will probably move around a little bit. When you are close to the mic, even just a little movement forward or backwards while singing will have dramatic volume inflections.

If you are 8-12 inches away and you move a little bit, the difference in volume will not be quite as dramatic. This helps even out any performance from the start. Setting the pop filter about 6-8 inches away from the mic will help keep the singer at the proper distance away from the mic.

How Hot to Record the Levels

This is the step people mess up the most. A lot of people tend to record the levels of the vocal too loud. You don't want to set the preamps on the audio interface too loud, because you could get really close to clipping.

Clipping is when you reach the maximum level on a pre amp and DAW and the signal clips or distorts. This is a nasty sound when recording on digital platforms.

You want to avoid clipping at all costs. Most DAWs have a metering function where you can monitor the input levels. Ensure you do not get hotter, or louder, than around -18dbfs (average).

You'll have peaks every now and than above this level, but making the average level around this number will help you get in the ballpark of a good recording level.

All you need to do is look at the meters and make sure the input level is no where close to the top of the meter while recording.

The Number of Takes

Whether it's me singing or a client, I record the singers singing the whole song all the way through at least three or four times

The first take is usually a warm up, but I record it anyway in case I capture something awesome.

The reason I record all the way through is so I can capture a performance. Punching in line by line seems to be too hyper focused and takes the big picture emotion out of the performance.

After I get about three solid passes, then I can go punch in line by line on certain areas that may have been giving me trouble.

Having the vocalist rehearse before hand, which allows for the three or four takes is key.

This also helps with the editing process when comping the best parts of each take into one best take for the final vocal.

If you have ten takes to choose from, you'll be in the editing phase for a long time, and it's just not necessary.

If you haven't got a good performance at take ten, then you probably need to have the singer come back another day after rehearsing a little more.

Everything I've outlined in this post should get you well on your way to a professional vocal recording. 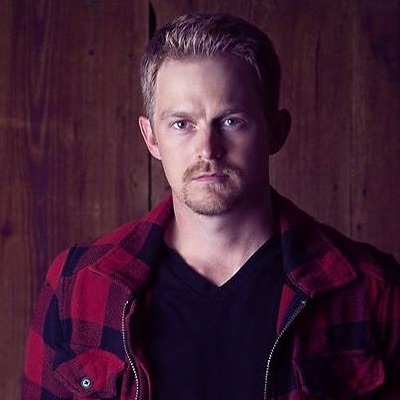 Scott Wiggins
Scott Wiggins
I'm a touring recording artist, singer/songwriter, producer, recording/mix engineer, and music lover. I’ve written and recorded multiple songs which have made it into the top Ten on the TX Music Charts. I have over 15 years experience creating, and sharing music with the world. I’ve had the privilege of recording my music with grammy nominated engineers, and also mentoring under award winning engineers in real studios and on platforms similar to this.
RecordingSol
Weekly email summary